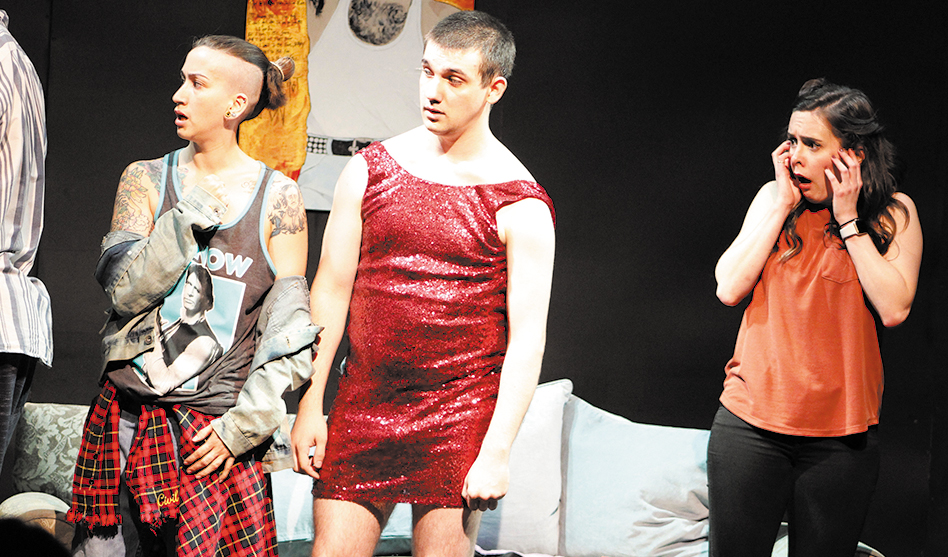 Here are nine productions in the coming season in which casting and representation will be important to watch:

Cooties. Flexible Grey presents Aleandrew Recore’s “sitcom-romcom variety show” featuring a variety of queer, transgender and non-binary performers, including something that rarely happens — a transgender performing in a cisgender role. Produced in association with Uptown Players, and in repertory with Uptown’s production of the one-man play Bright Colors and Bold Patterns, starring Paul J. Williams. Both are performed in Bryant Hall on the Kalita Humphreys Theater campus. Oct. 19–27.

Loving and Loving. Bishop Arts Theatre Center does Beto O’Byrne and Meropi Peponides’ play that explores the landmark case Loving vs. Virginia, about interracial marriage in the U.S. Feb. 6–23, 2020.

Funny, You Don’t Act Like A Negro. Theatre 3 commissioned this play by Denise Lee, with direction by Christie Vela. It explores “the prejudgments we make on our neighbors, the biases we inadvertently pass on to our children and how the simple act of talking to one another is being subverted by social media.” Feb. 20-March 15.

I Am My Own Wife. WaterTower Theatre has been a big topic of discussion in recent years, after short-lived artistic director Joanie Schultz — who was committed to diversity on all levels and programmed seasons filled with works by playwrights who were not white men and had all women directors — resigned. In the coming season, under new AD Shane Peterman, WaterTower will do only the second local production of Dallas native Doug Wright’s one-person, Pulitzer Prize-winning play about Charlotte von Mahlsdorf, a 65-year old German transgender woman who survived both the Nazi onslaught and the repressive East German Communist regime. The performer plays more than 30 characters. It has traditionally been cast with a cisgender white man (Jefferson Mays won a Tony for his performance), but considering that there are multiple characters and the lead character is trans, the options for casting are endless. WaterTower’s official casting notice reads “seeking one extremely versatile actor.” April 16–May 3.

Southern Comfort. Imprint Theatreworks presents Julianne Wick Davis and Dan Collins’ musical (based on the 2001 documentary) about a group of transgender friends in rural Georgia. Imprint’s announcement for this show, presented in Pride Month, states that “We are committed to casting this show responsibly and will be working with local organizations to seek out opportunities for awareness and proper representation, as well as access for transgender youth.”
June 5–20.

Head Over Heels. As one of the largest LGBT theaters in the company, Uptown Players is an important barometer of LGBT theater and casting. This musical, conceived by Jeff Whitty and James Magruder and using music of The Go-Go’s, has a “trans-positive” 17th century storyline, and we’ll be looking for transgender and non-binary performers to be included. At the Kalita. July 10–26.