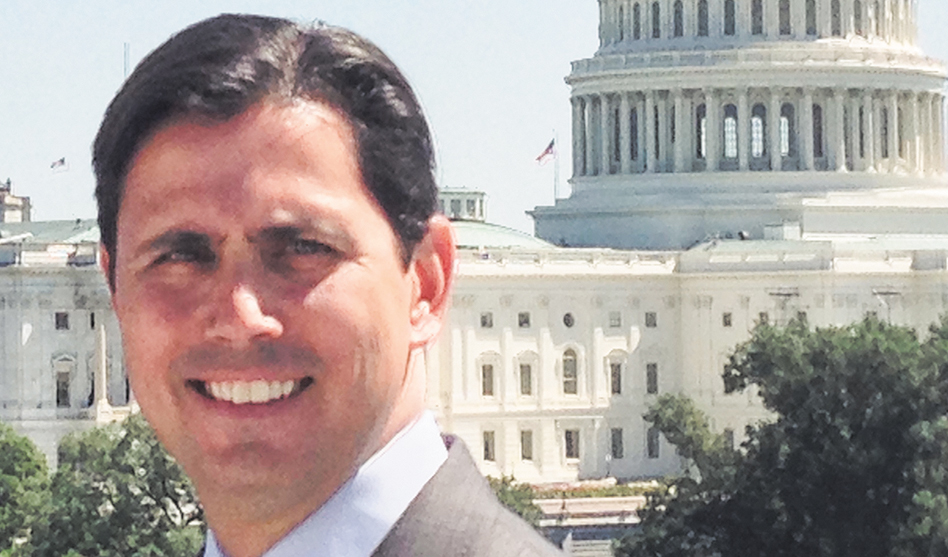 When Bob Satawake met Wally Brewster at JR.’s Bar & Grill in Oak Lawn, he had no idea that the relationship that began that day would lead him to make history as the first same-sex spouse of a U.S. diplomat stationed in a western hemisphere country.

As a kid growing up in Oklahoma, Satawake was bullied. “That was part of my impression of what the world was going to be like for me,” he said. “I was singled out, and I knew it didn’t happen to everybody.”

He said he knew he wasn’t like the other kids in lots of ways. For one thing, he came from a financially stressed home environment. “I used to pray the Lord would take me home,” Satawake recalled. “He had other plans for me.”

Among those plans was meeting Brewster. He then moved from Dallas, where he had been working as an American Airlines flight attendant, to Chicago, where he began working in real estate and became politically active. That’s where he and Brewster met an up-and-coming politician named Barack Obama.

After becoming very active in Obama’s re-election campaign, Brewster was nominated as U.S. ambassador to the Dominican Republic. Satawake said the U.S. has sent other gay diplomats to missions around the world, but they’ve been appointed to serve in countries like Luxembourg, which has had a gay prime minister since 2013.

“Over the course of our relationship with the Alous, we developed an understanding and appreciation for the culture [and] history [of the Dominican Republic] and the importance of its leadership in that region of the world,” Satawake said.

At the time of his appointment, Brewster explained to the Obama administration why the Dominican Republic was the appropriate place for him to represent the U.S.

Satawake and Brewster are one of the few same-sex couples that ever had to get married. Only the spouse of an ambassador can get diplomatic credentials. In 2013, the year Brewster was appointed ambassador, marriage was legal in Washington, D.C., but only certain judges were allowed to perform weddings. So they were married by the judge that replaced Ruth Bader Ginsburg on the D.C. circuit court.

Once in the Dominican Republic, the couple met with opposition from a Catholic cardinal there, beginning what Satawake called an “unnecessarily controversial tour of duty. … It never dawned on us that the leader of the Catholic Church would express such a visceral response,” he said.

But the anti-gay rhetoric coming from the cardinal was a diversion from an abuse scandal rocking the Catholic Church in the Dominican Republic.

Satawake said the cardinal was protecting people by ginning up controversy over the gay diplomat. 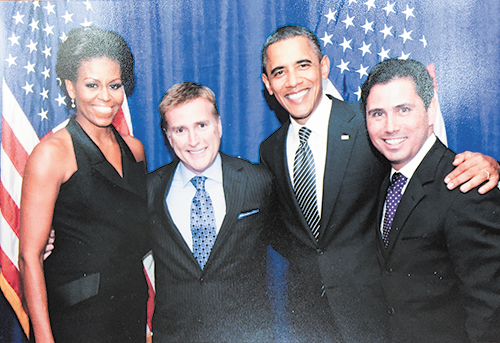 Brewster and Satawake used their positions to promote LGBT equality. While LGBT people are not well accepted socially in the Dominican Republic, and same-sex relations are not recognized there, neither are same-sex relationships criminalized there.

Once the couple began their tour of duty, members of the LGBT community were invited to events at the embassy. At a Pride breakfast held just before the Obergefell v. Hodges Supreme Court ruling legalizing marriage equality in 2015, Randy Berry, the State Department’s first special envoy for the human rights of LGBTI persons, was the keynote speaker. Judy and Dennis Shepard were there, and so was Deena Fidas, who headed Human Rights Campaign’s Workplace Equality Program, and Minou Mirabel, a deputy in the D.R.’s lower house.

“It raised awareness around equality in the Dominican Republic in a way the general population could relate to,” Satawake said. He said the positive press coverage in the country had a positive impact on the way the media referenced LGBT people after that.

Satawake said there was nothing really activist about what he and husband did for LGBT equality; they were simply including the LGBT community as a welcome part of the Dominican population.

When the Centers for Disease Control funded an AIDS clinic in a poorer area in the country, and the LGBT and AIDS communities said they needed some media attention, the couple attended the opening of the clinic. Rather than let the money be spent under the radar as usual, they let the country know the U.S. was actively and openly supporting these initiatives.

When Satawake and Brewster were invited to participate in Santo Domingo Pride, they organized diplomats from a dozen countries to participate in a ribbon cutting to open the event. Satawake said he learned that when you invite non-LGBT people, you might be surprised how many will come.

That initiative has grown. This year, the diplomatic corps rented a bus to be in the parade. The U.S., however, didn’t participate.

Satawake did TV and radio appearances during his tenure in the D.R., which raised the profile of a gay couple as the U.S. representatives in the country.

After returning to the U.S. at the end of the Obama administration, the couple returned to Dallas. And in July this year, Satawake released a book about accompanying his husband, officially titled The Extraordinary and Plenipoteniary U.S. Ambassador Wally Brewster, and the story of what led up to Brewster’s appointment.

His book, Breaking Protocol: Forging a Path Beyond Diplomacy, debuted at No. 1 on Amazon’s new release list, as the No. 1 Dominican travel guide and as the No. 1 activist biography. Satawake doesn’t think anyone will read his book as a travel guide, although he does point out some places to see and, despite the trouble with the cardinal, talks about how warm the Dominican people are.