Huge surprise: Texas is less LGBTQ business-friendly than other states 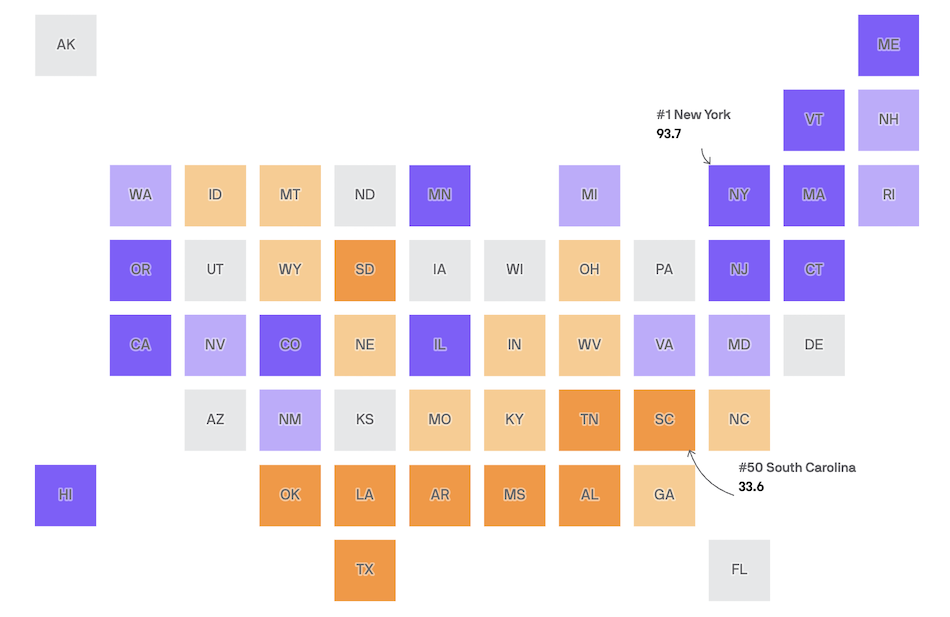 “Texas trails nearly all states when it comes to offering an inclusive climate for LGBTQ+ workers,” according to a press release from Axios Austin.

Axios explained why it matters. “Companies seeking to expand in Central Texas may find it difficult to attract and retain employees if the region is viewed as being hostile to workers’ rights,” the organization wrote. “And it could be harder to lure new businesses to the state.”

And Axios places the blame directly on Gov. Greg Abbott saying he’s had it both ways: “selling Texas as low-regulation and business-friendly even as he has ordered state agencies to investigate the parents of transgender kids for child abuse for pursuing gender-affirming care.” The report give Abbott a score of 1 out of 5.

Out Leadership claims, “states, cities, and municipalities that are more LGBTQ+ friendly reap the benefits of the brightest minds.”