How far will they go? 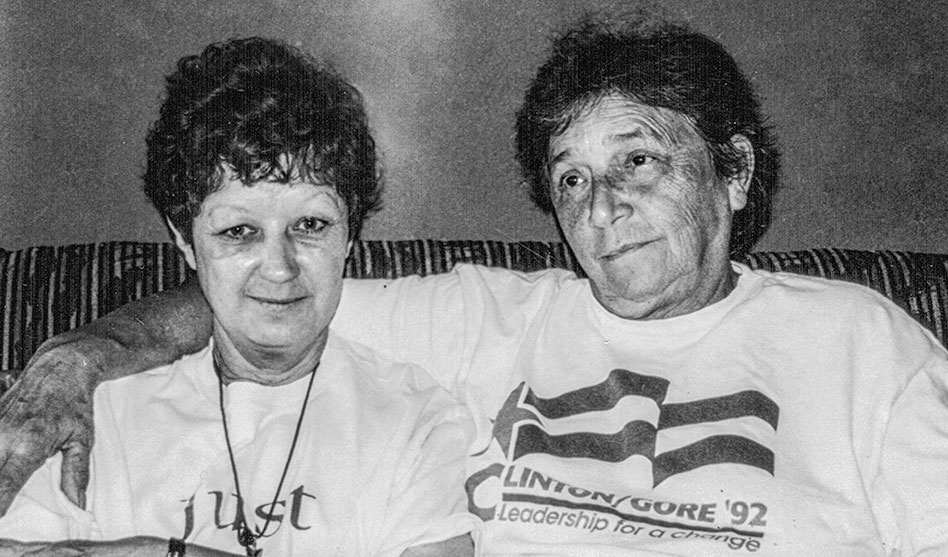 Norma McCorvey, left, with her partner Connie Gonzalez in 1994 when her memoir, I Am Roe, was published. (Tammye Nash/Dallas Voice)

After a stunning win in the Supreme Court, the right wing has just begun to take away your rights

Who were Roe and Wade? In addition to taking away a woman’s right to take care of her own body, what other rights are in jeopardy now? How far will the right wing try to go? Here’s some background.

Who was Roe?
Norma McCorvey, a lesbian living in Dallas, was recruited to be the named plaintiff in a challenge to the Texas abortion law. Attorney Linda Coffee, who teamed up with Sarah Weddington for the case, found McCorvey in 1969 when she was 21 and pregnant for the third time.

Although the case was filed, it didn’t come to court during her pregnancy, according to the former executive director of Choice, Janie Bush. McCorvey had already given birth and had given the child up for adoption by the time the case when to court.

McCorvey was known as Jane Roe in court documents, and, in reality, she had little to do with the case. She never attended the trial and wasn’t called or deposed as a witness.

After the trial was over, McCorvey revealed she was Jane Roe and claimed she wanted an abortion so she could find work to support her other two children. She also said she suffered from depression. In 1983, McCorvey claimed she had been raped, but a few years later she retracted that statement.

In 1995, while she was working at an abortion clinic, McCorvey met Dallas anti-gay and anti-abortion activist Flip Benham. She was baptized in the backyard swimming pool of a Garland home, renounced her lesbianism and switched sides in the abortion debate.

According to Bush, McCorvey resented members of the choice movement for not giving her more credit and for having mostly ignored her role as Jane Roe. 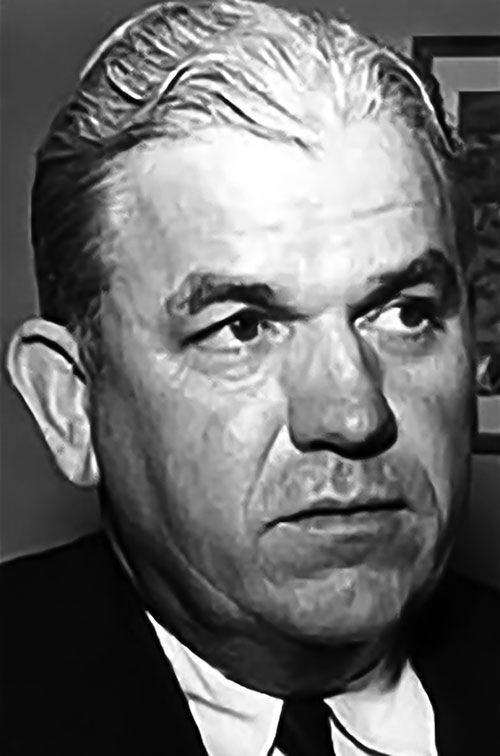 McCorvey remained a member of the pro-life movement almost until her death in 2017. Before she died, however, she admitted that she never actually believed anti-choice rhetoric but changed sides because the forced birth movement had paid her to become their spokesperson.

Who was Wade?
Henry Wade was Dallas district attorney from 1951 to 1988. He was a Democrat — a racist, right-wing, anti-Semitic, homophobic Democrat.

Wade was also district attorney during the prosecution of Randall Dale Adams who was arrested and wrongfully convicted of the murder of a Dallas police officer. Adams was given the death penalty but was given a stay three days before his execution date. Gov. Bill Clements commuted the sentence to life in prison and, in 1988, Adams was exonerated after spending 12 years in prison. The story was turned into the documentary The Thin Blue Line.

When Dallas police arrested men for dancing together at Village Station, Wade was all too happy to prosecute despite having absolutely no evidence. The men were found not guilty when attorney Don Maison proved that from where police were standing before the arrest, they didn’t have a view of the dance floor.

Those cases helped created Wade’s legacy of “convict at all costs.” His tactics included rigging his juries by asking potential jurors their religion and excluding anyone who was Jewish for being too liberal. Few Blacks and Hispanics were allowed on juries during Wade’s time in office for the same reason.

Wade retired in 1987. He was succeeded by Republicans — John Vance and Bill Hill — until 2007 when Democrat Craig Watkins was elected for two terms.

What can we expect next?
Republican state Rep. Briscoe Cain, R-Webster, outlined his anti-abortion agenda for the next Texas legislature on WFAA Channel 8 in Dallas. His proposed legislation falls into these three categories:

• He wants to allow district attorneys to cross jurisdictions to prosecute Texans in large counties when the local DA declines to file charges. In other words, Republican DAs from smaller counties can override the decisions of locally-elected district attorneys in Dallas, Houston, Austin and San Antonio.

• He plans to criminalize pregnant women who travel to another state to access abortion services.

• He proposes going after “accomplices.” That includes everyone from a doctor to someone who offers a ride and companies that have offered to pay for travel from Texas to a state where abortion is legal.
Expect his list of proposed new “crimes” to grow.

And, when SCOTUS’ decision overturning Roe was officially announced last month, U.S. Supreme Court Justice Clarence Thomas broke precedent by laying out in his concurring opinion to reverse Roe exactly which cases he would like to see revisited by the high court:

• Griswold v. Connecticut: This was the 1965 case that legalized birth control. In Texas, for example, sale or distribution of condoms was illegal until this case. So were birth control pills and diaphragms.
But what are the consequences of making birth control illegal to the LGBTQ community? Well, condoms that are used to prevent the spread of sexually transmitted diseases could again become illegal.

• Lawrence v. Texas: This was the 2003 case that set aside the Texas sodomy law. The case was based on the arrest of two Houston men who were having sex in their own bed when police mistakenly broke into their apartment. The Texas sodomy law, while unconstitutional, remains on the books and would take effect immediately upon the repeal of the Lawrence v. Texas ruling.

• Obergefell v. Hodges: This case brought marriage equality to all states, including Texas. From the time Massachusetts legalized marriage in 2004 until this ruling in June 2015, the U.S. had a patchwork of marriage laws. The previous prohibitions against a same-sex couple marrying remain on the books in Texas and established marriages could be voided if Obergefell is overturned.

But which SCOTUS decision did Thomas not challenge? Loving v. Virginia —the 1967 case that allowed interracial marriage. And why isn’t Thomas welcoming a challenge to that right that’s little different from Obergefell? After all, both cases simply allow two people to marry each other — one regardless of race, the other regardless of gender?

Well, repealing Loving would affect his marriage, and we wouldn’t want to inconvenience our senior justice, now would we?

Funny that neither Thomas nor Cain proposed any new regulations on trans kids who, at least in Texas, have been the scapegoat for gun violence in schools, the power grid outage that resulted in hundreds of deaths, the high price of gas, the war in Ukraine and anything else that happens to come along.

What we know so far

At Burch Law, we know that many LGBTQ Texans are worried about the future of their rights and their marriages after the recent SCOTUS decision overturning Roe v. Wade. If you haven’t heard, and without getting too legally technical, some justices as well as anti-LGBTQ advocates have used the REASONS for overturning Roe as a basis to overturn pro-LGBTQ cases, including our two marriage equality cases. Other privacy related cases are also potentially on the chopping block.

So what do we know?

Well, not a whole lot yet. But, sadly, ANYTHING is on the table.

Marriage equality could be overturned; the privacy of intimate relationships is in question, and parental rights for LGBTQ parents are even more questionable.

If the court invalidates marriages, it won’t matter WHERE you got married.

So what can we do?

There are definitely some pro-active measures that you can take NOW. And, in fact, all of these are legal protections you SHOULD have regardless of any court decisions.

• Get your estate planning documents in order! This includes wills, trusts and powers of attorney. And PLEASE do NOT try to do this online or through a firm that doesn’t have any expertise on estate planning AND LGBTQ rights.

• If you already have an estate plan in place, you may want to consider options for avoiding court and government involvement, such as probate. A will DOES go through probate court, which means your decisions will be subject to a court’s review and is arguably easier to challenge by family. Other planning documents, such as revocable living trusts, can keep everything private and out of the government’s oversight.

• If you are considering getting married, you may want to do so sooner than later. We don’t know if current marriages will be overturned or not, but this will give you the most protection possible in case it is just future marriages that will be banned.

• If you and your partner have children and haven’t done a second-parent adoption, DO IT NOW! Being listed on a birth certificate does NOT grant parental rights. Reach out if you have questions about whether a second parent adoption is needed in your case.

It’s easy to get fooled by companies jumping on the rainbow bandwagon to show their support, something we saw a lot of last month during Pride Month. Sure, they are seeking our money, but are they also supporting our rights? These are uncertain times, and we cannot afford to give our money AND our rights away.

It’s time we look closely at the people and causes these companies support, and look at their policies for their business and employees. Just because they say they support us, doesn’t mean they put their money — OUR money — where their mouth is. So while they wave their rainbow flag in front of your face, what are they doing behind your back?

Whether you are a member of the LGBTQ community or an ally, we need to be vigilant in ensuring that when we hand over our money, we aren’t also handing over our rights.

Burch Law was founded explicitly for the LGBTQ community and is focused on the area of wills, trusts, powers of attorney, and estate planning. We have a wide range of qualified referrals for any legal needs with which we cannot assist. Other resources we recommend include the North Texas LGBT Chamber (LGBTChamber.com), Rainbow Roundup: RRup.org or Facebook.com/RainbowRoundup), Lambda Legal (LambdaLegal.org/States-Regions/Texas) and The Human Rights Campaign (HRC).org.