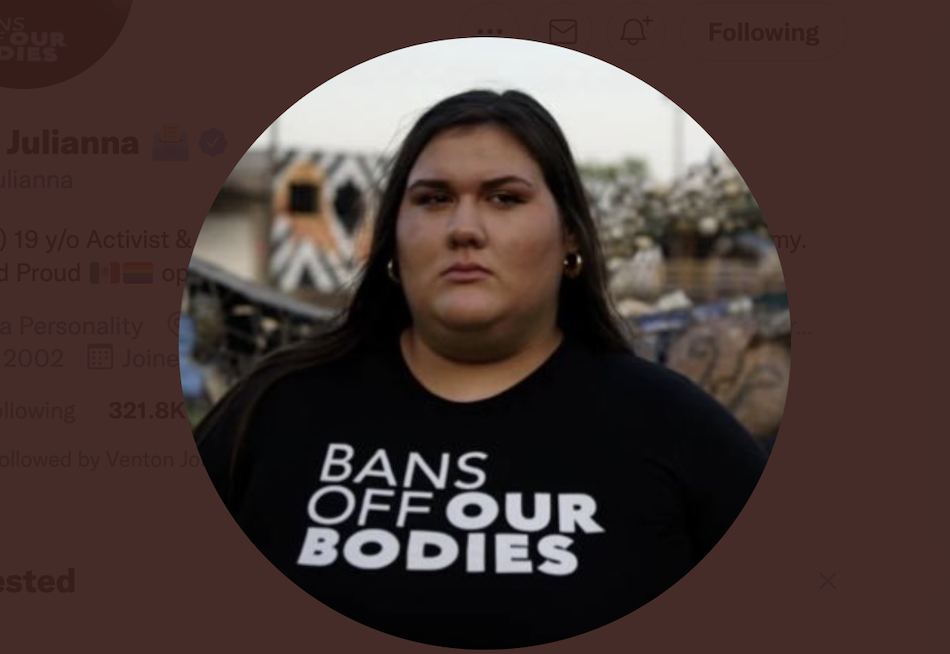 Olivia is Houston teen Olivia Julianna. The “well done” is for a take down of Rep. Matt Gaetz, who tried to insult the teen because of her support of abortion rights. Gaetz is under investigation for sex trafficking.

Gaetz tweeted about Olivia wondering why it’s always the “odious 5’2 350 pound” women that “nobody wants to impregnate” who support abortion. He said she was shaped like a thumb.

Olivia let the body shaming roll off her back with one correction — she’s actually 5’11, 6’4 in heels. Then she started a fundraising campaign called Gen-Z for Change through ActBlue.

George Takei chimed in, tweeting: “It’s been amazing watching this young activist take on and take down Matt Gaetz. Then to watch her raise so much money for abortion access has been inspiring. Get in on the game and chip in a few bucks today! #MattGaetzIsTriggered” And that hashtag began trending over the weekend.

In less than a week, Olivia’s raised $2.2 million that will be divided evenly among 50 abortion providers across the country.

You can contribute and read more about her campaign here.