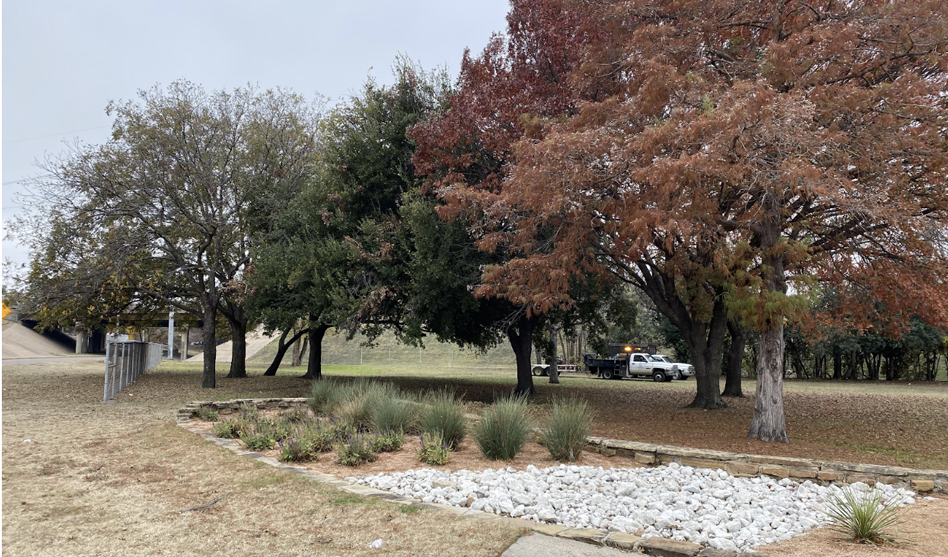 It appears that lack of adequate coordination and communication between departments in the city of Dallas government has resulted in the displacement of an encampment of houseless individuals in Craddock Park less than two weeks after an official memo announced a halt of all “encampment resolution” efforts by the Office of Homeless Solutions in the month of December.

The announcement that the city would temporarily halt these “encampment resolution efforts” came amidst a surge in COVID-19 cases across the state. In order to reduce community spread, city officials said on Dec. 4 that the city would begin following CDC guidance, which recommends not dispersing encampments if adequate housing options are not available.

This morning (Tuesday, Dec. 15), Dallas resident Cannon Brown was driving by Craddock Park near the North Dallas Tollway when he saw what appeared to be the removal of an encampment of houseless individuals who he had seen there consistently for the past two months.

“I drive by that spot about once every day, and at the back of that grassy area there’s been several tents up along some brush and the fence line near the tollway, not near the street. Driving by this morning, I noticed two police cruisers sitting up on the grassy area and a fleet of city trucks,” Brown said.

Brown said he thought at the time police were removing the encampment. Later that day, representatives at City Hall told Dallas Voice they were “removing trash” at Craddock Park, but would also admit that they did not know if what was perceived as trash by city employees was, in fact, someone’s belongings.

Photos and eyewitness accounts of the events this morning collected by Dallas Voice suggest that this “”trash” was indeed the belongings of at least one houseless person. Several objects were seen locked in the bed of a Park and Recreation Department truck, including what appears to be a tent, tarp and suitcase.

So much for one man’s treasure.

In a conversation with Dallas Voice, a representative from the Dallas Park and Recreation Department confirmed that they had removed objects from Craddock Park in coordination with the Office of Homeless Solutions this morning. However, they were not able to comment at the time regarding why the removal had occurred, or whether those objects had in fact constituted an encampment that had been there for several weeks.

In a separate conversation with a public affairs representative for the city of Dallas, Dallas Voice learned that the Office of Homeless Solutions had last conducted outreach with individuals at Craddock park on Dec. 8, but had not made contact with them since.

Though it is unclear exactly what happened between Dec. 8 and today, it appears that some calls were made to initiate “cleanup” efforts to improve the sanitation of several areas across the city where houseless folks had gathered in encampments. These cleanups were made out to be distinct from the sweeps and “encampment resolution efforts” that the Dec. 4 memo intended to halt.

The memo explicitly lists a number of alternatives to encampment clearings, including increasing the amount of space between sleeping areas to reduce infectious spread, working with community members to improve sanitation in encampments, providing supplies to stock nearby public restroom facilities or assisting with providing access to portable latrine facilities.

Unfortunately, it seems some in City Hall didn’t get the memo.

Who exactly is responsible for calling in the cleanup effort is still unclear.

As far as what happened on Dec. 8, representatives with the Office of Housing Solutions, via the public affairs representative, stated that the individuals at Craddock Park were offered housing on Dec. 8, which they had declined for reasons that were not made clear.

This seems plausible (to their credit, the city has started offering free hotel stays for many experiencing houselessness as the weather turns cold) but cannot be confirmed.

As of this writing, the Office of Homeless Solutions has not been able to confirm whether the individuals at Craddock Park had only been temporarily absent from their belongings this morning (notably, many homeless centers in Dallas offer services before noon).

Public affairs representatives have promised gather more information on what exactly happened, and Dallas Voice is still waiting for answers to questions we asked earlier.

Until then, it appears almost certain that this coordination failure resulted in the displacement of at least one houseless Dallasite — all this during a pandemic and amidst one of the coldest, wetest weeks of the year, something that the Dec. 4 memo was explicitly intended to prevent. 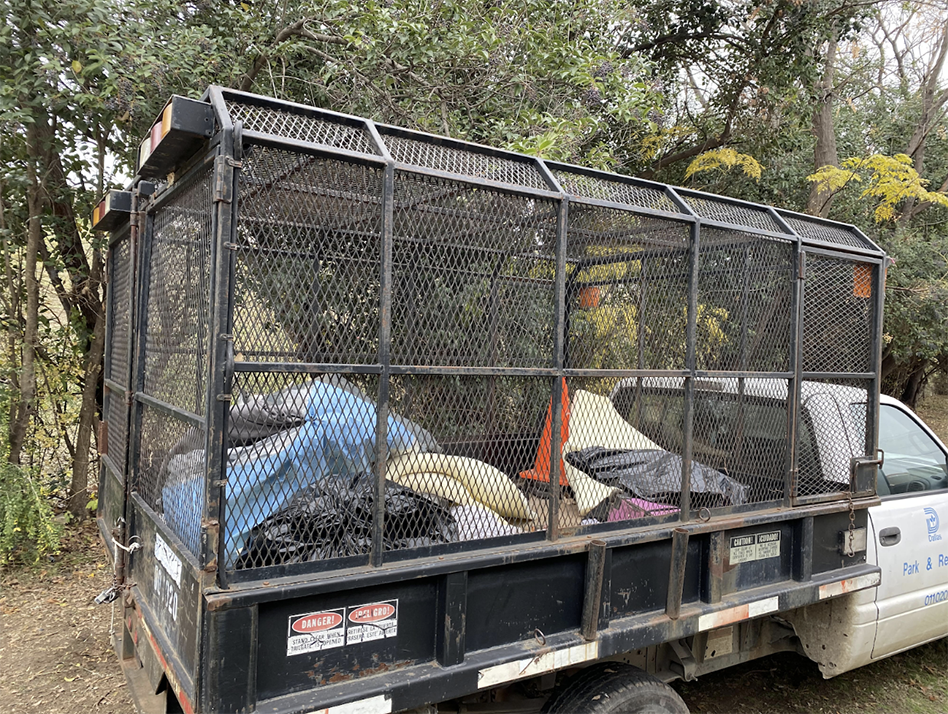 The belongings of at least one houseless person who had been camped in Craddock Park were picked up and locked away in a city park department truck, despite a memo earlier this month prohibiting such rousts.