‘Drag Out the Holly’ with Alexis, Jujubee, Peppermint, Lagoona and the APO 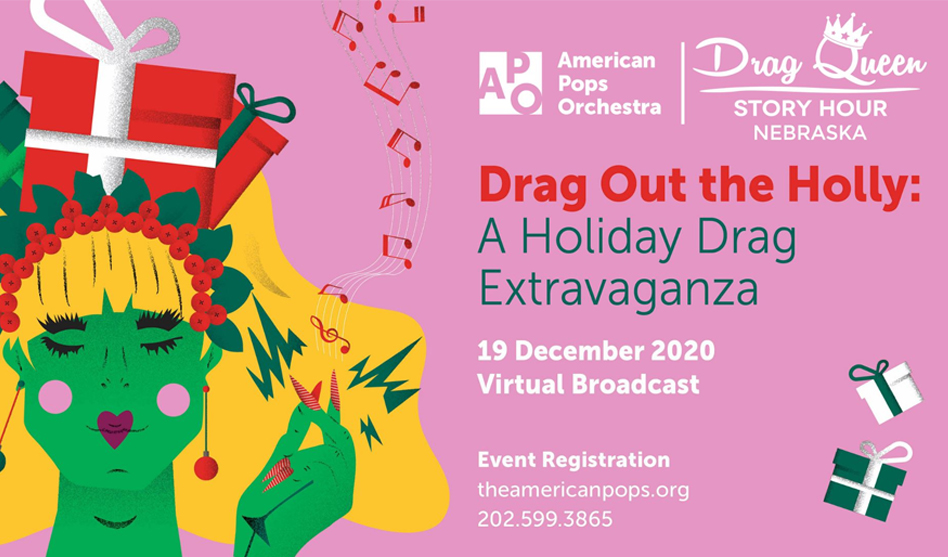 The Actors Fund, a national human services organization for everyone in performing arts and entertainment, and Drag Queen Story Hour Nebraska have announced the premiere of The American Pops Orchestra’s “Drag Out the Holly: A Holiday Drag Extravaganza,” coming Saturday, Dec. 9, from 8-9 p.m. CST, via a free private broadcast.

The broadcast will also include interviews with the featured artists as they talking about coming out and what support systems they had to help them on their journeys.

While the broadcast is free, you can donate to the orchestra and, by using the code ACTORSFUND, you can designate 50 percent of your donation to help those in the performing arts and entertainment who are in need, via The Actors Fund, a national human services organization fostering stability and resiliency by creating a safety net for those in the performing arts and entertainment throughout their lives.

To register for a private link, go here.