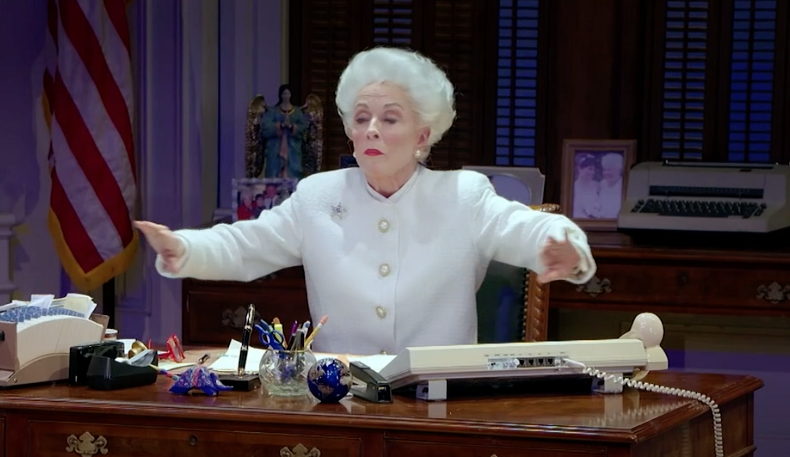 Holland Taylor is familiar to TV audience for her Emmy-winning work on The Practice and Hollywood, and for her May-December romance with partner Sarah Paulson, but theater queens know her for writing and starring in the Broadway production of Ann, a one-woman show about former Texas Gov. Ann Richards. She was in Dallas briefly last fall when Dallas Theater Center presented it at the Kalita, but if you missed that, you have a chance to catch the original. PBS — locally via KERA Channel 13 — will air a filmed version of Taylor herself in the stage production of Ann this Friday as part of Great Performances. It may be available on the PBS app and website later, but why take the chance? (You can see a trailer for it here.)