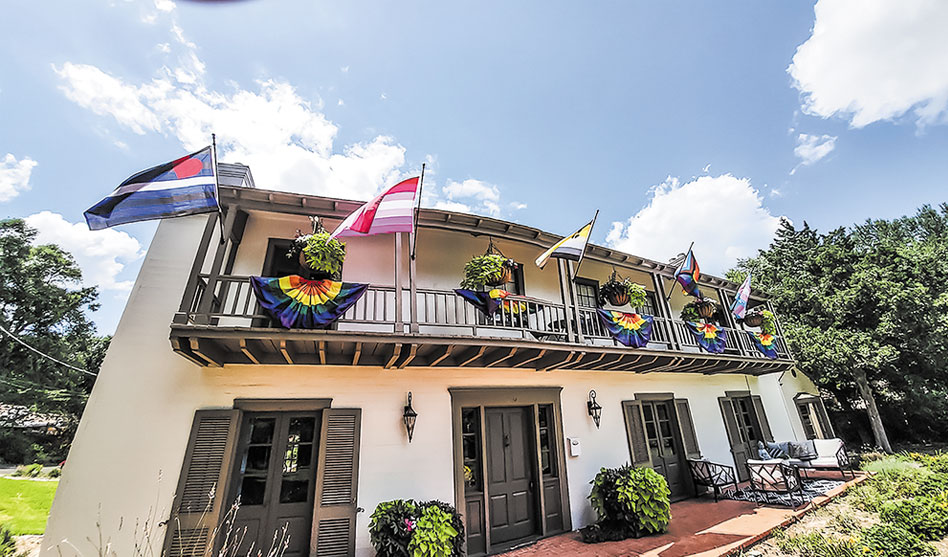 An act of anti-gay vandalism brings a community together

Corsicana police are investigating the destruction of Pride flags on private property as a hate crime in Corsicana, and the property owners are forging ahead with their celebration with new flags and decorations.

Keith Dowler and Terry Wayne Garner decorated their home for Pride month at the first of June, then took their 8-year-old daughter on vacation. They were in Tyler where they planned to visit the zoo and a water park when they received a call from police about vandalism on their property.

So the couple returned home. 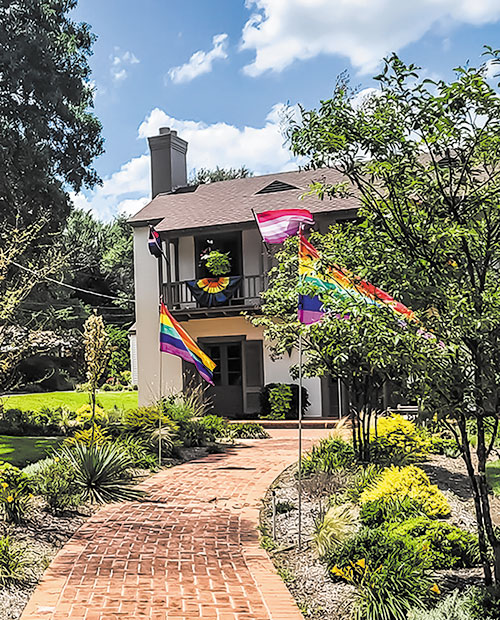 For Pride month, Dowler and Garner had flown a variety of Pride flags from their house and had lined their walk with 10 flags. When they returned home, they found the flags running along their walk torn down and burned. One of the flags had been burned on their doorstep. At press time, the perpetrator hasn’t been caught.

Garner said that was a tactic to instill fear, historically used by the Ku Klux Klan to scare its victims. But the story was just beginning.

Garner and Dowler moved to Corsicana from Dallas four years ago as housing prices began to rise in the city. They had looked for a house closer to Dallas, but, Garner said, he worked on the south side of Dallas, and his commute from Corsicana is only about 35 minutes.

They found a large, old house with a history they loved, that needed renovation. So they wrote the owner a letter, and she chose them over other bidders to buy the house.

Originally, the house was owned by a woman named Love who married a man named Story. So Garner and Dowler named the house after her: They call it the Love Story mansion.

Since they moved in, family members of the original owners have dropped by to see how the renovations were going and have said how happy they are that a loving family lives there.

But apparently not everyone is happy to have them there.

When the couple returned home from Tyler and found the burned flags, they also discovered other light damage, like broken flower pots on their walk.

But that wasn’t the worst part of the incident: “We have an 8-year-old,” Dowler said last week a day after finding the damage. “We had to sit down with her and explain hate.”

But this week, Garner said, things have turned.

“How dare someone burn my flags,” their daughter told her dads over the weekend. So on Monday she was delighted when a new “Love is Love” banner arrived, and they hung it on a flagpole together.

That was just part of the healing. Because the story you’d expect to hear out of a rural Texas city isn’t the story that happened.

When the police chief visited the house, Garner asked if the chief would classify the incident as a hate crime. After a quick call to the Navarro County district attorney, the chief said yes.

Corsicana City Councilwoman Susan Hale then offered a $250 reward for information on the crime because, she said, hate doesn’t belong in her city. Since then, other people have contributed to the fund to increase the reward to $1,350.
Neighbors have stopped by the house since the incident, and several came with Pride flags to replace the ones that were burned.

One person who came by said he had always wanted to fly a Pride flag over his Corsicana home but was afraid something like this would happen. One woman drove up from Austin with a flag. Others brought flowers.

Another, who Garner described as “redneck,” told the couple he was getting custody of his son who wears make up and asked if he could bring his child by. Comments on the articles in the local newspaper — a forum haters often take advantage of to spread their hate anonymously — were supportive.

And their daughter learned a lesson, Garner said, but it wasn’t about hate: “Our family is different, but not really. We’re the same because we love each other.”