We are ‘greater than AIDS’ 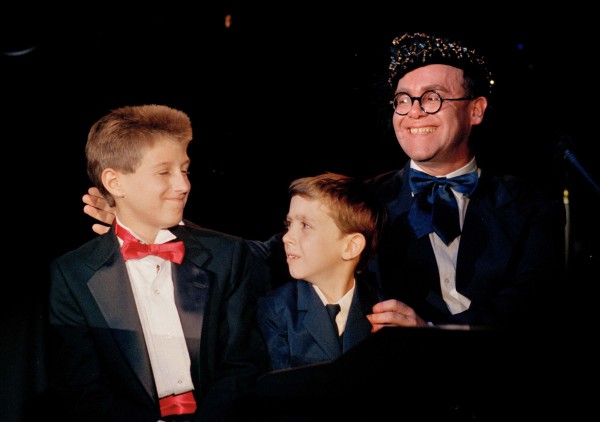 A LOOK BACK | Elton John, right, is joined by Ryan White, left, and Jason Robertson, both suffering from AIDS, as he performs at “For the Love of Children” benefit for children with AIDS and other serious illnesses in 1988. (Alan Greth/Associated Press) 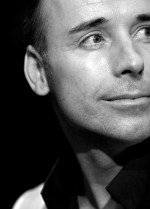 DAVID FURNISH  |  Special Contributor
This year marks 30 years since the discovery of the first case of what was later identified as AIDS. With that news, our lives and relationships as gay men were forever altered.
We witnessed an unthinkable tragedy that has taken the lives of more than a quarter million of our gay and bisexual friends and lovers.
In the face of this devastation, leaders emerged. The crisis helped to shape our community’s political agenda, and it provided a platform around which gay leaders could advocate for rights and equality. We realized that if we informed ourselves and acted on what we learned, we could be greater than the disease.
Thanks to the efforts of gay men and our allies, our community saw a dramatic decline in new infections by the late 1980s. Many of us can look back with immense pride at the collective response in those early years.
The availability of effective combination drug therapies in 1996 fundamentally changed how we thought about HIV. No longer was HIV the death sentence it had once been. We had new hope. For many, HIV was a manageable chronic disease.
Many of us turned our attention to marriage equality, adoption rights, the repeal of “don’t ask, don’t tell” and other pressing issues facing our community. While we broadened our focus, AIDS did not.
When we become complacent, HIV thrives. New HIV infections among gay and bisexual men in the United States are on the rise. Yes, on the rise.
We are the only risk group for whom this is the case. According to a recent study by the Centers for Disease Control, one in five of us — that is, gay and bisexual men — in some of the largest U.S. cities today are living with HIV. And half of those who are positive do not know it.
Unless we act now, we will see these numbers rise even higher, and quickly.
My partner, Sir Elton John, often talks of his friend Ryan White, a boy whose tremendous courage in the face of AIDS forced our leaders to take action and inspired many of us. Today, Ryan’s story continues to remind us that just as HIV began one person at a time, it will end one person a time.
Elton and I recently had a baby boy. Becoming fathers has given us new perspective on what it means to take care of one another — as parents, as partners and as members of a community.
And, it reminds us that we cannot be complacent in helping to create the kind of society in which we want our son to grow up. In short, we must take responsibility and each do our part to create a future free of HIV, by being informed, using protection, getting tested and treated — and by getting involved.
And so, as we mark 30 years of this disease, Elton and I have recommitted ourselves to being greater than AIDS. As chairman of the Elton John AIDS Foundation, I’m proud of the community organizations with which we are working to fight stigma and prevent the spread of the disease. And I’m proud that leading LGBT companies — like HERE Media, LOGO TV and Dallas Voice — are refocusing attention on this epidemic. And I hope more will join us.
As a community, we once showed that we could be greater than AIDS. Now is our time to do it again. Visit GreaterThan.org/pride to get started.
David Furnish is Chairman of the Elton John AIDS Foundation (EJAF.org). The Elton John AIDS Foundation is a supporting partner of Greater Than AIDS (GreaterThan.org/pride), a national movement organized in response to AIDS in America with a focus on the most affected communities. Columnist photo courtesy Richard Leslie.
This article appeared in the Dallas Voice print edition March 4, 2011.