Get ready for The Body 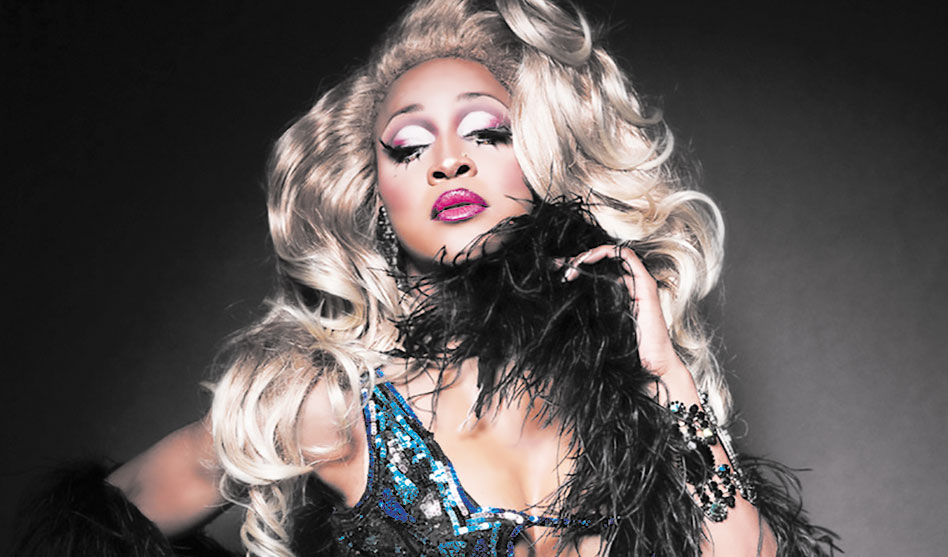 A Dallas native, A’keria is a member of the renowned Haus of Davenport drag family, and was already a well-known entertainer around North Texas when she was chosen to compete in Season 11 of RuPaul’s Drag Race, making it all the way to the final four. She returned this year to compete in the just-completed Drag Race All Stars 6, but was eliminated in week six. Then in Week 10, the “Rudemption Lip-Sync Smackdown,” A’keria surprised everyone when she opted out of the epic lip-sync battle to win her way back on the show. 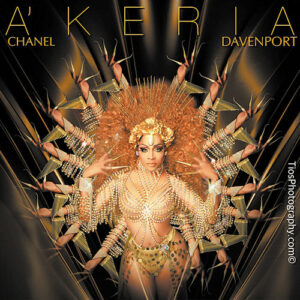 This week, as she prepares for her headlining gig at the Greg Dollgener Memorial AIDS Fund’s Night of Stars: Heroes fundraiser on Saturday night at S4, A’keria took the time to answer a few questions for Dallas Voice about Drag Race, the Davenport family, her advocacy for transgender people and more.

Dallas Voice: As I write this, Drag Race All Stars 6 is a few days away from the season finale. Two episodes ago, the audience and the four remaining contestants watched as the “game within the game” played out as a series of lip sync battles between eliminated contestants. But you chose not to participate. You said you could “take the things I’ve now learned about myself, that this competition has taught me, and apply that to my next journey in life.” What are those things you learned from your time on Drag Race, both in Season 11 and on All Stars 6? A’keria C. Davenport: Pull up a chair, ’cause this could take a minute, lol. For starters, I learned that cakey makeup and HD don’t mix, lol. I honestly learned to appreciate the talents that I possess and contribute to the world. Often times, even as established entertainers, you see so many others get praised for things you may not be able to do, and it makes you question who you as an entertainer are. But EVERYTHING ISN’T FOR EVERYONE! So learn who you are and what you’re great at, and allow the world to enjoy just that.

I know that you are from the DFW area, or at least, you were living here in DFW before you were on Season 11 of Drag Race. But I read online that after Season 11, you moved to Katy, down near Houston. Why did you decide to leave DFW? And what made you choose Katy? In the words of my All Stars 6 sis Rajah O’Hara: “BIG D BABY,” lol! Yes, I was raised in Dallas, but when I made the decision to move, it was solely just wanting some change of scenery. I’m very family oriented, so I wanted somewhere close enough that I could drive to them if needed — although I really don’t like driving, lol.

I remember you talking about your family when you were on Season 11, and about raising your nephew. How has that experience — taking on the role of a parent — affected who you are as a person? How has that responsibility affected your career path? Honestly, it’s bittersweet, because you have to make sure you don’t get so consumed with your work that you forget him and those helping with raising him. But you also have to keep in mind that there will be special moments that you will miss as a sacrifice to make a better life.

You have also talked on Drag Race about living as a woman for a while before realizing that you identify as a man. You have said that because of that experience, you will always be an advocate for trans people. Talk a little about that advocacy and what it means to you. Well, I lived as a woman for about two-and-a-half to three years. Many only see the hardships that trans people face when [those hardships] make the headlines. But it’s goes soo much deeper than that. Medication, advocacy, housing, benefits and especially protection are just a few of the necessities that most trans people — especially trans people of color — don’t receive. I lived that life, and I’ve experienced those struggles, and I have lost people very close to me to anti-trans violence. So I would feel less than human to not work to protect my trans brothers and sisters.

The last couple of years have been especially hard here in Texas and across the country for the transgender community, especially for trans women of color. From your perspective as an advocate for the trans community, how do you think that our society overall is responding to that violence? What about our LGBTQ community? Are we responding the way we should? Honestly, I think [when a trans person is murdered] society allows ignorance to overshadow the fact that a human being’s life was wrongfully taken from them, as if trans people aren’t of any value. So they tend to say things like, “She was trying to trick him.” Let’s be very clear: MOST TRANS WOMEN ARE NOT OUT HERE SEEKING “straight” MEN TO TRICK, BUT MOST “straight” MEN ARE OUT HERE SEEKING TRANS WOMEN TO TRICK ON! Let that one sit in your spirit.

So, to sum it up, no. Most of society could care less about the struggles of trans people, and the sad part of that is that it includes most of the LGBTQ+ community.

The Haus of Davenport has always been known in the LGBTQ community, especially here in North Texas. But thanks to Drag Race and the growing popularity of drag as an art form, Haus of Davenport is famous well beyond the world of drag and the LGBTQ community now. What do you feel sets the Davenport family apart? Not to take anything from any other family, but we are more than a haus, WE ARE A FAMILY! What the mothers of the house — like Kelexis, Armani, etc. — teach goes beyond just drag, because any girl can be good on stage, but who are you when the curtains close? That’s what really matters. Oh, but don’t get it twisted! The Haus of DAVENPORT loves to drag, and it shows! D.A.V.E.N.P.O.R. — and when you see us, we will be the T!

Do you think all the newfound fame is a good thing? Or are there some drawbacks to it all? I feel like there are drawbacks in everything you do. Miss Thing, the price of fame is high! But I take all of my “Ls” and make those girls LESSONS on how to be greater and on what not to do. So, to all the haters THANK YOU! Lol! But honestly, I’ve loved this rollercoaster into “fame,” ’cause the stories I’ve heard about the lives I touched from simply being me and doing what I love are sooo rewarding.

Lastly, you said you are going to take what you have learned on Drag Race and “apply that to my next journey in life.” Tell us about that next journey. Where do you go from here? I will continue to grow stronger as a person and an entertainer. I know now that no matter what I do, DENIAL IS NOT A DEFEAT. I will spread that message to others and teach people that it’s OK to not be all the time. You are the narrator of your life, so don’t do what would hurt you just to please others.

And one really last question: What have I not asked you about that you want people to know? Whew, chile! Someone needs to look up the meaning of “last,” lmao. Nah, just kidding. Honestly, I feel like there isn’t anything I could tell my fans that I haven’t already shown them. You all have seen my ups and downs, my fight, my defeat, my talents, my drive, my ass almighty (lol), my charisma, uniqueness, nerve and talents. Hell, you’ve even me cry, lol! What more could you want to see, other than me wearing that Drag Race crownlol! But I do have plenty of crowns that look mighty similar *bloop bloop*! But I will forever love you all.

Oh, and just ’cause I didn’t return that one last time to the main stage to lip sync DOES NOT mean that you’ve seen the last of me — coming to a screen and main stage near you: The BAWDY is on the move!

General admission tickets are $25; a limited number of VIP tickets — which include a reception with appetizers and a meet-and-greet with performers — start at $50.

Tickets are available online at GDMAF.org.