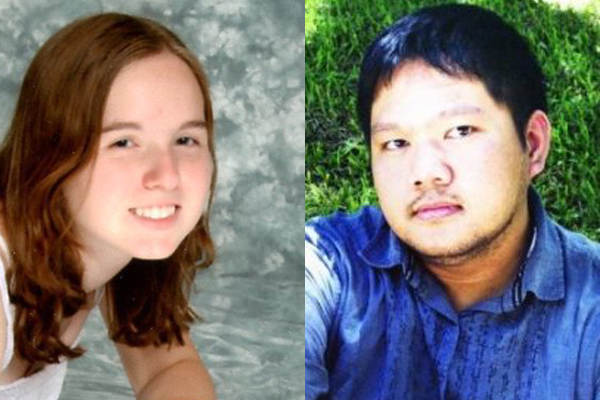 Daniel Willyam, right, faces up to life in prison for the 2009 murder of Samantha Nance.

A Dallas County jury today found a gay former Navy pastry chef guilty of murder in the 2009 stabbing death of his roommate’s girlfriend.

Daniel Willyam, 28, faces up to life in prison for the murder of Samantha “Shelley” Nance, 20.

Nance, a student at the Dallas Art Institute, was found stabbed 42 times at her Lake Highlands apartment.

Willyam, who also attended the Art Institute, was the roommate of Nance’s boyfriend, Nathan Shuck. Prosecutors say Willyam murdered Nance out of jealousy because he had become increasingly obsessed with Shuck.

The Dallas Morning News reports that the jury, which found Willyam guilty earlier today, is now weighing his sentence.