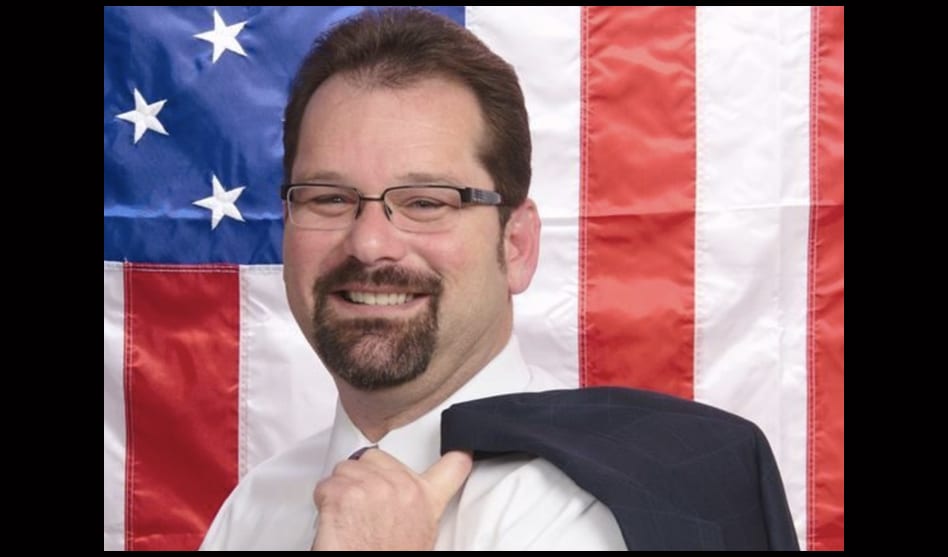 UPDATE NO. 2: Mike Steele, the member of the Fort Worth Human Relations Commission who was outed this morning on Twitter for his racist, transphobic, anti-immigrant and highly partisan posts on Facebook, has issued a statement rejecting Fort Worth Mayor Betsy Price’s call for him to resign, declaring himself the “proud father of an LGBT son” and vowing to defend his right to free speech. Here is his statement in full, followed by an earlier update include a statement from the city and the original post.

As a disabled combat veteran of the first Gulf War and a former Watauga councilman of ten years, my public service on the Fort Worth Human Relations Commission is more than a duty – it is a calling. As a proud father of a LGBT son, I vehemently reject the defamatory comments posted about me on social and local media. I believed Mayor Betsy Price earlier today when she said, “We must respect freedom of speech. We must remember that many Americans have fought and died for the freedoms we cherish today.” Some may not agree with my message, but I followed policies and procedures set forth by the city. I do not intend to resign. I have fought foreign enemies, and I will fight domestic social media mobs.

UPDATE: The city of Fort Worth has issued the following statement, calling on Mike Steele, a member of the city’s Human Relations Commission, to resign after posts on his Facebook page degrading LGBT people, immigrants and others were made public earlier this morning (Tuesday, July 2) (Read the original story below this statement):

The chair of the Fort Worth Human Relations Commission (HRC), as well as the office of the mayor and council, have been made aware that a number of complaints regarding Commissioner Steele’s post on his personal Facebook page have been made to the human relations administrator.

After reviewing the comments made by Steele, Mayor Betsy Price has asked for him to resign from the Human Relations Commission. The request was made this afternoon, and Steele has not yet responded.

Members of the HRC are appointed by the mayor and council and serve in an “at-large” capacity, meaning that they do not represent a specific council district. There are 11 positions on the HRC.

While there are no rules and regulations governing an appointed member to a city board or commission, other than an ethics/conflict of interest policy, the expectation is that those who serve in these positions conduct themselves in a civil manner.

Mike Steele was appointed by the mayor and council to Position 1 (no correlation to city council districts) in March 2015. Commissioners may serve up to three consecutive two-year terms. Mr. Steele is eligible for re-appointment in October 2019.

If Steele does not resign, the mayor and council may take unilateral action to remove him, or the HRC may make a recommendation to the mayor and council for removal. A recommendation from the HRC for removal requires a 2/3 super majority vote of the entire commission (Article IV, Section IV of the HRC bylaws last updated June 28, 2016).  As of today, only nine of the 11 positions are filled.

A recommendation for removal may be placed on the agenda of a regular monthly meeting of the HRC, or a special meeting may be called. A special meeting, upon proper notice, may be held at any time and may be called by the chairperson, or at the request of a quorum of commission members. (Article VIII, Section 1 of the HRC bylaws last updated June 28, 2016)

We will provide updates when they are available.”

ORIGINAL POST; Mike Steele, an appointee to Fort Worth’s Human Relations Commission, has apparently posted a number of incendiary posts on his Facebook page, including posts degrading immigrants, transgender individuals and others, along with politically-oriented posts attacking Democrats.

The website also notes that members of the Human Relations Commission “are considered to be officers of the city of Fort Worth.”

The images on Steele’s Facebook page were first discovered and posted on Twitter by Emily Farris, an associate professor of political science at TCU.

Questionable posts include an image of Donald Trump and his wife Melania standing on either side of Queen Elizabeth, who, while apparently staring at Melania Trump’s dress, says “Excellent, no penis…That last one was a train wreck.”

Conspiracy theorists and other right-wing groups regularly spread the lie former First Lady Michelle Obama was a man. The meme was shared from a page called “Donald Trump fans.”

Another post, from May 14, shows actor Harrison Ford as fictional character Indiana Jones, and reads, “Why is that when archaeologists find human remains they always determine they are from a male and female and not one of the other 7000 genders?”

And a post from May 12 says, “Bacon Fact: People who eat bacon are less likely to blow themselves up.” The post features a cropped photo of Trump laughing with two other men.

Recent posts also include a photo of U.S. Women’s Soccer Team captain Megan Rapinoe — a lesbian who has recently declared that if the team wins the World Cup again this year, she would refuse to go to the White House — holding a “Trump 2020” flag and a meme accusing Democrats of engaging in “violence in the streets to make invalid protests” and wanting “open borders s0p illegal’s [sic] and drugs pour into our country to kill our children!”

He also posts regularly about adopting dogs and, most recently, an AT&T outage.

We have reached out to a representative from the city for comment and will update this post when they respond.