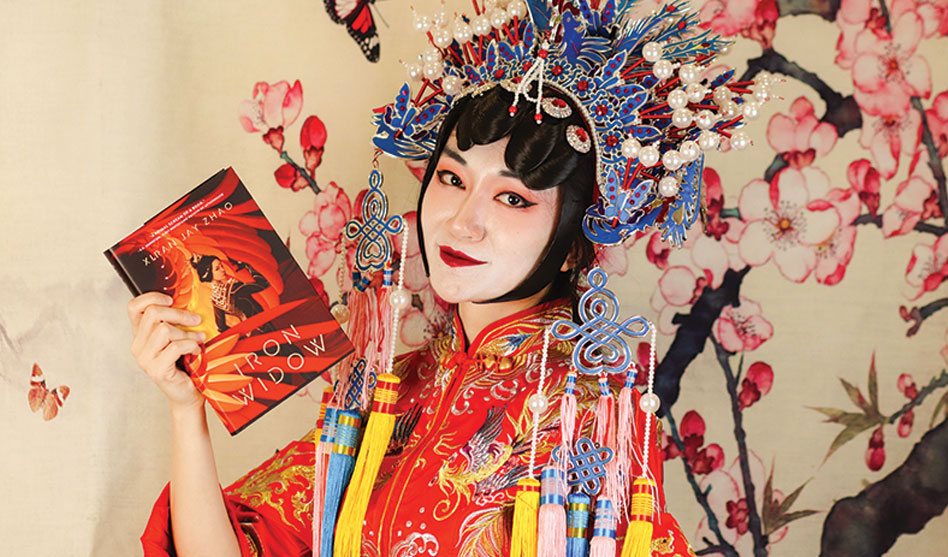 Have you ever gone into a bookstore and asked yourself, “What’s missing?” Maybe that’s because most of the books that are published were created by heterosexual, white authors. It’s as if the publishing industry never got the memo that there are many voices unaccounted for and that diversity is desperately needed.

But there has been progress, signs maybe that the industry is changing. It could be that what’s happening behind the scenes, in the decision rooms, are a microcosm of what’s happening around the world, too.
To better understand why it is so difficult to find queer or colored writers’ voices and why, often, there is an author default, I sat down with Xiran Jay Zhao, the No. 1 New York Times bestselling author of Iron Widow. Their experiences in the publishing world can offer insight into the ins and outs of publishing and what it takes to break the daunting barriers that only a few manage to get over.

Dallas Voice: As a first-generation Chinese-Canadian immigrant, what is the most impactful lesson you’ve learned about overcoming traditional norms in the publishing industry?

Xiran Jay Zhao: I learned that publishing presents itself one way; right now, publishing is all “Oh, we love diversity! We welcome diversity!” That’s the side they present to the public. But oftentimes, there’s a different conversation going on behind closed doors. It may be more difficult to break in than you would expect from how they present themselves. So, you have to learn how to deal with that and not let the disappointment crush you when it does hit.

You can’t let yourself be discouraged into abandoning the story of your heart. Barriers won’t come down unless you break them.

What is the best way an LGBTQ writer can break into a predominately heteronormative industry?

What are some of the struggles minorities are still facing in publishing and the entertainment worlds?

In the entertainment industry and the publishing industry, those at the top are still predominately cis-het white men. They control what gets bought and what gets the biggest share of marketing.

A lot of times, in modern publishing and the entertainment industry, they say they’re all about diversity but it’s just another marketing tactic to them. Diverse and marginalized creators get lumped in with other books or works of media by creators with the same marginalization, even though our stories have nothing in common except our protagonists’ identities. That can be really frustrating.

Then you also have the marketing people assuming that only people who share our identities will consume our works. That’s also frustrating. The publishing and entertainment industries are still afraid to take risks.

Other than yourself, are there noteworthy examples of progress that you’ve witnessed in the same industries?

Yes, for sure. I could say it’s shady, but there are people who are breaking new barriers, such as Aiden Thomas. He’s the first trans author to hit the New York Times bestseller list with a story featuring a trans protagonist. That happened last year. He’s the author of Cemetery Boys. Also, there are a lot of new diverse books coming out. If you look at what [was] being published in 2021, it’s radically different than what was being published even five years ago.”

On Twitter you said to the world, “I am pansexual and gender queer (which is a whole lot of not caring about gender), and I can’t believe ‘I can’t tell if you’re a boy or a girl’ used to be hurled at me as an insult when it is clearly my strongest superpower.” How has your sexuality and gender fluidity affected your career, and how is queerness a superpower?

Since that tweet, I’ve come to terms with how I’m more non-binary than gender fluid. I’ve spent many, many years trying to figure this gender thing out. Ever since I was young, I would immediately rebel against being gendered. I don’t like to be categorized. To exist in a world and be unapologetic about how
you’re existing and how it defies other people’s expectations to conform is [a superpower].

Is there any advice that you could give to young people who feel that their dreams are unattainable because of their sexual orientation or gender identity?

Be prepared for disappointment and heartbreak, but, still, the world is changing. The industries are changing. Marriage equality has been achieved throughout all the U.S. If same-sex marriage is legal in the Dakotas, then you know that things are getting progressive. It’s slow, but you have to have faith. Stay true to yourself, because by the time you finish your great project, just maybe, the world will be ready for it.

Inasmuch as it has been a difficult road gaining equal representation in publishing, pioneers like Xiran Jay Zhao are showing us that equal representation is possible to attain. Perhaps the reminder that not everything is as it appears to be reveals to us that a much deeper inspection of our society and deep introspection is still required.

What we should expect should be no different than what we accept about ourselves and in publishing.

Be sure to be on the lookout for Xiran Jay Zhao’s latest novel, Zachary Ying and the Dragon Emperor, a middle-grade fantasy coming out May 3, 2022. 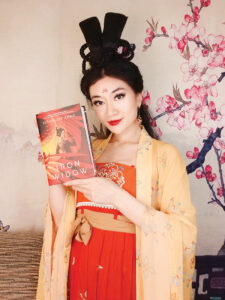 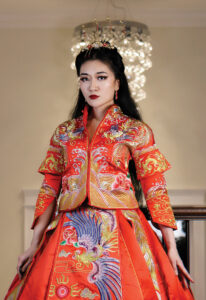