Fighting For Our Rights 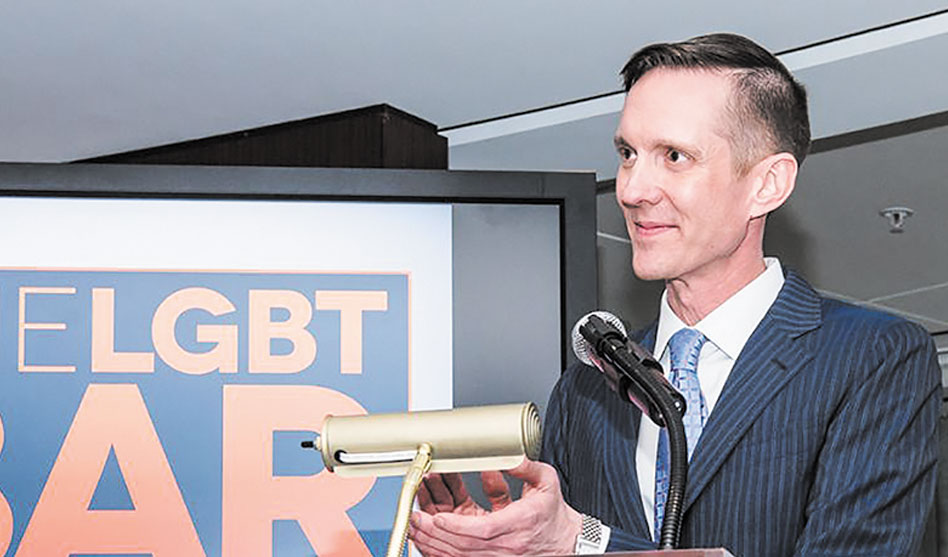 We often forget about all the work that is required to gain and maintain the rights we as LGBTQ people have in the U.S. One of the organizations leading the fight is the National LGBT Bar, soon to be the National LGBTQ+ Bar.

Wesley Bizzell is the current president of the National LGBTQ+ Bar. Bizzell joined the Bar while he was in law school at Georgetown, after attending his first Lavender Law Conference. He stayed connected after graduating.

In his second year as an associate with Winston & Strawn law firm, he convinced the firm to sponsor Lavender Law and to recruit at its job fair.

Bizzell had served as treasurer for the LGBTQ+ Bar for several years, and, in 2020, became president. In May, when his term ends, he will assume the role of immediate past president for another year. I recently sat down virtually with him to talk about the importance of the LGBTQ+ Bar.

Dallas Voice: Why is the Bar important to our community? What kind of impact has it had? The National LGBT Bar — which will soon become the National LGBTQ+ Bar Association — represents tens of thousands of LGBTQ+ attorneys, judges, law students, activists and other legal professionals. It is a prominent voice in ensuring the legal process respects and protects all LGBTQ+ individuals. It has been a longtime thought leader on issues of concern to our community. It is beloved for our annual Lavender Law Conference and Career Fair, which began in 1988, the largest LGBTQ+ legal conference in the country and the largest LGBTQ+ career fair.

What was the driving factor of the establishment of the Bar? The LGBTQ+ Bar was founded at the height of the HIV/AIDS crisis by a small group of family law practitioners who provided pro bono legal services to those dying of AIDS, helping these young people create wills and get their legal affairs in order before their tragic deaths.

In October 1987, 750,000 people gathered at the U.S. Capitol for the Second National March on Washington for Lesbian and Gay Rights. By then, almost 50,000 of our LGBTQ+ brothers and sisters had died of AIDS. The majority of those being gay men in their 20s and 30s. At the March on Washington, a group of lawyers came together and decided to form a national organization for LGBTQ+ attorneys to enable LGBTQ+ lawyers to advocate for societal change. From this moment of crisis, the National LGBTQ+ Bar Association was born.
What was important is that the organization’s name had the words “lesbian” and “gay” in the title. While there were local bar organizations in existence, none unequivocally indicated they were organizations for LGBTQ+ lawyers. But we did. 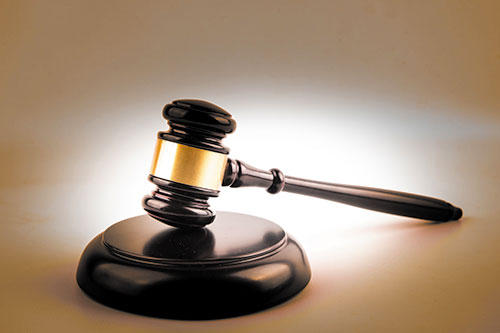 What kind of work has the Bar been involved in since then? In the last 30-plus years, the LGBTQ+ Bar has confronted a multitude of crises. Our members have been instrumental in achieving many successes, including creating visible spaces for LGBTQ attorneys within law firms and corporate law departments, enacting a federal hate crimes statute, advocating for the Supreme Court’s ruling on marriage equality and abolishing “Don’t Ask, Don’t Tell” and the transgender military ban.

How has the Bar helped to shape and change things for the LGBTQ community? As a legislative and political law attorney, I’m incredibly proud of the LGBTQ+ Bar’s policy work. We are leading the effort to ban the LGBTQ+ “panic” defense across the U.S. This horrific defense is a legal strategy that asks a jury to find that a victim’s sexual orientation, gender identity or gender expression is to blame for a defendant’s violent reaction, such as violent beatings, other assaults and even murder.

In 2013, as a result of our efforts, the American Bar Association unanimously approved a resolution calling for an end to this heinous defense strategy. Since then, 12 states and the District of Columbia have banned such defenses. Since 2019, we have seen 10 jurisdictions ban the defense. Virginia is our first state to ban the defense in 2021, and it is also the first southern state to do so.

I spent a substantial amount of time working closely with the sponsor, Delegate Danica Roem, on this effort and assembling a remarkable coalition of organizations that supported the bill. Roem was the first trans legislator elected to any state legislature, and she was an incredible and passionate advocate. We were blessed to have Matthew Shepard’s mother, Judy, testify before both the House and the Senate committees and be an active part of our coalition fighting to pass this bill. I’m so appreciative of the work of our coalition partners, and we’re grateful for the role they played in successfully advocating for this important legislation.
We are working with several other state legislators on bills now, and I know we’ll see several other states ban this defense in 2021.

We know that by working together, we can better advance the cause of diversity and inclusion and be a unified voice to speak out against racial inequity and injustice wherever we see it. For example, the National LGBTQ+ Bar Association has joined NAPABA’s Stand Against Hate Campaign, recording a joint video with other national bar associations that denounced the anti-Asian hate, violence and racism related to the coronavirus.

I’ve also joined the presidents of NBA, SABA, NAPABA and HNBA in a Belonging Project webinar to discuss how the minority bar associations are working to advance diversity, equity, and inclusion as our country battles two pandemics — coronavirus and systemic racism. The affinity bars recognize that we must stand united against bigotry and hate and work together to make the legal profession more diverse and inclusive.

On racial equity issues, the National LGBTQ+ Bar is deeply committed to continuing the focus on racial justice issues in the LGBTQ+ legal community for the long haul. In 2020, the National LGBTQ+ Bar joined as part of the original signatories to a statement from LGBTQ+ organizations supporting Black lives and calling for racial justice and equity. We are also continuing important existing programs and creating new programs that amplify voices and help address systemic racial oppression and inequality throughout our society, including a Racial Justice Resource Library [LINK: https://lgbtbar.org/programs/racial-justice-resource-library/].

Despite significant advances in legal protections and rights, the LGBTQ community still faces many challenges related to discrimination in employment, housing, and having or adopting children. Does the Bar have a primary focus right now, and what do you think is the biggest challenge we face? We are thrilled that our members have played significant roles in winning historic legal protections for the LGBTQ+ community, including the recent Title VII cases. The National LGBTQ+ Bar Association submitted an amicus brief supporting the employees in these cases. In June 2020, the U.S. Supreme Court, in Bostock v. Clayton County, Georgia, ruled that Title VII’s prohibition on discrimination on the basis of sex includes discrimination on the basis of sexual orientation and gender identity. But our journey to equality is not finished. We are committed to continuing to fight for equality for all.

Our community’s unfortunate reality has often only focused on issues of importance to white, cisgender gay men. As a result, we have ignored what must be done to make our society better for those in our community who are trans, non-binary, Black, Indigenous or persons of color. We must do better.
What makes our community beautiful and magnificent is our intersectionality, and we have often failed to understand that. Our LGBTQ+ community is comprised of individuals from every gender, race, and ethnicity. We need to do a better job celebrating this. We need to do a better job of amplifying the voices of diverse LGBTQ+ individuals and honoring those diverse LGBTQ+ individuals who have come before us.

For too long, we have also white-washed our history. We’ve ignored the contributions of people like Bayard Rustin, Sylvia Rivera, Marsha P. Johnson, José Sarria, Miss Major — and the list goes on and on. Remember, the Stonewall riots were led by trans women of color and drag queens who united against the discrimination they were facing daily. We’re standing on their shoulders today, and we should not forget that. While we’re getting better and being more inclusive as an LGBTQ+ community, we still have a ways to go.

In 2019, the National LGBTQ+ Bar rolled out Lavender Law 365, the only LGBTQ+ inclusion coaching and consulting program to address [the issues surrounding diversity within the legal profession and law firms]. This program was explicitly designed to implement best practice standards for LGBTQ+ equity across law firms, law schools, and corporate legal departments. We know that when it comes to gender, race, ethnicity, disability, and LGBTQ+ inclusion and representation, the legal profession is one of the least diverse.

Lavender Law 365 harnesses the LGBTQ+ Bar’s expertise to help these organizations foster a more knowledgeable and supportive LGBTQ+ inclusive environment, where they can gain the benefits of having a truly diverse talent pool.

How can members of the community who are not in the legal profession support the Bar? We welcome anyone to attend our Lavender Law Conference & Career Fair or to join one of our Lavender Link webcasts. Additionally, for states where we are advocating to ban the LGBTQ “panic” defense, we always love to have constituents call their elected officials to support the issue.

For more information on the National LGBTQ+ Bar, visit LGBTBar.org.