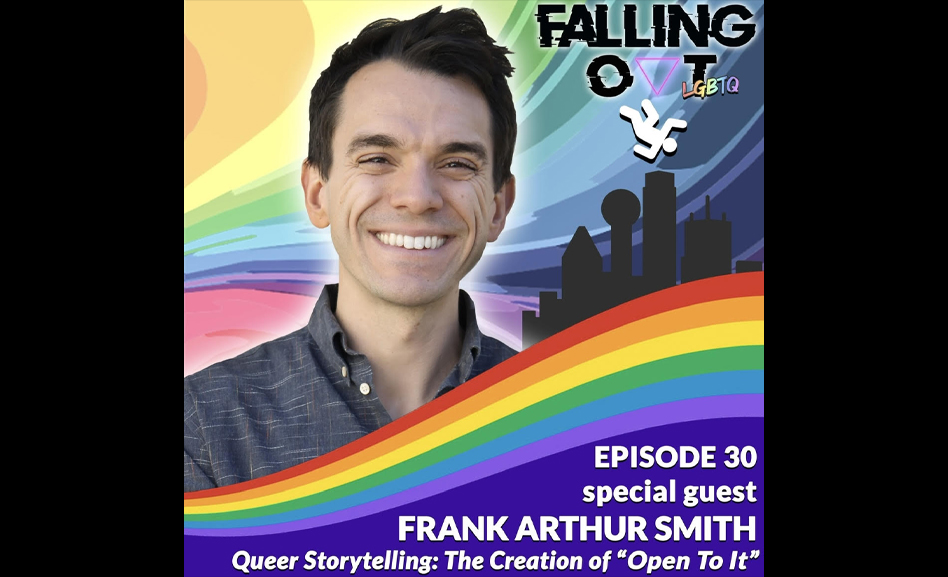 It’s taken decades for queer voices to fill prominent roles on television and move beyond the gay best friend or quirky sidekick. This week, I host Frank Arthur Smith to discuss the importance of queer storytelling in today’s creative landscape. Frank is the creator of Open To It, a comedy series that explores polyamorous relationships and queer joy. Frank serves as writer, director,  producer, and actor in the hilarious comedy.

Frank Arthur Smith, who plays Greg, is a here, queer writer and actor originally from Boston. He previously worked in the writers’ room on Raven’s Home, the sequel to the hit series That’s So Raven, for Disney Channel. Prior to that, he wrote an animated pilot with Tornante TV (Bojack Horseman), developed a live-action series with Vice Studios (Fyre), and rewrote a horror movie with Fangoria /Cinestate (The Standoff at Sparrow Creek). He is currently in production on episodes 4-6 of Open To It, an LGBTQIA+ comedy series that he stars in, writes, directs, and executive produces, featuring Laganja Estranja of RuPaul’s Drag race. Episode 1 premiered in April in the Comedy Shorts program of Wicked Queer: Boston’s LGBTQ+ Film Festival.

Before moving to California, Frank managed an organic chemistry lab and planned to attend medical school. A few years ago, he starred in Episode 5 of the Emmy Award-nominated Tidying Up with Marie Kondo on Netflix.

You can find the series here.