‘Everything we do has been turned upside down’ 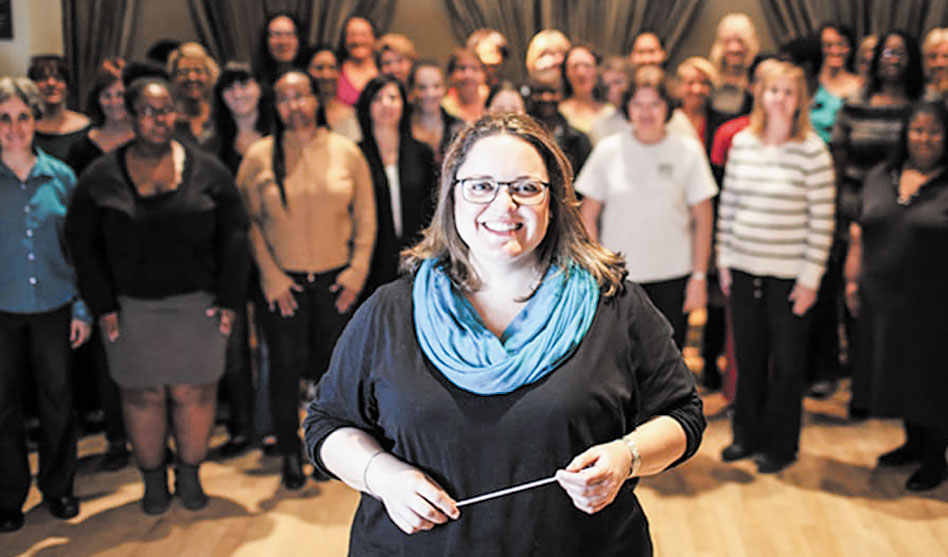 The Turtle Creek Chorale and other arts groups navigate through the Covid-19 crisis, struggling to survive and pondering how they will reopen

Turtle Creek Chorale Artistic Director Sean Baugh is tired of the arts not being seen as essential. During the Covid-19 crisis, the arts not only entertain, they also bring people together, provide comfort and inspire.

“The AIDS crisis didn’t wipe us out,” Baugh said. “This won’t either.”
AIDS took the lives of 200 chorale members, but it crept in more slowly and insidiously. There was time to prepare.

The COVID-19 crisis, on the other hand, came on suddenly, leaving no time to gear up.
“Everything we do has been turned upside down,” Baugh said.

His organization was lucky that its big, wildly-successful fundraising event with Idina Menzel took place in February, weeks before the shutdown. But he said Terry Loftis and The Arts Community Alliance, the arts funding organization Loftis heads, became life-savers for the chorale and other Dallas County arts organizations when they issued emergency grants earlier this month.

Loftis said TACA sent out checks to more than 50 arts organizations and will send a second round of emergency grants at the end of this month.

When he put out a call for donations, Loftis said, Texas Instruments was the first to respond, sending $100,000. That donation was followed by one in the same amount from the McDermott Foundation. As others continue to contribute, Loftis said, he’ll get the money out to help save the arts in Dallas.

Loftis said that while a variety of theater, dance, visual arts and music organizations received funds, both the Turtle Creek Chorale and The Women’s Chorus of Dallas serve a unique and diverse demographic and are important to TACA’s mission.

“If they were not there, we couldn’t replace them with something else,” Loftis said of the two organizations. 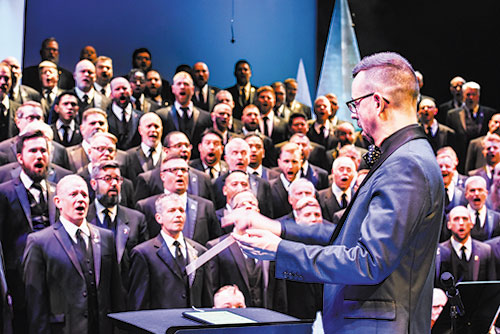 Before his call to Dallas Voice, Baugh was on a conference call with the artistic directors of the 10 largest gay men’s choruses around the country. Funders in other cities, he said, haven’t been as generous.

“The short-term challenge was how do we survive this so we’re around for the long-term?” Baugh said.

The Turtle Creek Chorale, as did many other choruses around the country, started by putting out a video of chorale members offering words of inspiration and singing together virtually.

Well, actually not “together,” Baugh pointed out. About 60 chorale members participated by recording the same song individually.
Putting the video together was about 100 hours of work, and, Baugh pointed out, that wasn’t choral singing. That was 60 men singing solos that were stitched together.

The wonderful part of that, Baugh said, was that as he listened to the individual chorale members sing, he was surprised at some of the amazing voices. He said he’s found an exciting new crop of soloists and small ensemble singers for when the chorale gets back together and can perform on stage again.

While traditional rehearsals aren’t possible, the chorale has gotten together online. Still, singing together isn’t possible, since different connection speeds means there can a be a delay of one or two seconds between each individual’s feed. And that just won’t blend together.

“So like restaurants and everyone else, we’re figuring out new ways to do things,” Baugh said.

He expects choruses to be one of the last arts groups to get back on stage. Singers could be placed six feet apart and perform in a large outdoor space or stadium, but that wouldn’t really be choral singing in which voices in a tight-knit group blend to create one voice.

And six feet wouldn’t actually be far enough apart for safety. Just as sound projects, those droplets carrying coronavirus can project a longer distance when someone is singing.
What about singing in a mask? No.

The Women’s Chorus of Dallas Artistic Director Melinda Imthurn agreed. She said she doesn’t really see a return of full choruses until there’s a vaccine.

Imthurn said TWCD is continuing to hold rehearsals but has, of course, moved those rehearsals online. But she’s using the down time to teach skills classes and technique. She’s also teaching lessons in reading music for TWCD members who don’t know how.

“Once we come back,” she said, “we might be able to more quickly master our music” thanks to those lessons.

Certainly, Imthurn will have an even more professional group of singers.

But TWCD’s weekly meetings are more than just business; they also provide a time for the women to get together, chat and remain the close-knit group that’s reflected in their performances.

TWCD also received an emergency grant from TACA. And both choruses got city arts money meant to help keep arts groups throughout the city alive.

North Texas Giving Day was held early this year to help non-profits throughout North Texas weather the storm. Imthurn said TWCD met its goal on giving day, “and we got funding through the CARES Act.”

Both groups are hoping the Texas Commission on the Arts will come through with funding as well.

So, until the women’s chorus can return, Imthurn said, she’s most worried about retaining singers and maintaining her group’s artistic quality. Her focus: Have a plan and be smart.

Like the chorale and other choruses around the country, Imthurn is working on a virtual video.

Baugh said he’s looked at recordings of past chorale performances and is wondering how to use those. Because of licensing, he can’t just post them to YouTube, but he’s hoping for concessions from ASCAP and BMI, the agencies that collect fees and distribute royalties to musicians.

And while most performances of choirs, orchestras and theater are recorded, “we haven’t done a good job of digitizing our concerts,” Baugh acknowledged.

While the chorale remains on hiatus, Baugh and Executive Director Jeremy Wayne are looking at ways to upgrade their recording skills and equipment, regretting they hadn’t spent the money for better recordings in the past.

“We could reach a whole lot more people” if they had, Baugh said.

Wayne said he hopes things will be back on track in time for chorale to perform its annual Christmas concert. More than anything else, he said, that concert is what the chorale is known for. And while he’s not sure that they’ll be able to perform in a traditional concert hall, he’s hopeful they’ll come up with something creative.

While two TCC concerts have already been postponed or cancelled, there are some savings.

Although they have no tickets to sell, Wayne said they’re not spending money on hall rentals, sets, licensing fees, musicians or stagehands. In addition, the Sammons Center for the Arts, where both the chorale and the women’s chorus have their home bases, has stopped charging rent.

Wayne said he’s trying to conserve as many resources as possible and come out of the crisis with the same team he had going in. Emergency grants and fundraisers like “Rhapsody,” the chorale’s 40th anniversary gala last February, will help the organization survive.

But, Wayne said, he’s worried about a number of the chorale’s 200 members. So they’ve revived the AIDS-era Turtle Cares fundraiser to help members who are struggling because of COVID-19-related layoffs.

Wayne, like Baugh and Imthurn, said their organizations will survive the shutdown and will cautiously return.

“It is the arts that represent the best in our humanity, that show us the pain we have endured and bring light to the promise of a new and better tomorrow,” Wayne said.

Baugh summed up how he, his staff, his volunteers and singers and even his audience are doing through this crisis: “Psychologically, it’s a real challenge.” But it is a challenge they are determined to conquer.