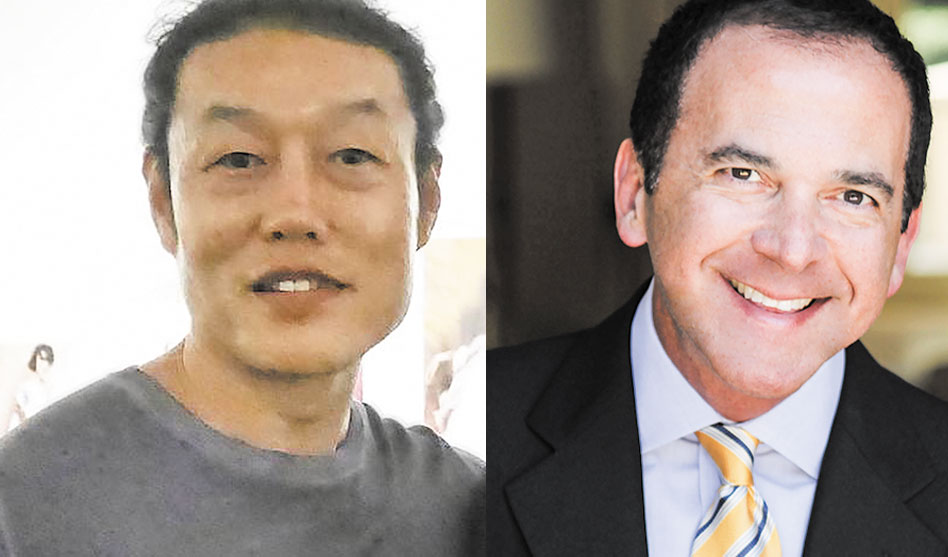 Three Dallas City Council members have reached their term limit and will not be able to run for re-election., including openly gay Mayor Pro Tem Adam Medrano. Medrano represents District 2, which includes part of Oak Lawn.

With the deadline for filing passed, each of the 14 seats on the Dallas City Council is contested, with more than 50 candidates having filed to run.

Moreno has served on the park board, and his wife, Monica, works as Medrano’s chief of staff. Park, the only openly gay candidate among the six, has started several businesses and is best known for organizing the community to keep Sam’s Club out of the neighborhood.

The Oak Lawn neighborhood is split between Medrano’s district and District 14, where first-term Councilman David Blewett is running for re-election, Blewett is being challenged by Paul Ridley and Elizabeth Viney, both of whom are lawyers. Blewett, in his first campaign two years ago, was accused of not including the the LGBTQ community in his campaign. His first meeting after his election was with LGBTQ leaders in his district.

Ridley has served on the City Plan Commission and the board of the Greater Dallas Planning Council. Both he and Blewett live in East Dallas. Viney, an attorney who was named the winner of The Dallas Foundation’s Good Works Under 40 award in November 2017 for her volunteer work with Advocates for Community Transformation, lives in Lakewood Heights.

District 14 has never been represented by someone living in Oak Lawn.

Leland Burke, who ran against Gates in her first campaign eight years ago, is running for the District 13 seat again. Burke, a real estate investor who is gay, faces Gay Donnell Willis, Da’On Boulanger-Chatman, Ryan M. Moore and Mac Smith.

Donnell Willis is president and CEO of the Turtle Creek Conservancy that maintains Turtle Creek Park and Arlington Hall. Boulanger-Chatman is director of choirs and department chair for Visual and Perfoming Arts at Lakeview Centennial High School in Garland. Moore is an attorney with Wick Phillips.

In addition to Medrano, the 14-member Dallas City Council has two other gay incumbents: Omar Narvaez in District 6 and Chad West in District 1.

West, an attorney, faces three challengers in his bid for a second term on the council. They are marketing specialist and real estate agent Stephani A. Kyle, Walmart employee Gerardo Sanchez and teacher and community activist Giovanni Valderas. Valderas also ran for the District 1 seat against West in 2019.

Narvaez is running for a third term. He is opposed by Monica Alonzo, Tony Carrillo, Wendi Macon and Earl Thomas.

Alonzo was the District 6 incumbent running for her fourth term four years ago when Narvaez beat her by an overwhelming margin. Thomas is a minister at New Mount Zion P.B.C. in West Dallas. Carrillo is a construction manager, and Macon works for a charter school.

With five opponents, the first-term Councilman Adam Bazaldua for District 7 faces the most opposition. The Fair Park-area seat has had a series of one-term council members since Carolyn Davis left the office and was indicted for bribery. Davis and her 26-year-old daughter were killed in a car accident caused by a drunk driver in 2019, after she had pleaded guilty to accepting bribes when she was on the council, but before she could be sentenced.

District 4 Council woman Carolyn King Arnold, who represents South Oak Cliff, is running for a fourth term and has four opponents. Arnold won a seat on the council in 2015, but was defeated in 2017 by former council member Dwayne Caraway. Caraway they resigned from office under indictment in 2018. King won the special election to replace him in 2018 and was re-elected in 2019. She can serve two more terms before she is limited out.

After sitting out a term due to term limits, District 8 Councilman Tennell Atkins returned to the council last election. He’s now running for a second second consecutive term against three candidates, each of whom has run for the seat before. Atkins’ opponents are Subrina Lynn Brenham, who owns a beauty supply store and a tax services company, activist Lakolya London and activist/musician Davante “Shawt” Peters.

Lake Highlands Councilman Adam McGough, District 10, is running for his fourth and final term and has one opponent — Sirrano Keith Baldeo, owner of Dallas Pulse News.
Four candidates are vying to replace Kleinman in North Dallas’s District 11 — Candy Evans, Jaynie Schultz, Hosanna F. Yemiru and Barry Wenick. Schultz is a business woman who has served on the City Plan Commission. Yemiru immigrated to the U.S. from Ethiopia when she was 11. She worked on Rep. Colin Allred’s campaign and was field director for Scott Griggs’ mayoral campaign. Evans is best known for her website CandysDirt.com and is the North Texas editor of CultureMap.com. Wernick is an attorney.

In Pleasant Grove, the District 5 incumbent Jaime Resendez has drawn three opponents, including HR consultant Ruth Torres, who Resendez beat in a runoff in 2019. Veterinarian and animal clinic founder Terry Perkins and paralegal and former Dallas Park Board member Yolana “Faye” Williams are the other two candidates in that race.

The last day to register to vote in Dallas city elections is April 1. Early voting begins April 19 and runs through April 27. Election Day is May 1, but with this many candidates running, runoffs are almost guaranteed.