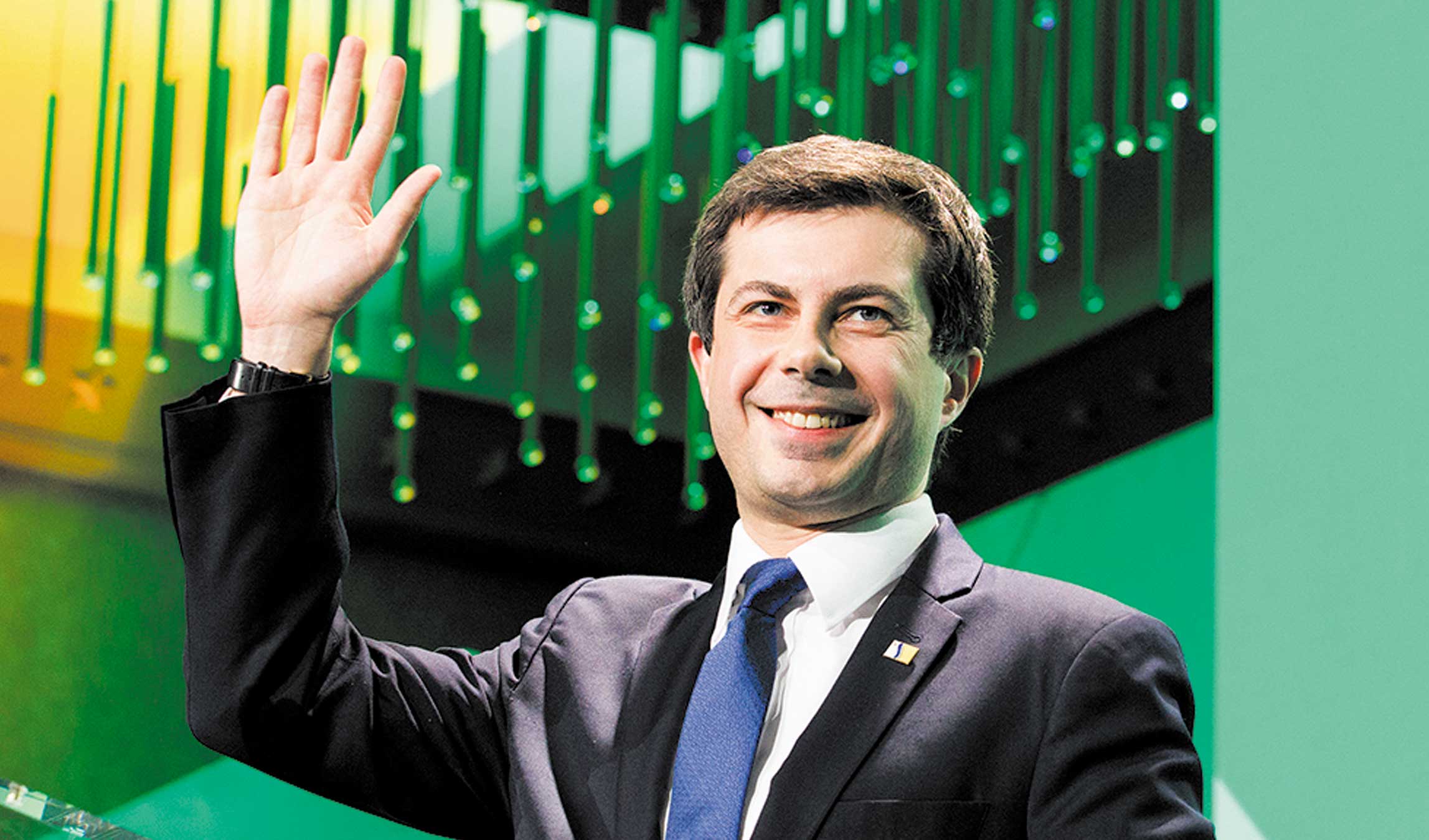 Dallas Voice has offered each of the Democratic presidential nominees the opportunity to reply to a set of specific questions related to LGBTQ issues. We have asked the same questions of each candidate and given them each the opportunity to answer each as in-depth as they want, and we will be posting each candidate’s answers as written, verbatim, as soon as each returns his or her questionnaire.  To find all the questionnaire answers submitted at any time, search DallasVoice.com for “ELECTION 2020.”

1. Does your campaign have a written statement describing your position on LGBTQ civil rights/equality in general? If so, what is it?
As shared in my comprehensive plan for LGBTQ+ rights, “Becoming Whole: A New Era for LGBTQ+ Americans,” as President I will share solutions big enough to meet the challenges the LGBTQ+ community faces while bringing the American people together to understand that our freedoms are bound up in each other.
This starts with an intentional dismantling of the institutionalized discrimination confronting the LGBTQ+ community. I will press for and sign the Equality Act into law as soon as it hits my desk, making anti-discrimination the law of the land. I will deliver quality health care that is affordable, accessible, and equitable for all Americans, regardless of their sexual orientation, gender identity, or race. My administration will put us on a path to end the HIV/AIDS epidemic — which disproportionately affects gay men and transgender women of color — by 2030, and ban conversion therapy once and for all. I will use more comprehensive strategies to end hate-based violence against LGBTQ+ people, especially Black transgender women; increase access to housing for LGBTQ+ Americans; and strengthen protections for LGBTQ+ immigrants and refugees.
Each of us has our own story. And when I’m President, I will use the power of the presidency to tear down the walls that have excluded far too many LGBTQ+ people for far too long.

2. Will you reinstate LGBTQ protections removed from federal policies by the Trump administration? If so, how soon?
Yes, I will immediately reinstate LGBTQ+ protections that have been removed under the Trump administration. For example, under President Obama, the Departments of Education and Justice took the important step of issuing policy guidance under Title IX that provided crucial protections to transgender students at schools that receive federal financial assistance. The guidance instructed schools that discrimination against transgender students on the basis of their gender identity in any of their activities and programs constitutes prohibited sex discrimination under Title IX. This guidance protecting transgender students, who are among the most vulnerable students in our schools, was reversed in February 2017, just a few weeks after President Trump took office. The rescinding of this guidance, along with the possibility of a Supreme Court decision that sex discrimination does not include gender identity or sexual orientation discrimination, gives a green light to schools to discriminate against transgender students and underscores the urgent need to pass the Equality Act into law. As I have stated, I strongly support the Equality Act, which will finally extend strong antidiscrimination protections to LGBTQ+ students expressly on the basis of their gender identity or sexual orientation.

3. What is your position on transgender people in the U.S. military? What will you do to ensure transgender people already in the military are protected from discrimination, and what will you do to make sure transgender people who want to enlist are treated fairly?
It is time to honor the contributions of LGBTQ+ veterans and service members. First, I will rescind the transgender military ban. Although its harms can never be fully undone, I will immediately repeal the ban on military service for transgender Americans and allow our transgender troops to serve openly. We give every service member discharged because of their gender identity the opportunity to re-enlist, re-commission, or access resources.
Second, I will rescind the exclusion of coverage for surgical treatment of gender dysphoria currently in place at the Veterans Health Administration. This policy blocks critical health care for transgender veterans even if a provider deems treatment a medical necessity. I will also rescind restrictions on military service by people living with HIV. These exclusionary, outdated policies do not reflect our advances in medical treatment, reinforce stigma and shame, and harm our service members and civilians alike who are living with HIV.
Finally, I will review and grant honorable discharges and appropriate benefits to the over 100,000 veterans discharged solely based on being LGBTQ+. LGBTQ+ Americans have always played a role in the defense of our country, and we must recognize those who chose to serve in spite of policies like Don’t Ask, Don’t Tell that sought to suppress their identities.

4. What will you do to protect LGBTQ youth from bullying and discrimination? How will you act to protect especially vulnerable transgender youth, particularly in a school setting?
My administration will protect LGBTQ+ students from bullying and ensure they learn in safe, supportive environments. We will prohibit violence, bullying, and discrimination based on sexual orientation and gender identity. I will also support the Student Nondiscrimination Act and the Safe Schools Improvement Act, which correctly interpret Title IX to include protection of transgender students.

5. What is your position on religious freedom laws? How do you propose to protect LGBTQ civil rights and religious freedom?
I will ensure that the freedom of religion is not exploited into a license to discriminate. Freedom of religion is a core American value that is protected by the First Amendment of the Constitution. The First Amendment does not allow institutions to impose their beliefs on others or cause them harm. My administration will conduct a thorough examination of unconstitutional religious exemption policies in the federal government, especially those deployed by the Trump administration to undermine the rights of LGBTQ+ people. This includes refocusing, reassigning, or removing offices that were put in place to enable discrimination, especially, for example, at the Department of Health and Human Services (HHS).

6. What would you do to ensure that gains in LGBTQ equality under your administration couldn’t be reversed by a less-friendly administration that might follow?
To ensure that the gains in LGBTQ+ equality under my administration aren’t reversed in the future, we must start by fixing our democracy to ensure that Congress better reflects the American people. On issue after issue — from gun rights and climate change to reproductive health and LGBTQ+ rights — there is a fundamental disconnect between what Congress wants and what the American people want. One of my top governing priorities will be to reconcile that disconnect by reforming our democracy. This includes passing a 21st Century Voting Rights Act to end all types of voter suppression and expand voting access, abolishing the Electoral College, ending partisan and racial gerrymandering, and giving full political representation to the people of the District of Columbia.

7. Do you support passage of the Equality Act to protect LGBTQ people from employment discrimination? If so, what would you do to help get the legislation through Congress so that you could sign it into law?
Yes, and winning passage of this landmark civil rights legislation will be a top priority of my administration. It is unacceptable that in 29 states, an LGBTQ+ individual can be denied a job or housing based on their sexual orientation or gender identity. They can be denied service at a restaurant or hotel. No state or community in the United States should be allowed to discriminate, and the federal Equality Act would prohibit such discrimination nationwide.

8. Do you have a plan in place to address the epidemic of anti-LGBTQ violent crimes happening in this country? What would you do to help stop violence targeting transgender people, especially transgender women of color?
My administration will ensure the safety of all LGBTQ+ people, especially transgender women of color. We will vigorously enforce the Matthew Shepard and James Byrd Jr. Hate Crimes Prevention Act. So far this year, at least 18 transgender individuals have been murdered, including 17 Black trans women. In 2018, 26 transgender Americans were murdered, and the majority of these individuals were Black trans women. Trans women are justifiably afraid. In 2017, nearly one-fifth of hate crimes were committed out of sexual orientation or gender identity bias, making it more likely to be targeted as a member, or perceived member, of the LGBTQ+ community than any other marginalized group. There is a clear link between misogyny and violence, and police should be trained on this connection, as outlined in my Guns and Hate Action Plan. I will incentivize states to abolish the so-called gay panic defense so that hate and fear can never justify violence. My administration will also support law enforcement and community policing strategies to investigate and prosecute these crimes in a manner that ensures justice to trans women and their families, while protecting the trans community.
In addition, we must train law enforcement and require reporting on issues specific to LGBTQ+ people. My administration will train law enforcement to treat LGBTQ+ people in a culturally respectful way. We will also incentivize proper collection and reporting of hate crimes statistics against LGBTQ+ individuals and, as in my Douglass Plan, data collection of officer-involved violence against LGBTQ+ people. Finally, my administration will promote training on LGBTQ+ domestic violence, which often goes under-reported and under-enforced.

9. How do you propose to ensure that LGBTQ people, especially trans people, have access to adequate and informed health care?
My administration will improve access to and quality of health care for all LGBTQ+ Americans. We will guarantee that every LGBTQ+ person has access to affordable health coverage through my Medicare for All Who Want It plan and eliminate all barriers to medically necessary care for transgender Americans. This includes enacting policies that not only require coverage of gender-affirming care but also address the shortages of transition-related care that so many transgender Americans face while trying to find a provider who can competently and respectfully deliver their health care. Such medically necessary care should be recognized and paid for by all insurers. My administration will also promote culturally, linguistically, and historically respectful provider education and training to address stigma based on multiple identities, particularly important for LGBTQ+ people of color.
We will also work to reduce disparities in mental health care for LGBTQ+ Americans. This starts with ensuring access to comprehensive mental health and addiction services for all Americans, as shared in my Health and Belonging in America Plan. I will pass the LGBTQ+ Suicide Prevention Act and increase funding for culturally appropriate mental health and substance use disorder services for LGBTQ+ people.
Finally, I am committed to ending the HIV/AIDS epidemic by 2030. We will restore White House leadership on HIV/AIDS, guarantee that everyone with HIV is — and remains — in treatment, and ensure access to PrEP for everyone who needs it while investing in finding a cure for HIV.