Gay man targeted by vigilante fears for his life, his freedom 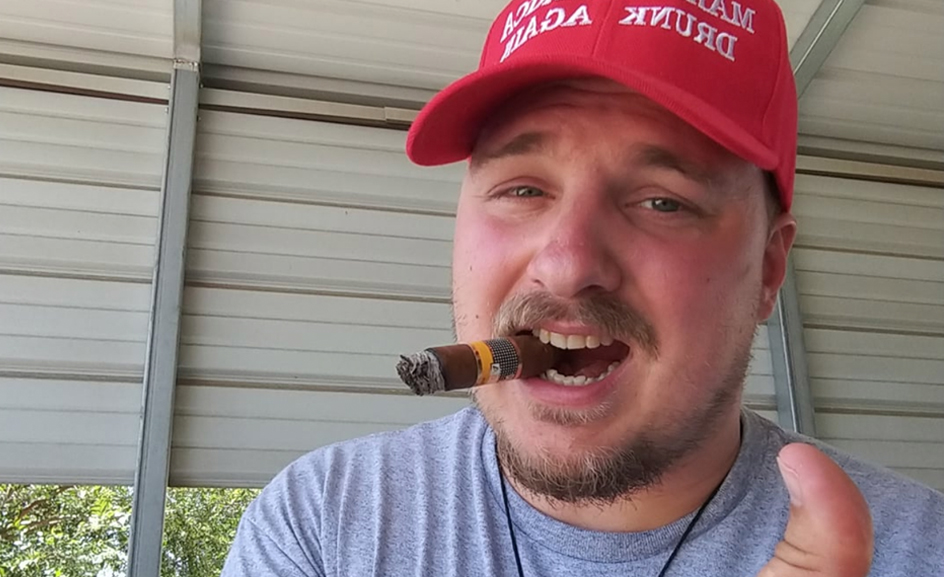 A Comanche, Texas man is fearing for his safety — and his freedom — after being entrapped by a dating app vigilante from Hico, Texas named Steven Bowers, who posted video of him on Facebook labeling him as a pedophile trolling for teenage boys.

The victim, who will be identified here only as J, contacted Dallas Voice on Wednesday, Feb. 26, is in his early 70s. He said he moved to Comanche — a small town of about 4,200 people about 35 miles southwest of Stephenville — after his parents died and left their house there to him. He said that while he knows people there, there is no one in Comanche he thinks of as a friend, and certainly no other LGBT people he knows of.

J told Dallas Voice that he began using the gay dating app Grindr as much to find friends and companionship, adding that “It really wasn’t even about sex.” In January — on Jan. 21, according to Bowers — J connected with a Grindr user named “Toby” who, J said, claimed to be “19 or 20.” J agreed to meet “Toby” but backed off when “Toby” admitted to being only 15.

A screen capture of “Toby’s” Grindr profile shows a photo of a smiling young man wearing glasses, the name “Toby A Baybay,” and says he is 19 years old and looking for “Chat, Dates, Friends, Networking, Relationship.”

Screen caps of the online conversation appear to back up J’s account of the interaction:

J: “Yeah Toby so you don’t have your license yet that means you’re not 18 most people on here won’t even talk to somebody if they think they’re under 18.”

Toby: “Well I’m 15 to be honest. I am glad you’re talking. I want to get experience and meet someone.”

J: “Yeah Toby I realized that but you’re 15 years old if someone got caught having sex with you they would not only go to jail they would go to prison I don’t mind having you as a friend go to eat or maybe to a movie or run around but you have to get in touch with me you have my number and you can’t be shy how will you meet somebody if you’re shy you just got to be very careful.”

J said Toby then called his cell phone and left a message “begging me to come to where he was. He told me he had been kicked out of his house and that he was cold and it was pouring down rain. He was begging me to help him, and I said I would.”

J said when he arrived at the agreed-upon meeting place, a gas station in the nearby town of Hico, he saw no one who fit the description he had been given of “Toby,” but that “Toby” then called his cell phone and told him he was in the bathroom inside a nearby convenience store, and begged J to come into the restroom to get him because he was afraid and was having a panic attack. J refused to inside and encouraged “Toby” to come outside to talk to him.

But instead of a scared 15-year-old begging for help, J said, he quickly found himself confronted by the 33-year-old Bowers, who was videotaping him while accusing him of being a pedophile who wanted to have sex with 13-year-old boys. J said Bowers kept yelling at people nearby to “come look at the pedophile.”

J said, “He told me that he and his friends could tie me up and hang me by my ankles from a tree and cut my balls off, but that instead he was just going to call the cops. I was scared to death. I hadn’t done anything wrong, but I figured nobody would believe that.”

Jack Keeter, a friend of J’s who is from the Comanche area and now lives in Fort Worth, said that Bowers has told people that he carries two guns and a knife with him when he goes to confront people he has contacted on dating apps. J told Dallas Voice that while he was sitting in his car as Bowers yelled at him and videotaped him, he had his cellphone sitting on his leg. J said that Keeter called him and he reached to pick up the phone, at which time Bowers jumped back and reached toward his waist as if going for a gun. “He said, ‘Don’t do that! Don’t reach for that!’ Talking about my phone. I told him I was answering a call, and he said, ‘Well, I can handle that then,’ or something like that,” J recalled.

J said that Bowers’ wife and two small children were also with him at the gas station that night.

J said that he was completely rattled by the confrontation, and that he left the parking lot and went back to his home and went to bed. He said he was woken up in the middle of the night when he heard someone banging on a window and a wall of his home, and when he looked outside, he saw a car driving away. He said he then got a phone call from Keeter, who told him that Bowers had posted the video on Facebook.

J said that in the month since he has been harassed and threatened to the point that he is afraid to stay at his house alone and has decided he has to sell his property and move away from Comanche. He said that after Bowers posted the video online, a Comanche woman “saw it and claimed that I was the person who had tried to accost her in the local liquor store. After that, two other women came forward and claimed that I was the person who had propositioned them, too,” J said. “First of all, I don’t drink. So I don’t go to the liquor store. You can go to our local liquor store and they will tell you they’ve never seen me in there. But besides that, I’m gay! I have always been gay! I have never in my life propositioned any woman! Not ever!”

Besides posting the video on his personal Facebook page, Bowers on Tuesday, Feb. 25, created a separate Facebook page called Predators Become Prey, where he has posted that video and others showing him ambushing men that he arranged to meet through fake profiles on Grindr and other apps.

And at 8:42 a.m. today (Thursday, Feb. 27), the Stephenville Empire-Tribune posted a profile on Bowers, written by the paper’s managing editor, Sara Vanden Berge, online presenting him as a something of a hero working to protect children from online predators: “By day, he works in IT and manages a restaurant. By night he sets out to catch men looking to have sex with local underage boys and girls.”

A caption accompanying a photo of Bowers says he has “a new hobby: Saving minors from would-be sex offenders.”

Bowers told Berge that he “got interested in this” while following the Jeffrey Epstein case and then went on YouTube to watch videos on how to “set up stings.” He claimed that since the first of January, he has confronted seven men — including J — that he first contacted through dating apps like Grindr and Skout.

Bowers said he never makes the first contact with his targets, and that he “makes it clear that the person he is pretending to be is only 15 years old” — a claim belied by the screen caps of his Grindr profile putting his age at 19 and by his conversation with J in which he started out claiming to be of age.

Bowers has no affiliation with any law enforcement agency, but he told the Stephenville newspaper he has gotten support from the law enforcement community. J told Dallas Voice that he has told Comanche police that he has messages backing up his account of his meeting with Bowers, but that he is afraid to go in and talk to police, because he does not believe he will be treated fairly. J also said that while a local attorney in Comanche advised him “not to talk to anybody,” he has not retained a lawyer and cannot afford to do so.

Keeter said that in a comment on the story on the Stephenville newspaper’s site, someone claimed that Bowers’ “evidence” had been turned over to law enforcement, and that they would be “handing down indictments” beginning today. After hearing that, J told Dallas Voice that he is terrified that police would be “kicking down my door any minute now and hauling me off to jail.

“I am so anxious and scared right now,” he said, his voice shaking. “I don’t know what to do or who to talk to. I feel like I am about to have a heart attack.”

According to Berge’s article, Erath County Sheriff Matt Coates told the newspaper that while Bowers’ “heart is in the right place” — another indication that J’s fears that he wouldn’t be treated fairly by law enforcement are not unfounded — “There are rules of evidence that apply” that prohibit a private citizen from conducting “these or any other investigations,” suggesting that no indictments are likely to be forthcoming based on Bowers’ ambush videos.

But that is little comfort to the 70-something-year-old gay man left at the mercy of an angry and uninformed public and who has been forced to leave his home in fear for his safety and sees few if any options for protecting himself from retaliation or unjust prosecution.

“I know I made a mistake in going there that night,” said of his meeting with “Toby”/Bowers. “I went on Grindr because I was lonely and looking for a friend, and I thought I was helping somebody who had been kicked out in the cold. But now, look at where it got me.”

Dallas Voice has reached out to the FBI and to the ACLU for comment regarding the legality of Bowers’ “sting” operations and will add information from those sources if and when it becomes available.

BE CAUTIOUS AND CAREFUL!

We also spoke with Dallas Police Department LGBTQ Liaison Officer Amber Roman, who warned that anyone who meets in person with someone they have “met” only online is taking a risk.

“We have seen it happen in every single dating app out there, from Grindr to Christian singles. In every single one, there are people pretending to be someone they are not,” Roman said. “Meeting in person is a bad idea, period. You are always taking a chance. Even when you meet someone in person, say at church or the grocery store or something, you don’t really know who they really are or what they are really like. It takes a while to find out who someone really is.”

Roman noted that there are a number of common scams being perpetuated through dating apps. One Dallas Voice has reported on relatively recently involves gay men who connect with someone who claims to be off age, usually in their early 20s or late teens. Then once they begin exchanging messages and, in some cases, photos, someone claiming to be the younger person’s parent contacts the scam victim, declaring that their “son” is a minor and then threatening to go to police unless the victim pays them money.

Roman said that anyone who has been targeted in some way needs to report the incident to police. To those who worry that their local law enforcement would either ignore them or try to the situation around to come after them, go in and make the report, she said.

“If you feel like the officer you are talking to isn’t taking you seriously or isn’t treating you right, ask to speak to their supervisor. You have the right to speak to a superviser,” Roman said. “Insist they take a report, Have the courage to make them tell you no. Stand firm.”