Did Lil Nas X just come out as gay? 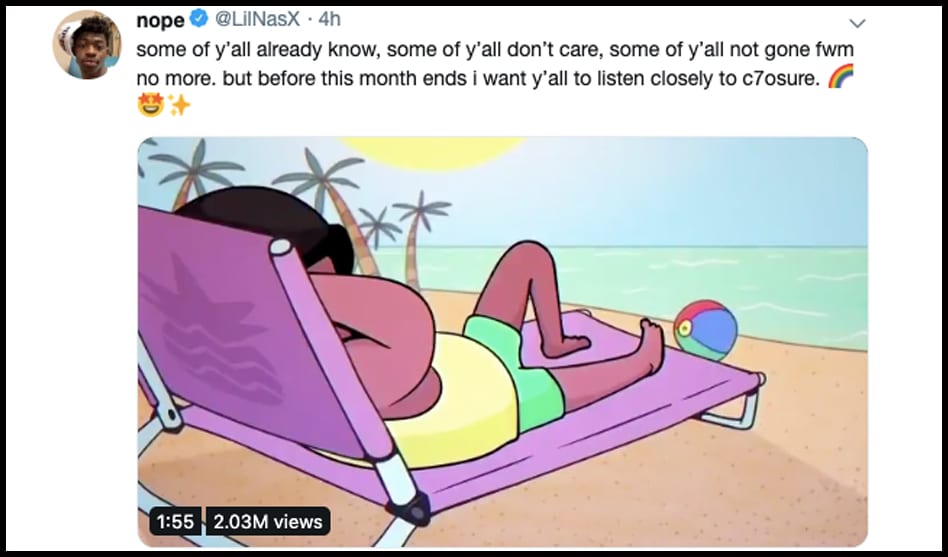 It’s the last day of Pride Month, the big parade day at World Pride in New York on the 50th anniversary of the Stonewall Riots, and everyone is celebrating a little bit … including, apparently, the biggest pop star on the planet at the moment.

Lil Nas X — the Atlanta kid who, in December, released a self-produced single on SoundCloud and is now the hottest act in America, with “Old Town Road” at the top of the charts for 12 weeks, took today to tweet something that seemed a little cryptic:

The song, which was released just last week, includes several verses that indicate a real coming out decision (as if the rainbow emoji weren’t enough:

When people asked what he meant, be later tweeted, “deadass thought I made it obvious” and attached two queer images.