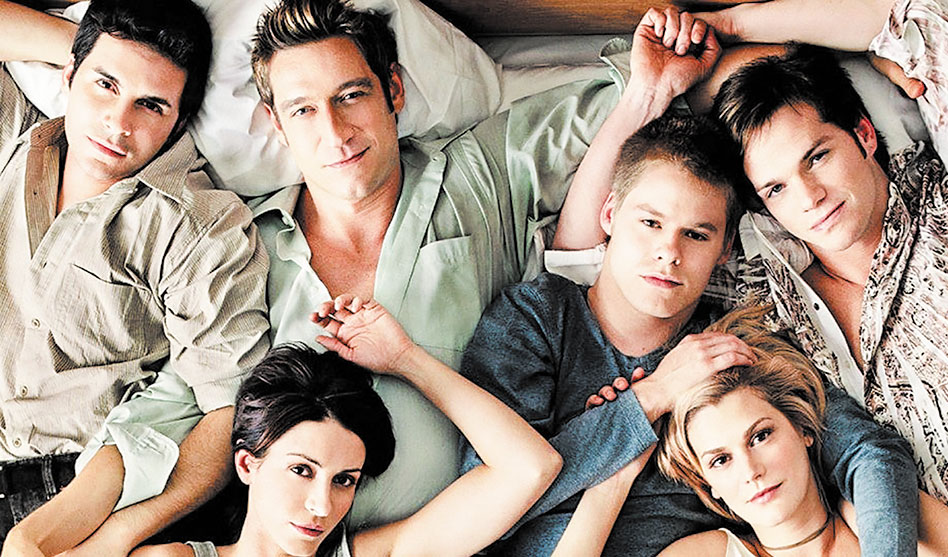 A new ‘Queer as Folk’ is coming to Peacock

After a couple years of rumbling maybes, there’s a new Queer as Folk on the way, with an eight-episode, straight-to-series order from NBC’s streaming service Peacock. The “reimagining” is from Little America creator Stephen Dunn, who’ll set the update among a diverse group of queer friends in New Orleans. (The original UK series was set in Manchester, the U.S. version in Pittsburgh). We’re hopeful that this iteration will take that diversity seriously, because unlike the first wave of LGBT scripted dramas for television — the UK and American QaF included — that were almost entirely centered on white, cisgender characters, we now live with a TV landscape that includes a revived L Word and Pose, programs that deliver a much more inclusive vision of the queer family.

No cast yet (Pose is ending, though; so casting directors, take note: Some wonderful actors are available). And no air date. Just good news.

Uzo Aduba runs the ‘Low Country’
We’re always up for more from the great Uzo Aduba. The Emmy Award winner impresses every time she blesses a new project with her talent (We’re still high on her portrayal of Shirley Chisholm on Mrs. America if you can’t tell). So it’s very good news, indeed, to learn that she’ll be first on the call sheet for the new television drama Low Country.

Aduba will star as a lesbian deputy sheriff in South Carolina’s low country. Black and queer in a conservative white community, she’s tasked with taking on a wealthy white crime family with a reputation for instilling fear in their enemies.

Aduba will also executive produce the series, which is from Michelle King and Robert King (The Good Wife) and written by Dewayne Jones (Your Honor). That’s a solid lineage and a very long way from the days of stuff like the Suzanne Somers sitcom She’s the Sheriff. That’s the one where the joke was that a woman would do a job that only a man should do. Remember it? No? It’s OK, your life will be fine without it.

Look for this one on CBS in the near future.

The film profiles transgender opera singer Lucia Lucas and her historic 2018 performance at the Tulsa Opera, where she was the first trans woman to take on a principal role in opera history. This was nothing less than a career-defining risk, but Lucas collaborated with composer and mentor Tobias Picker to bring her acclaimed baritone voice to the role of Don Giovanni in Mozart’s opera of the same name. The film, directed by James Kicklighter (Angel of Anywhere), won the 2020 OUTshine Film Festival Programmers’ Award of Excellence for its thoughtful exploration of voice, gender, and performance. Don’t miss it when it begins streaming on June 1.

The marvelous John Waters visits ‘Mrs. Maisel’
Here’s the news: legendary cult filmmaker John Waters (Hairspray) will have a role on the upcoming season of The Marvelous Mrs. Maisel. And even though the new season is currently shooting, all details are under closely guarded wraps.

Will he be a one-and-done? Recurring? Minor character? New regular? Who’s he playing? We don’t know and, frankly, it doesn’t matter. But we’re thrilled to see Waters in front of the camera for all sorts of reasons. He’s a queer elder statesman at this point, and for the retro purposes of Maisel, he already looks like an early 60s senior dandy. That pencil thin mustache alone is ready-made period detail.

Meanwhile, Amy Sherman Palladino and Daniel Palladino, the show’s creators, have a fun history of stunt casting going back to their Gilmore Girls days where everyone from Carole King to Norman Mailer to Traci Lords to members of Sonic Youth would simply show up in the fictional town of Stars Hollow to mingle with Lorelai and Rory at a pumpkin festival. Waters is going to fit right in.