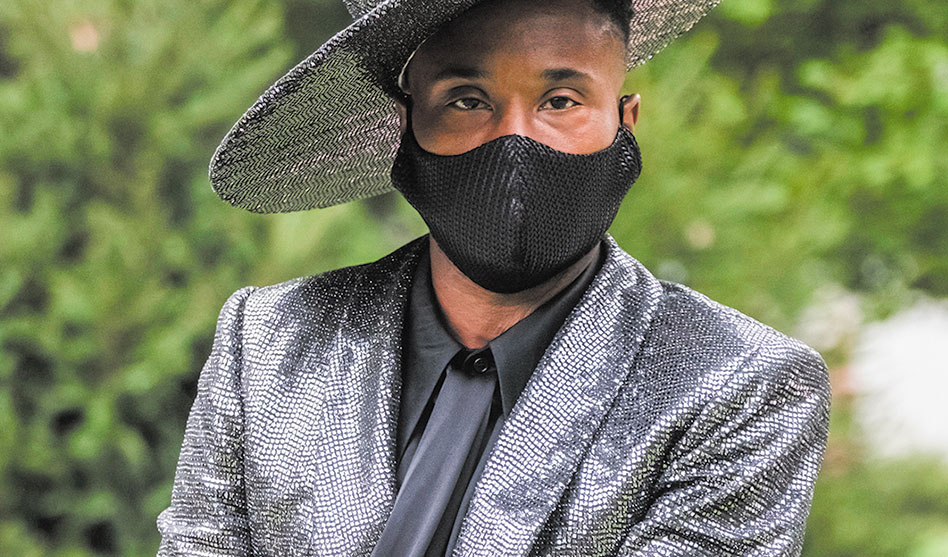 Billy Porter in the director’s chair
He’s one of the stars of Pose, due to return for a third season sometime in 2021; he co-hosted Dick Clark’s New Year’s Rockin’ Eve with Ryan Seacrest 2020 with Seacrest and Lucy Hale; he’s a recording artist and musical-theater veteran and exuberant fashion titan, and now Billy Porter will add filmmaker to his resume. 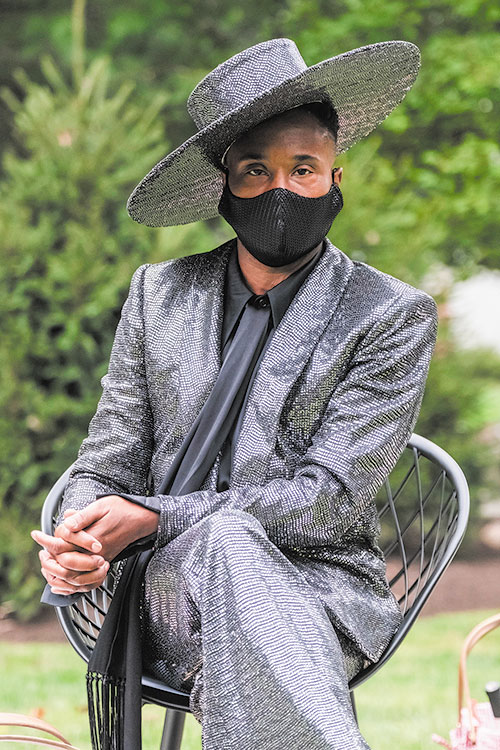 He’ll be directing the upcoming high school coming-of-age feature called What If? The rom-com involves a teenager named Khal who posts about his crush on a transgender classmate named Kelsa, and with the internet cheering them on, the pair embark on a senior year romance. Lesbian super-producer Christine Vachon is behind the project in a new deal her Killer Films struck with MGM. There’s no cast yet, but you’ll know more when we do. For now it’s pleasing enough that this project is moving forward and pushing open the boundaries of mainstream film, addressing the historical imbalance with more trans/POC stories.

Selena Gomez is going to climb every ‘Mountain’
One of 2020’s TV pleasures has been watching a homebound Selena Gomez earnestly trying to learn to cook via Zoom calls with various famous chefs on her HBO Max series Selena + Chef. We had no idea that in between mastering the mechanics of a proper French omelette she was negotiating new deals for herself, but coming soon(ish) she’ll take on the role of real-life lesbian mountain climber Silvia Vásquez-Lavado. Writer-director Elgin James (Little Birds) will adapt Vásquez-Lavado’s memoir, In the Shadow of the Mountain, as a starring vehicle for Gomez (whose casting got a nod of approval from the queer Peruvian climber herself). 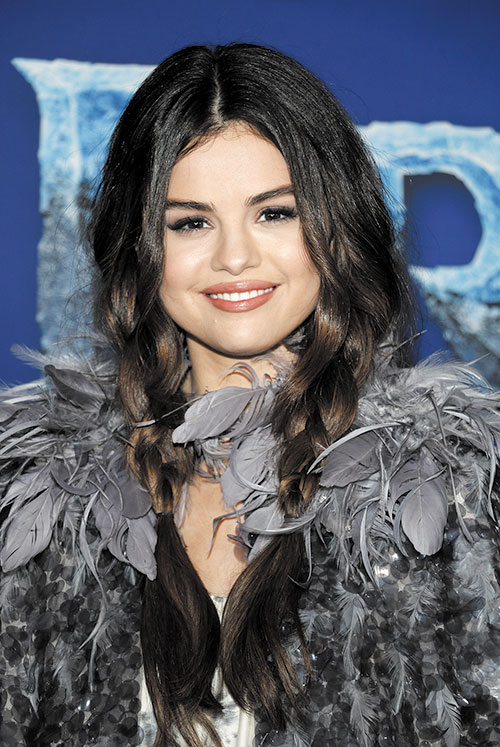 Vásquez-Lavado not only climbed Mount Everest, she also became the first out lesbian to climb the highest mountain on each continent, a challenge known as the Seven Summits. No production or release dates are known yet, but this is already Appointment Cinema.

Guess what pandemic ‘The Second Wave’ will be about
Queer screen darling Taylor Schilling (Orange is The New Black) is back for an upcoming limited series from Michelle and Robert King (The Good Wife, The Good Fight). It’s called The Second Wave, and it’s about two neighbors, played by Schilling and Audra McDonald, who find themselves locked down again in New York City when an unexpected second wave of the coronavirus breaks out. The women are forced to handle their lives and jobs from the confined space of their apartments, while contending with an even more deadly version of the virus, one that may spell the end of humanity itself.

The six-episode series will co-star Leslie Uggams (Deadpool), Steven Pasquale (The Good Wife) and Hamilton’s Phillipa Soo, and with vaccines currently rolling out, maybe by the time this series hits your TV screen, it’ll have the retro feeling of scary science fiction that can’t possibly happen again. Fingers crossed!

‘Guardians of The Galaxy’ hero Star-Lord is bisexual and polyamorous. Now what?
This isn’t an announcement, really, even though it is. And it hasn’t made an official impact on the films that draw inspiration from Marvel Comics canon. But Guardians of the Galaxy protagonist Star-Lord has been revealed to be both bisexual and polyamorous in the ongoing comic book series. This is both a very significant development and, annoyingly, possibly not going to matter at all when it comes to the film adaptations. That’s because Star-Lord is played in the films by Chris Pratt, an actor who has always been quietly friendly to the LGBTQ+ community, but whose recent surge of public religious devotion has made the prospect of him playing a bisexual space hero somewhat unlikely, given his association with an anti-queer church.

The Guardians film franchise continues, of course, and not everything canon in the source material finds its way into comic book-based films, but if queer fans were to consider lobbying hard for a little inclusion, now would be the time to start. And while we’re waiting for some official Pratt reaction, here’s what we’d like for starters: some cuddling with Drax. We’re pretty certain that the perpetually shirtless Dave Bautista would be up for that.

Romeo San Vicente is giving to his local food bank and wants you to do the same.