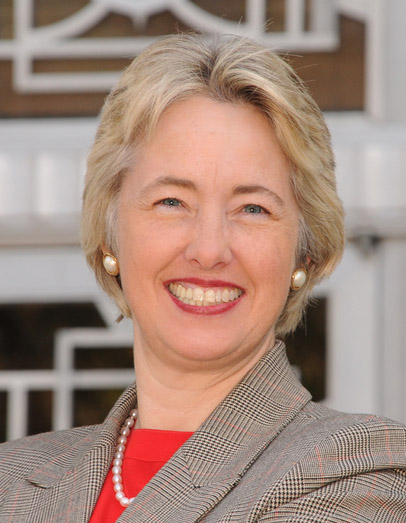 Of Course the Houston Area Pastor Council is riled up about all this talk of “freedom” and “equality.” In a statement released today HAPC characterized Parker’s actions as a “declaration of war on the traditional family.” Former mayoral candidate and HAPC president Dave Welch (who famously once claimed that the solution to the AIDS crisis was to “shoot the queers”) said ““The battle lines are drawn again as [Mayor Parker] proves her contempt for the churches of the city, the traditional family and our state Constitution.”

The statement from HAPC also claims Parker “violated her oath of office to uphold and defend the Constitution of the State of Texas” by advocating for the legal recognition of same-sex couples, which is prohibited under the Texas Constitution. HAPC may want to check out the Houston Mayoral Oath of Office before making such accusations, because this is the oath Parker took when she assumed office:

“I, Annise Parker, do solemnly swear that I will faithfully execute the duties of the office of mayor of the city of Houston of the State of Texas, so help me God.”

Absolutely nothing about upholding or defending the Constitution of the State of Texas, just a promise to execute her duties and a prayer for God’s assistance. The city charter says nothing about the mayor having a duty to uphold the Texas Constitution. So, considering that the mayor’s oath was to execute her duties, and the charter doesn’t say that she has a duty to not criticize the state, it’s hard to imagine how advocating for marriage equality would violate her oath of office.

But let’s assume that Parker had sworn to uphold the state constitution. Members of the state legislature and statewide elected officials like the governor do take that oath. If we follow the logic of the HAPC, those individuals would be violating their oaths of office if they publicly advocated changing what the Texas Constitution has to say about marriage. Which is interesting because in 2005 a majority of state legislators and Gov. Rick Perry did just that when they pushed through the constitutional amendment that currently prohibits marriage equality. By the arguments of Dave Welch and the HAPC all of those individuals should be removed from office for violating their oath.