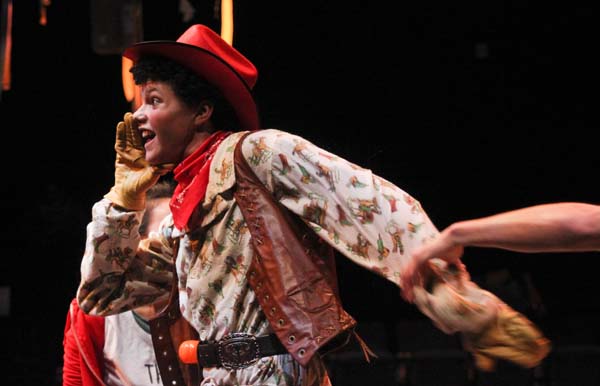 In tomorrow’s edition, I have a review of the Dallas Children’s Theater’s production of The Secret Life of Girls, an hour-long drama about bullying among 14-year-old girls. Though the piece doesn’t directly address gay-bashing, it does show in stark and disturbingly realistic ways how the orbits of clique-ish girls form, and the dangers of it. (On opening night, Fort Worth Councilman Joel Burns participated in the talk-back that follows.)

The play, though, is only one part of a larger program at DCT, that continues this weekend at the Baker Idea Institute, which has as its theme “It Gets Better.” In addition to Girls, there will be a one-day teen summit on Saturday, (starting at 9:30 a.m. and running until 6:30 p.m.), as well as a staged reading of the play The Transition of Doodle Pequeno, pictured, which deals with gender identity issues. (You can read an interview with the playwright on TheaterJones.com, here.)

For more information on the summit, visit BakerIdea.org.