Day in, day out 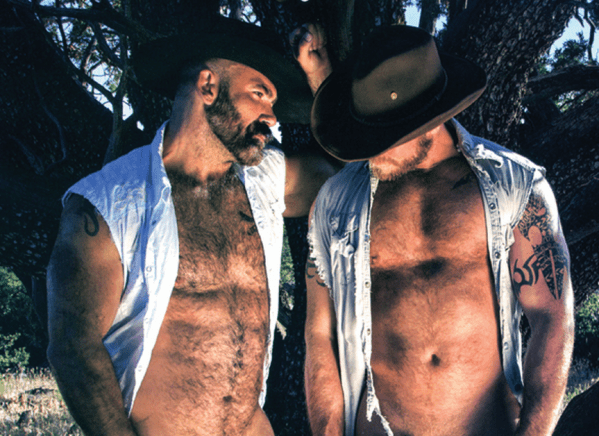 It may be cold outside, but you can keep every day hot inside with sexy gay calendars 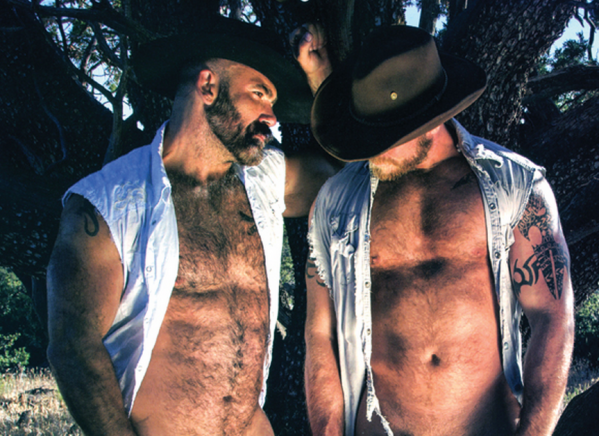 MEN OF THE MONTH CLUB | Two North Texan cowpokes are January models for the HomoRodeo.com charity calendar, above, but you can also indulge your love of Spider-Man with the ‘Turn Off the Dark’ 14-month calendar, below left, the Latino models of FuerteMen.com, bottom, or one of Colt Studios’ man theme calendars — including men in uniform, below right.

Even if 2012 was a banner year for you and you hated to see it go, there are still some good reasons to welcome 2013 with open arms: Calendars. 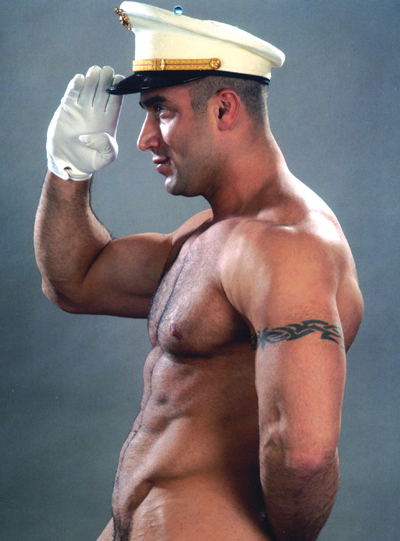 This is the time of year when you can find all kinds of photos to decorate your wall — especially of hot men — all under the pretense of “needing” a calendar to see what the date is. (You have a smartphone; you know the date.)

We admit it, though: The beefcake factor is a good reason to get a calendar. But so is doing something, ummm, charitable. Homo Rodeo.com, a gay website that offers both information about upcoming rodeo events and a way for like-minded cowboys to meet online, has released its Cowboy Country: Men of HomoRodeo.com 2013 calendar, made up of photos of “rodeo contestants, professional models who donated their time and just some [members] who wanted to drop their pants for a cause,” explains the calendar’s photographer, Harley Deuce.

And what is that cause? Rodeos, of course.

“Twenty-five percent of proceeds [from the sales] are donated to local gay rodeo associations including the TGRA,” says Deuce. And since fully one-quarter of all sales are to Texans, that’s keeping it in the Lone Star State. Indeed, pick up this stunning selection of photos, and you might recognize some bar buddies on January: Two Dallasites kick off the year by dropping trou. ($20; available at HomoRodeo.com and through your local rodeo association.)

From the prairie to the Great White Way isn’t as far a leap as you might expect — in fact, the leap is pretty simple if you’re Spider-Man. And the 14 models in one calendar are just that — the handsome, athletic men who make up the cast of Broadway’s Spider-Man: Turn Off the Dark. Unmasked but still leotard clad, they smile and fly through the air in this graphically intensive (but PG-rated) glossy selection of superheroes in a 14-month layout. And with proceeds benefiting Broadway Cares/Equity Fights AIDS, you can get your Spidey-sense tingling for a cause. ($20; available at SpidermanOn Broadway.com.)

The gay website FuerteMen.com offers news and information targeting the gay Latino community, and its publisher, El Paso native Sidney Alvarez, developed a calendar to raise awareness and funds to combat bullying and fight HIV/AIDS. One interesting aspect of this gay-specific calendar? Six of the 12 models are gay, and six are straight. Try to figure out which is which. ($10; available at FuerteMen.com.) 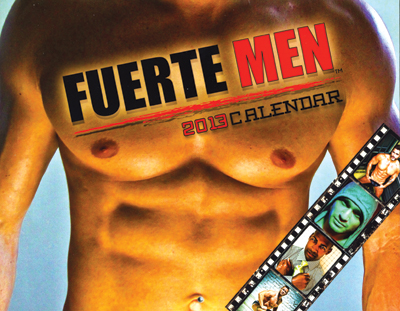 Finally, we have to admit: The Colt Studio calendars may not be designed specifically as a fundraiser. But when you have the history of this producer of gay adult entertainment behind you, well, we’re just happy to shell out some dough for our own amusement. From the Buckshot Boys (for the twinkie lovers) to Uniform Men and Colt Leather (for the fetish crowd) to Butt Beautiful (self-explanatory), there’s a calendar for every taste. ($16 each; available at ColtCalendars.com.)

This article appeared in the Dallas Voice print edition January 4, 2013.