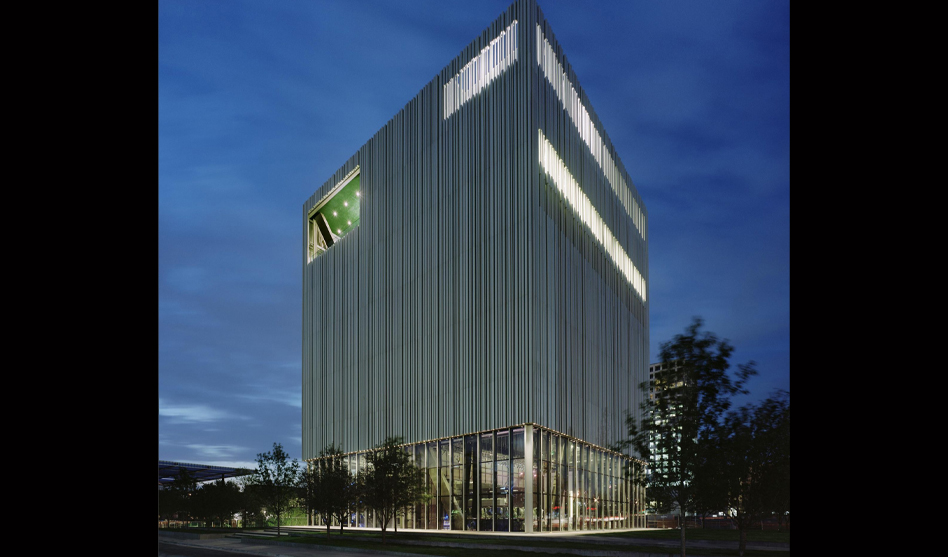 Dallas Theater Center has announced the return of an in-person season, complete with DTC’s first touring production. The season includes seven unique productions in addition to DTC’s annual production of A Christmas Carol and the Public Works Dallas pageant.

The nine-event season begins in September and includes two world premiere comedies, the regional premiere of an adaptation of a bestselling book, a new take on an American classic and a bold interpretation of one of a beloved musicals.

DTC will also launch a new Community Touring initiative to community centers throughout the city, with productions planned for the Dee and Charles Wyly Theatre at the AT&T Performing Arts Center and at the Kalita Humphreys Theater, DTC’s historic home theater designed by Frank Lloyd Wright.

“We are thrilled to welcome audiences back to the Wyly Theatre and the Kalita Humphreys Theater with a season of comedies, music and stories of inspiration,” said Kevin Moriarty, Enloe/Rose artistic director. “We are creating productions that will produce laughter, strengthen community, and inspire healing. After more than a year of producing work primarily virtually, we can’t wait to once again celebrate the special experience of actors and audiences having a shared experience in person.”

The season will feature the artistry of the theater’s Diane and Hal Brierley Resident Acting Companymas well as an expanded commitment to providing full-time, year-round employment to professional theater artists. The theater’s commitment to supporting professional artists will include appointing a full-time playwright-in-residence, associate artistic director, resident music director and resident designer.

Moriarty said, “During the pandemic it became clear how vulnerable artists are in our society. So we are expanding our support of artists by hiring a diverse company of full-time, professional resident actors, writers, directors and designers to create unique productions that you can only see at DTC,.

“In addition to creating thrilling productions on stage, our resident artists will engage with our community throughout Dallas, bringing theater to the people and welcoming everyone to experience the joy of theater, both as audience members and as participants,” he added.

For the first three shows of the season, DTC will offer a social distancing section. The company will   continue to monitor CDC, Dallas County and their own medical advisors on safety protocols throughout the season.

Jeff Woodward, managing director, said, “We cannot wait to return to live, in-person performances for our North Texas audience. During the pandemic, we have been heartened and deeply grateful for the strong community support, understanding and patience.

“We look forward to seeing audiences once again.”

The season begins with Cake Ladies and Tiny Beautiful Things running in repertory, starting in September in the Potter Rose Performance Hall.

• Cake Ladies is the world premiere comedy, from playwright-in-residence Jonathan Norton, written specifically to welcome audiences back to the theater, and features Brierley Resident Acting company members originating roles created specifically for them. In Cake Ladies, the Scott County Community Playhouse is the pride of Cedar Oak, Texas, a small town recovering from a drug-fueled HIV outbreak. With the launch of their first ever “AIDSFest!” it seems the town is finally turning a corner for the better.

When the COVID-19 pandemic shuts down the playhouse production of Angels in America, best friends LeAnne (Sally Nystuen Vahle) and Tweedy-Bird (Liz Mikel) — affectionately known as “the cake ladies” — leap into action to make Angels soar again in their hometown. However, to do so they must confront Cedar Oaks’ dark past and their own carefully buried secrets.

• Based on the New York Times’ best-selling book by Cheryl Strayed (author of Wild), Tiny Beautiful Things follows Sugar, an online advice columnist who uses her personal experiences to help the real-life readers who pour their hearts out to her. Rich with humor, insight, compassion and absolute honesty, Tiny Beautiful Things is about reaching when you’re stuck, healing when you’re broken and finding the courage to take on the questions that have no answers.

• Next, The Supreme Leader makes its world premiere at the Kalita. While in boarding school in Switzerland, Kim Jong-Un learns he’s next in line as The Supreme Leader after his older brother’s career-ending trip to Tokyo Disneyland. But he must prove himself. Under the watchful eye of his minder, he sets his paintbrush aside to spy on his pretty American friend Sophie. Will “Oony” get the girl? Will he make his father proud? This coming-of-age comedy imagines Kim Jong-Un’s final throes of youth before his fateful return to North Korea. The Supreme Leader was written by Don X. Nguyen and will be directed by Kevin Moriarty.

• Next in the Kalita, one of the most beloved American plays ever written. Our Town by Thornton Wilder, follows the Webb and Gibbs families as their children fall in love, marry and eventually — in one of the most famous scenes in American theater — die. Narrated by a stage manager and performed with minimal props and sets, Our Town depicts the fictional small town of Grover’s Corners, New Hampshire, through three acts: “Daily Life,” “Love and Marriage” and “Death and Eternity.” In the next step for a play that Wilder conceived from the beginning as a play about everywhere, this version is in three languages — English, Spanish and Creole. Filled with live music and infused with layers of culture and community, this special production celebrates Grover’s Corners as an international address and finds the shared humanity in all its inhabitants.

• For its first touring production, DTC presents Native Gardens by Karen Zacarias. It will wrap up with performances in the Wyly Theatre Studio.

In the suburbs of Washington D.C., Pablo, a high-powered lawyer, and Tania, his very pregnant doctoral candidate wife, have just purchased their dream home. It’s a bit of a fixer-upper, but luckily, Tania is a brilliant gardener and plans to transform their outdoor space into a beautiful native garden. Their new next-door neighbor, Frank, is a gardener himself and spends most of his time nurturing his non-native garden to win the annual gardening competition in the neighborhood.

When Tania and Pablo set to work on building a fence they discover that their property line is 2 feet into Frank’s beloved garden. Friction between the neighbors erupts into an all-out war, and it becomes increasingly unclear who will win in this hilarious, hot-button comedy.

• A country under attack. A family paralyzed by loss. And a woman who is afraid to love. DTC boldly reexamines one of the most exhilarating musical theater classics ever written. Winner of five Tony Awards, including Best Musical, The Sound of Music was the final collaboration between Richard Rodgers and Oscar Hammerstein II. From its opening in 1959, it immediately became the world’s most beloved musical on both stage and film. The inspirational story follows a young postulate who is dispatched to serve as governess for the seven children of an imperious naval captain, bringing joy and music to the household. But as the forces of Nazism take hold of Austria, Maria and the entire von Trapp family must make a moral decision. Once again let your heart thrill to The Sound of Music. The production will be presented in the Potter Rose Performance Hall and will be directed by Kevin Moriarty.

• Finally, in the Kalita, Trouble in Mind, a groundbreaking American comedy/drama, both written and set in the mid-1950s, that tells the story of Wiletta Mayer, an African-American actress cast in a supposedly “progressive” play about racism written by a white male author–which turns out to be anything but progressive.

Trouble in Mind opened off-Broadway in 1955 and became the first play by a Black female playwright to be optioned for Broadway. But when Alice Childress, the real-life playwright, refused to change the ending at the request of the white producers, the production was called off. Seven decades later, this nearly-lost classic is making a comeback at theaters across the country — including Broadway this fall — proving that this funny and moving play is a piece for our times.

Dallas Theater Center’s nationally recognized Public Works Dallas community engagement program will return with its annual pageant production in July 2022. The large-scale musical production, whose title will be announced in the fall, will feature 200 community members performing alongside DTC’s professional artists. It will be offered for free to the community for two weekends of performances, demonstrating DTC’s deep commitment to the idea that theater is the birthright of everyone.

For more information about DTC’s upcoming season or buy a subscription go to DallasTheaterCenter.org.