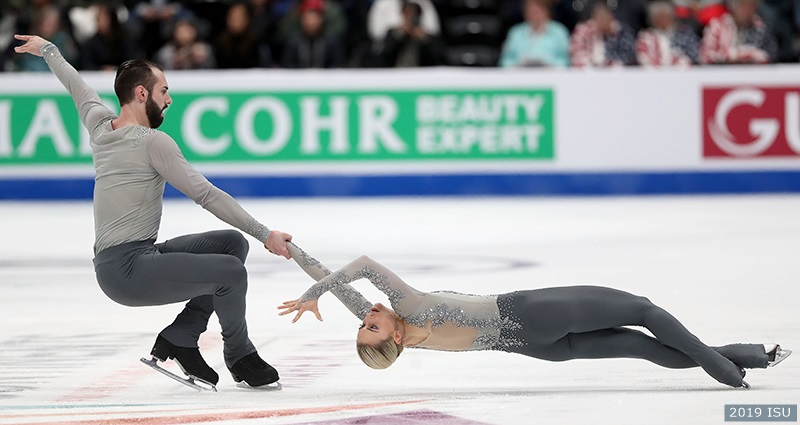 On the first day of senior level competition at the U.S. National Figure Skating Championships, reigning Dallas-based Pairs title-holders Ashley Cain-Gribble and Timothy LeDuc had hoped to continue their forward momentum with top scores in the short program contested Thursday night in Greensboro, N.C. But, man, ice is slippery. An uncharacteristic mistake on a routine “death spiral” left the talented team in third place heading into Saturday’s final.

The technical minutiae of figure skating can be elaborate and labyrinthine. I caught up with LeDuc after the competition and, ever the gracious gentleman, he explained what happened.

“My pivot foot slipped so we didn’t get the full revolution and lost [points] on the entire element. We really appreciate the support of our friends and family back in Texas,” he said. “We had a lot of really good things out there on the ice today. The death spiral was really disappointing because it’s figure skating 101, one of the basics. We’ve worked super hard for this competition and really concentrated on our training… so to make a mistake on something we know we can do well and easily, stings. But we’re focused on the long program and will make a good effort out there on Saturday.”

Bet on it. Out queer athlete LeDuc and Cain-Gribble, his ferocious ally and partner, are tough as Texas and won’t go down without a fight. Look for them to rebound and wind up on the podium come final night and qualify for the World Championships later this spring. 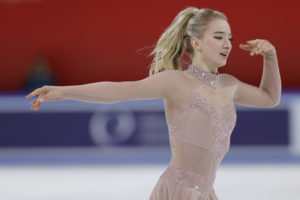 Amber Glenn, Cain-Gribble/LeDuc’s recently out queer training mate, made an enormous impact in the Ladies competition on Thursday night with a riveting performance to Madison Bailey’s “Scars.” Glenn, a former U.S. Junior ladies champion and long-time fan favorite, scorched the ice with a deeply emotional and technically solid performance in the short program.  A sliver of one point out of third place, Glenn is poised to make the podium and send the message that she continues to be a compelling force on Team USA.

Ice. Yep, hard and cold and unpredictable… kinda like life. Can’t wait for Cain-Gribble and LeDuc, along with their friend and teammate Amber Glenn to melt these Nationals. Doubt them at your peril.