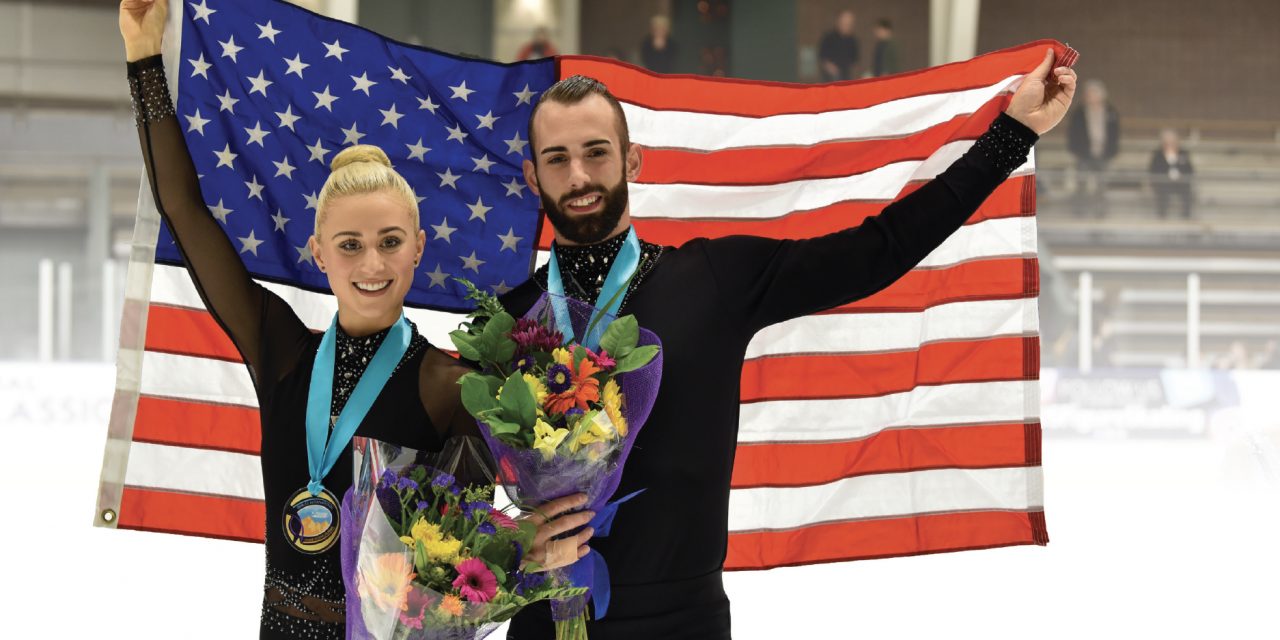 Capping a great year on the ice, out Pairs skater Tim LeDuc and partner Ashley Cain-Gribble focus on improving the lives of others, while fellow Ladies skater Amber Glenn officially comes out

The North Texas-based ice skating team of Ashley Cain-Gribble and her queer partner Timothy LeDuc blasted out of the 2019 gate by winning the U.S. National Pairs Championships in spectacular fashion last January. They will forever be national champions. It’s in the record books. Pretty cool.

Also pretty cool was LeDuc notching a place in history as the first out gay athlete to win a U.S. Pairs title. For LeDuc, the win reawakened the dreaming child in him, something he admits he doesn’t often feel in his “old age.” (He’s 29… eye roll.) 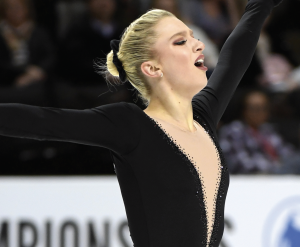 He’s not the only one, of course. “Once you’ve attained that goal and hit what you thought would be the highest point in your career,” says Cain-Gribble, “you find you want more.”

The “more” happened soon. They next had the daunting challenge of competing as the sole U.S. Pairs team at the 2019 World Figure Skating Champions in Saitama, Japan.  Their goal was to place in the top 10, and in doing so, regain U.S. pairs a second spot at The 2020 Worlds. Getting back those two spots was huge. A must. The burden on the team to produce was massive.

“There was immense pressure going into Worlds,” says LeDuc. “After Nationals it felt like I became pregnant with expectation and had been carrying this weight around with the stress growing like a baby inside. When we won those two spots it was like giving birth!”

The spring and summer unfolded with new achievements and milestones. They helped Team USA win the World Team Trophy in April; in June, Cain became Cain-Gribble when she married long-time beau Dalton Gribble. (LeDuc was in the wedding party as a “bridesman.”) After honeymooning on Turks and Caicos, Cain-Gribble flew back to Dallas, and she and LeDuc left the same day for an elite U.S. Figure Skating training camp. The autumn was shaping up nicely.

They continued to practice during the summer (including a camp in Baselga di Piné, Italy), and when September rolled around they calmly claimed their second straight Gold Medal (against a stacked field) at the 2019 U.S. International Figure Skating Classic in Salt Lake City.

As they skated on the Grand Prix circuit in the fall (sadly, they failed to make the finals of the Grand Prix), their eyes remained on one goal: to retain their title at the 2020 National Championships this coming January in Greensboro, N.C. It has been several years since a pair’s team has successfully defended their title, so yep, more pressure.

One way to keep pressure at bay was to focus on things outside of skating. For the newlywed Cain-Gribble, it’s not just her marriage but issues of women’s empowerment that fuel her off time, and she uses social media to share her experiences and advocate for strong women. It helps that she can share ideas and insight and learn from other formidable skaters such as Meryl Davis, Madison Hubble, Mariah Bell and Adam Rippon. Also in that stable: Amber Glenn, who trains alongside her friends in Euless and Valley Ranch.

“I try to follow the example Ashley sets and her overall demeanor when she skates in front of thousands of people,” Glenn says. “She’s so strong and confident. I really look up to her and admire her for that.”

Strength is something Glenn, hailing from Plano, knows about herself. She is the only openly queer Ladies figure skater competing on Team USA. While Glenn has been out to those in her inner circle for some time, she publicly acknowledges it for the first time in this interview.

“The fear of not being accepted is a huge struggle for me,” she says. “Being perceived as [going through] ‘just a phase’ or [being] ‘indecisive’ is a common thing for bisexual/pan sexual women. I don’t want to shove my sexuality in people’s faces, but I also don’t want to hide who I am.” Happily, she will have a constant ally in Cain-Gribble and an unwavering mentor in LeDuc. 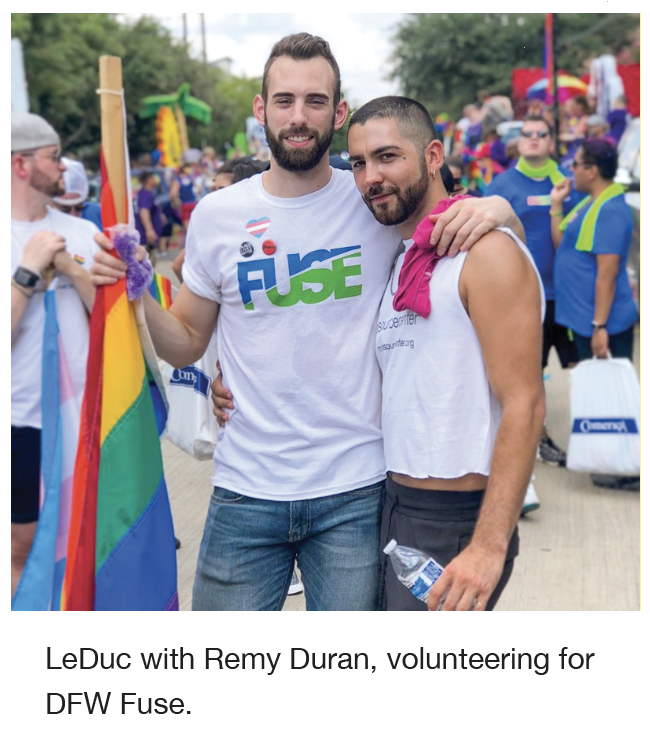 As for LeDuc, he gets his mind off skating by advocating for the gay community. He proudly identifies as “queer” — a word once used as a pejorative but that has now become preferred by many. “The word has been reclaimed,” LeDuc says. “We used to use ‘gay community’ as the umbrella term, but it’s not very inclusive, since it only describes men attracted to men. Queer is much more inclusive because it includes sexual orientation and gender identities and other identities within the LGBTQ+ community. In the past, it was such a negative and hurtful word, there is power in reclaiming it.”

LeDuc is very open and comfortable about being an out athlete and doesn’t concern himself with those who might wish he were less visible and less vocal.

“Anyone who would prefer my silence doesn’t realize what’s at stake and is not aware of the good that comes from visibility, he says. “They are not aware of how many youths are not in an affirming environment and need an out and open advocate to give them words of affirmation when they are in an environment where they have none.

Being an advocate for gay youth is not just an idea for LeDuc, it is reality. He is a Core Group volunteer for DFW Fuse — a group for gay, bisexual, pansexual, queer and questioning guys between the ages of 18 and 29 in the  Metroplex. Their mission is to foster a safe, healthy, and supportive community.

Fuse feels equally as passionate about having LeDuc as an ally.

“Timothy is an absolute treasure,” says Fuse coordinator Tres Brown. “Support from outstanding members of the community like him is invaluable to the progress and atmosphere here at DFW Fuse. I know his time is precious, but he even checks in with us when he is traveling. Timothy is not just a volunteer, but has become a dear friend who exemplifies leadership and generosity. He’s pretty fierce, too!”

Fierce is an apt term for the Cain-Gribble/LeDuc team. They are also poised and personable, bright and beautiful, confident and collected … a powerhouse package. Look for those qualities to serve them well as they fight to defend their U.S. Pairs title at Nationals in January.  They haven’t come this far to get only this far. They’re just getting started.                   █