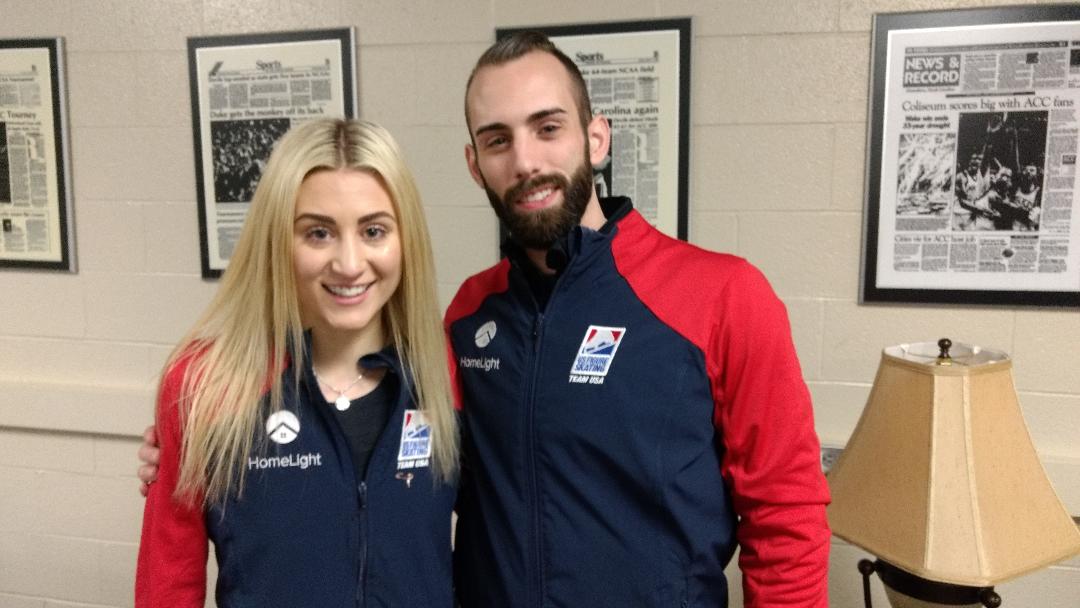 Sometimes the blood, sweat and tears exhausted in prepping for a U.S. National Figure Skating championship may seem futile when things don’t go your way. Ice is a bitch, and it can make you its bitch.

This seemed to be the case for Dallas-based Pairs skaters Ashley Cain-Gribble and partner Timothy LeDuc, along with their training mate Amber Glenn. (The three train at the StarCenter in Euless and Valley Ranch.)

Cain-Gribble and LeDuc, the reigning U.S. champs, were not happy with their performance in Thursday’s short program when costly and unexpected mistakes left them languishing in third place. But they planned to erase doubts and defend their title in the Pairs final on Saturday afternoon. Didn’t happen. More uncharacteristic mistakes edged in and they slipped another slot and concluded the championship down in fourth place.

Part of U.S. Nationals is deciding who qualifies for the world team. Typically the spots are determined by the top finishers.

But not so fast. That is only a guideline. U.S. Figure Skating (USFS) announced the World Pairs team Sunday evening and, come March, it turns out Cain-Gribble and LeDuc will indeed be representing the U.S. at the world champions in Montreal. They advanced ahead of the silver and bronze U.S. national medalists… a right fully within the USFS authority.

A relieved LeDuc kept it real: “We are really excited to be named to the world team. Our body of work speaks for us. We’ve had many major accomplishments so I think the (selection) committee took that into consideration. We’re very humbled, honored and grateful to our team mates for pushing us and we look forward to again placing in the top 10 in the world.”

Theirs wasn’t the only happy next chapter. Out queer U.S. ladies skater Amber Glenn went into the final leg of her national competition following a career-defining best performance in the ladies short program. Standing O? Oh, yes. Free skate? Oh no. She slid into fifth place and off the podium. It seemed her season had abruptly ended.

Again… not so fast. USFS saw Glenn’s grit and glamour and advanced her to the U.S. ladies team who will compete at the international 4 Continents Championships in early February in Seoul, South Korea.

Our Dallas-based athletes live to skate another day. What a difference a day makes.