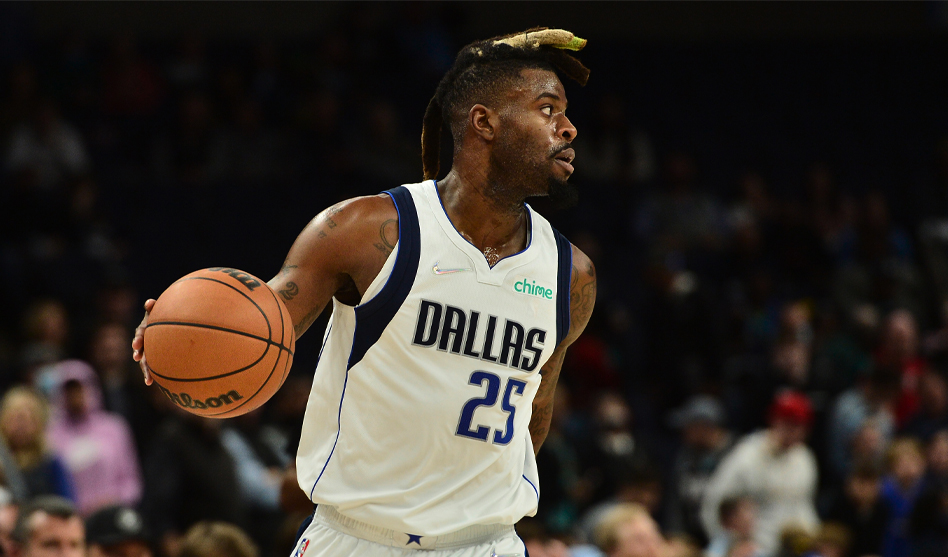 Reggie Bullock of the Dallas Mavericks

The NBA announced on Sunday, May 22, that Dallas Mavericks guard-forward Reggie Bullock has been named the 2022 Kareem Abdul-Jabbar Social Justice Champion.

Bullock was selected from a group of five finalists for his dedication to pursuing social justice and advancing Abdul-Jabbar’s life mission to engage, empower and drive equality for individuals and groups who have been historically marginalized or systemically disadvantaged, specifically within the LGBTQ+ community, according to statement published on the NBA website.

In January, Bullock talked to Dallas Voice about his sister, Mia Henderson, a transgender woman who was murdered in 2014, and why he has dedicated his life to honoring her by fighting for LGBTQ rights and acceptance, and especially for trans women. As soon as he joined the Mavericks just before  the start of the 2021-22 season, Bullock connected with several LGBTQ organizations in Dallas, including The Muhlaysia Booker Foundation, Abounding Prosperity, Dallas Southern Pride, House of Rebirth, the Black Tie Dinner and Resource Center.

“We are all one, and I believe love lies in everybody’s heart,” Bullock upon receiving the award this weekend. “It’s incredibly important to me, as a cisgender athlete, to stand in support of the trans and LGBTQ+ community.”

The Muhlaysia Booker Foundation issued a press release Sunday night congratulated Bullock, calling him “a true champion that is advocating for one of the most marginalized communities, the transgender community.”

Stephanie Houston, Muhlaysia Booker’s mother and executive director of the foundation named after her daughter, said, “I had the chance to be a part of an important conversation surrounding transgender awareness with Reggie back in March, and we quickly connected. We have similar stories and a connection with the loss of our loved ones to senseless violence.”

Muhlaysia Booker Foundation President Ahmad Goree added, “We look forward to working closely with Reggie and the Dallas Mavs as we bring awareness to this cause that is so badly needed. I would hope that more NBA players and other professional athletes and teams would do the same as Reggie and the Mavs.”

The foundation and Muhlaysia Booker’s family and friends marked the third anniversary of her death last week. In April

The last week has been tough for the Muhlaysia Booker Foundation and Muhlaysia’s family and friends as May 18th marked three years since her tragic death. In April 2019, video of a crowd gathered around laughing and cheering as Muhlaysia was beaten by several men in the parking lot of a South Dallas apartment complex following a fender-bender. Less than a month later, on May 18, she was found shot to death, laying in the middle of an East Dallas street.

The suspect in her death, Kendrell Lamar Lyles, was arrested on June 5 in connection with two other murders. On June 12, police announced that he was also being charged in Muhlaysia’s death. He remains in the Dallas County Jail awaiting trial.