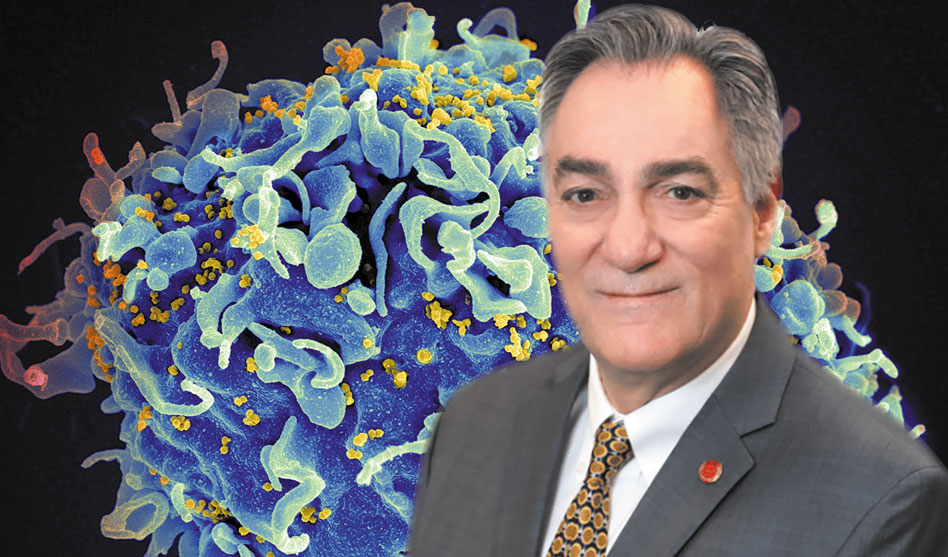 Maryland-based gene therapy company has completed Phase 1 trials on a cure for HIV/AIDS and is preparing to submit protocols to the Food and Drug Administration for Phase 2. According to American Gene Technologies, “The trial hit two major benchmarks — proving that its treatment is safe and durable.”

“We want to use cutting-edge gene therapies to find cures, not treatments,” said AGT CEO Jeff Galvin in a press release. “We want to disrupt the pharmaceutical industry and replace existing, expensive Big Pharma symptomatic treatments. We want to revolutionize healthcare.”

When a T-cell product that has been taken from a person infected with HIV is modified with the company’s AGT 103, the trial showed it was tolerated well and that these enhanced T-cells persist and are ready to respond to the HIV virus. The activated T-cells are grown in a protease inhibitor to prevent any residual HIV from replicating.

The trial’s first goal concerned safety of the product in high and low doses. There were no serious adverse events and any reaction was mild in the limited trial, the company reports.

HIV disease is characterized by a loss of CD4 T-cells. However, a small group of individuals has suppressed HIV replication without antiretroviral therapy. Those people have a high level of a specific CD4 cell. Natural virus control has been correlated to that specific type of T-cell.

Correcting the amount of that specific CD4 cell may prove to be a cure for HIV. The challenge is creating enough of these specific cells required for the body to mount a robust response to HIV while these same cells are, at the same time, highly susceptible to the HIV virus.

Through genetic modification, AGT proposes reconstituting the needed CD4 cells and inhibiting their destruction to clear HIV in the body and produce immunity from the virus. If successful, the treatment should reduce or eliminate the need for antiretroviral therapy, according to AGT.

In all, 7 people ranging in age from 26 to 59 years old participated in the Phase 1 trial. Their duration of HIV infection ranged from 3.8 to 28.4 years and they had been on antiretrovirals for 3.8 to 28.4 years. The trial only included one female participant.

The cell manufacturing process takes 12 days. Of the 13 participants, 11 products were produced and two failed. Of those produced, three were damaged during storage and one expired. Seven were infused back into the participants.

The study showed the treatment was safe and well tolerated. The most frequent side effect was nausea that subsided with a day or two. Participants had elevated CD4 cells up to 180 days from the time of infusion. Despite positive results, at this point, none of the participants in the Phase 1 trial is considered cured.

Phase 2 trials are expected to begin later this year.