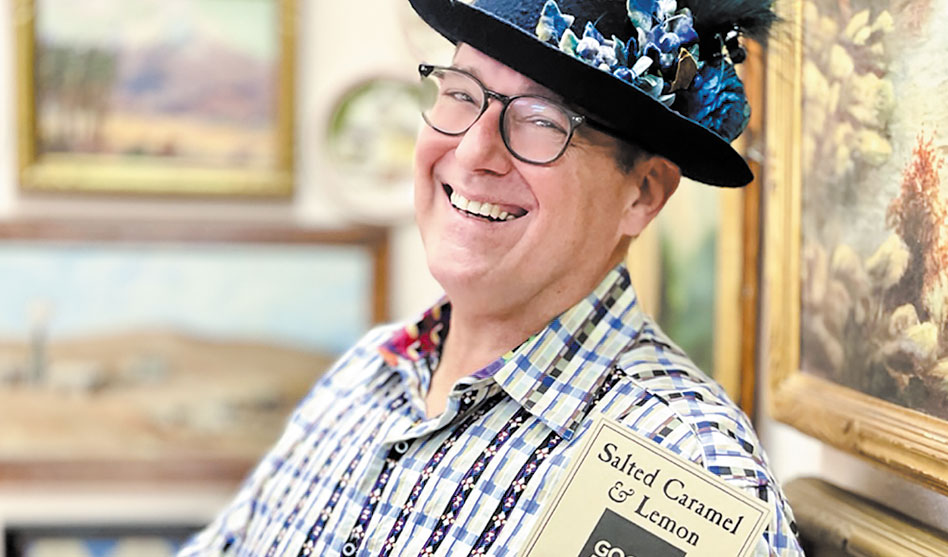 Chocolates are often the key sweet treat for Valentine’s Day. From a heart-shaped box to strawberries dipped to the stem, apparently nothing says love like chocolate.

But a salted caramel or a lemon cookie could change the game.

Those signature flavors definitely have been game changers for Wackym’s Kitchen, winning the business its first of two awards this January from the Good Food Awards.

The awards are good news for the local business, but the cookie company has been on an upswing since its inception 13 years ago. 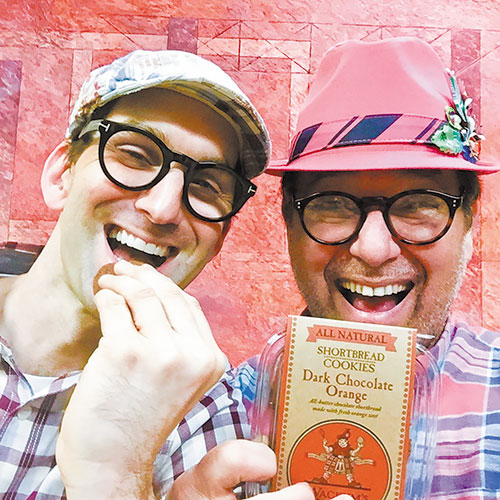 With his partner, Darren Stanley.

“We’re very excited about this,” Paul Wackym said by phone. “Now we just continue and have people keep talking about it. Stores are requesting samples which is good.”

Paul Wackym is the man behind the company’s eye-catching moniker. And as the self-proclaimed Chief Cookie Officer, he has been developing flavors and creating cookies for 13 years here in Dallas — well, Garland now, to be exact.

The Good Food Foundation recognizes regional foodmakers, and awards are handed out in 18 categories. Of the eight awards doled out to Texas-based foods, Wackym’s Kitchen took two.

That’s not a bad haul.

“We created the Good Food Awards to highlight the small, local makers doing everything right, whose tremendous contributions are often overlooked,” GFF Executive Director Sarah Weiner said in a press release. “Wackym’s Kitchen is a true innovator that rose to the top in a blind tasting and met the high sustainability and socially responsible standards of the Good Food Foundation.

“We’re honored to award Wackym’s Kitchen as a truly outstanding product rooted in the sort of value’s we all want to support,” Weiner added.

Although these are the kitchen’s first awards, Wackym’s cookies are no secret.

“Wackym’s Kitchen is the second-highest-volume cookie line in Central Market. We can be found at all Whole Foods in Texas, Oklahoma, Arkansas and Louisiana, along with specialty stores all over Dallas, Texas and coast to coast,” Wackym mentioned in an email.

The store’s first recognition came in 2015 when Wackym’s was nominated by the Specialty Food Association for a sofi award. 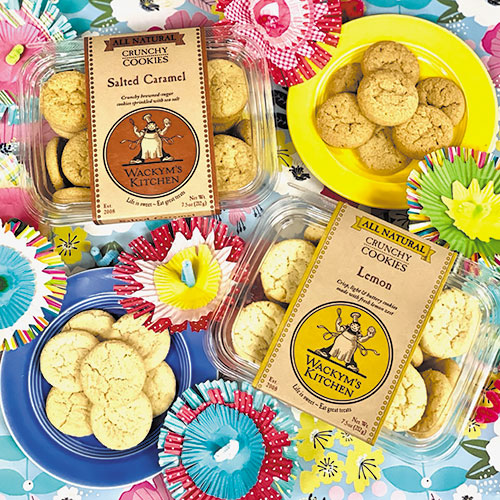 The cookie line’s humble origin story began at the Dallas Farmers Market, and now the company has grown into offering 40 different varieties and items that include the cookies, shortbreads, gift boxes, party favors and platinum tins.

Wackym’s Kitchen believes in sourcing locally and in sustainability, and all the cookies are made from real butter, cane sugar and unbleached/unbromated flour with only fresh ingredients — no artificial flavorings or preservatives.

Before opening the kitchen, Wackym had a notable career in fashion design and as a buyer and product developer for stores such as Neiman Marcus and Dillards. That experience led him all over the world, giving him the opportunities to amass a wealth of experience, exposure and taste.

“Neiman Marcus saw me in product development. My primary focus was for the gift basket and candy program,” he said. “I was developing new items for the stores in packaged food and candy, and it was big volume.”

There was the urban legend about the lady who asked for the chocolate chip cookie recipe at Neiman’s Zodiac Room only to discover she was charged $250 for it. At the time, Wackym jumped on that idea. He worked with the manufacturer and redesigned the recipe. Then the recipe was printed on the packaging of the store’s cookies. 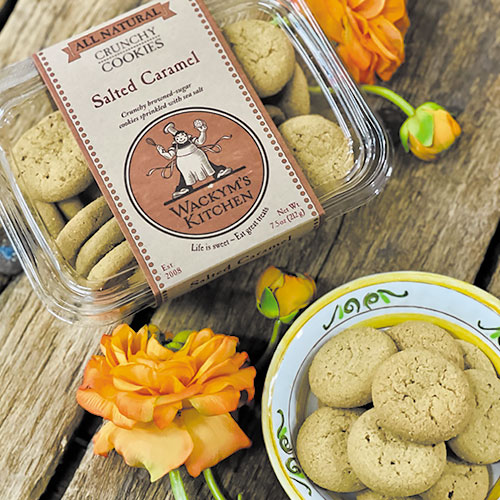 As his career progressed, a layoff in February 2008 steered him into a pivot. He did some consulting, but, ultimately, his partner encouraged him to start making cookies.

“We found a commercial kitchen not far from our house and began working out of there,” Wackym said. “Made a few; sold a few. But in that first year we were approached by Central Market. We had cookies in a few smaller stores, but that was our first big store and, really, our launch.”

The company is quite literally a labor of love — in the best ways. Wackym and his partner, Darren Stanley, work together running Wackym’s Kitchen, although they work in different capacities.

Wackym creates the products, handles customer service and still makes the public appearances at the farmers market, even though, these days, the kitchen sells at the Coppell Farmers Market (look for the guy in a fabulous hat).

As a CPA, Stanley handles the financials for the company. The two have been together for 16 years.

Once the sofi nomination hit, their business grew fast.

“Darren worked his corporate job until the product got into Fresh Market, which was huge. Then he quit that job to dedicate full time to the kitchen,” Wackym said.

The love doesn’t stop there: “I’m really proud of the fact that our little enterprise stopped being just about us,” Wackym said.

What started out as just Wackym and Stanley has grown into a full-time staff of 11, with a half-dozen part-timers.

“We had these two ladies who spoke only Spanish. They are still with us 11 years later,” Wackym said. “We have one employee who has been with us since high school and is now in his senior year at college. We’re as generous as can be and proud of how we can support the lives of our employees.”

Visit them online at WackymsKitchen.com.