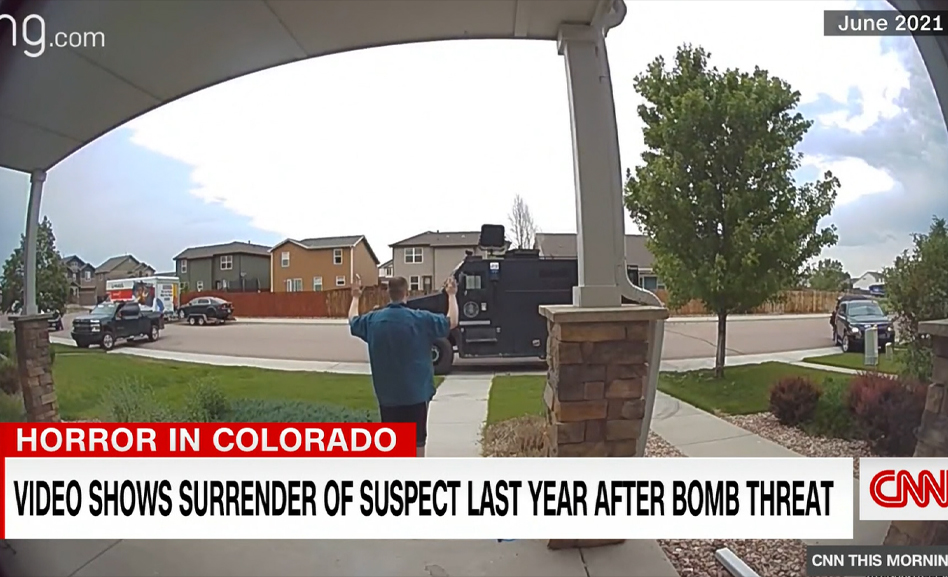 Video footage from a home security camera, provided to CNN by a relative of the shooter’s mother, shows Anderson Lee Aldrich surrendering to police after his mother reported he had threatened her by saying he had a bomb in June 2021. Charges in that case were apparently dropped, and the records sealed, CNN reports.

UPDATE: CNN reports that Anderson Lee Aldrich is being charged with five counts of first-degree murder and five counts of a bias-motivated crime causing bodily injury, according to an online docket in El Paso County courts. Court records show no bond has been set for the suspect, but do not indicate whether he has retained an attorney.

Police still have not commented further about the motive for the attack, despite the hate crime charges.

ORIGINAL POST: While police have yet to publicly comment on the motive for the shooting Saturday night at the Colorado Springs LGBTQ bar Club Q, a report in the U.S. edition of the U.K. newspaper Independent, along with other news outlets, says that the shooter, 22-year-old Anderson Lee Aldritch, is the grandson of a Republican member of the California State Assembly.

Anderson, who was confronted and disarmed by at least two patrons shortly after opening fire inside the club Saturday night, remained hospitalized today (Monday, Nov. 21), apparently suffering from injuries he sustained when the patrons confronted and disarmed him. Police said Aldrich used a long rifle, described by Police Chief Adrian Vaasquez as “an AR-style weapon,” in the shooting but was also carrying a handgun at the time of the attack. He was wearing a military-style flak jacket when he arrived at the club, according to CNN. 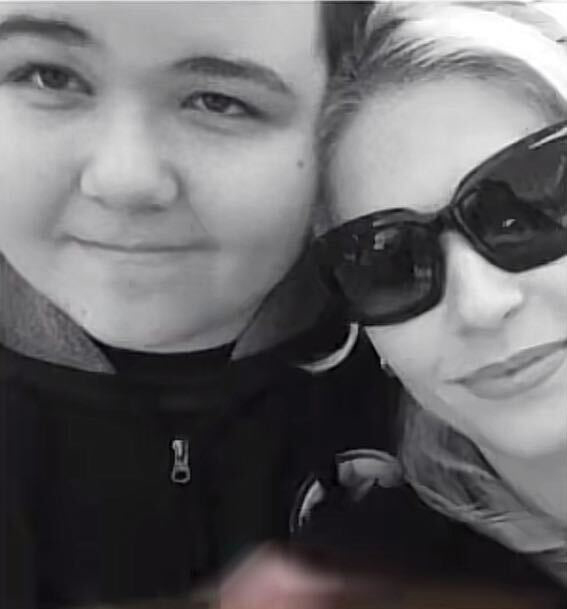 An undated photo said to be of Anderson Lee Aldrich and his mother Laura Voepel, taken from social media

Colorado Springs Mayor John Suthers said that a patron in the club managed to take the handgun away from Aldrich then hit him with the handgun to stop the shooting. A second patron also helped subdue the suspect until officers arrived just minutes later. Matthew Haynes, one of the owners of Club Q, told CNN that the man who took the handgun from Aldrich “saved dozens and dozens of lives. Stopped the man cold. Everyone else was running away, and he ran toward him.”

CNN also said that one of the two patrons who  subdued the shooter was injured, but that the injury was not life-threatening.

Vasquez said the suspect has not yet made any statements to police despite efforts to interview him, according to CNN.

Earlier reports by the New York Times regarding a June 2021 incident in which Aldritch was arrested for making bomb threats targeting his mother, identified his mother as Laura Voepel, 435. She is said to be the daughter of California Assemblyman Randy Voepel, 72.

In January 2021, the week after the insurrection at the U.S. Capitol, a group called The Truman National Security Project sent a letter calling for the California State Assembly to expel Voepel based on comments he made praising the insurrection, the San Diego Union-Tribune reported at the time.

An article in the San Diego Union-Tribune, that ran three days after the Jan. 6 insurrection, quoted Randy Voepel as saying, “This is Lexington and Concord. First shots fired against tyranny. Tyranny will follow in the aftermath of the Biden swear-in on Jan. 20.”

Voepel later said in a tweet that he condemns violence and lawlessness. He has also claimed that his comments were misconstrued and that by mentioning Lexington and Concord he just meant that was how some people would see it. He stressed again that he was not glorifying the siege.

The Independent also reports that Laura Voepel had posted on Facebook about buying her son a military camouflage suit for his 15th birthday, and that after the bomb threat incident in 2021 she posted on social media looking for recommendations for a “fantastic defense attorney” to help her family.

According to CNN, records show Aldrich purchased the two weapons he carried into Club Q on Saturday night, and that his arrest in connection with the bomb threats would not have shown up on a background check when he purchased the weapons because the case was never adjudicated, the charges were dropped and the records, for some unknown reason, were sealed.

CNN notes that Aldrich himself had called the Colorado Springs Gazette to try and get them to remove stories about the bomb threat incident for their website.

A relative of Laura Voepel, who said Ms. Voepel had rented a room in her home for a little more than a year and that Aldrich had visited his mother at her home several times, provided CNN with video footage taken from a different house she owned where police arrested Aldrich following the 2021 bomb threat.