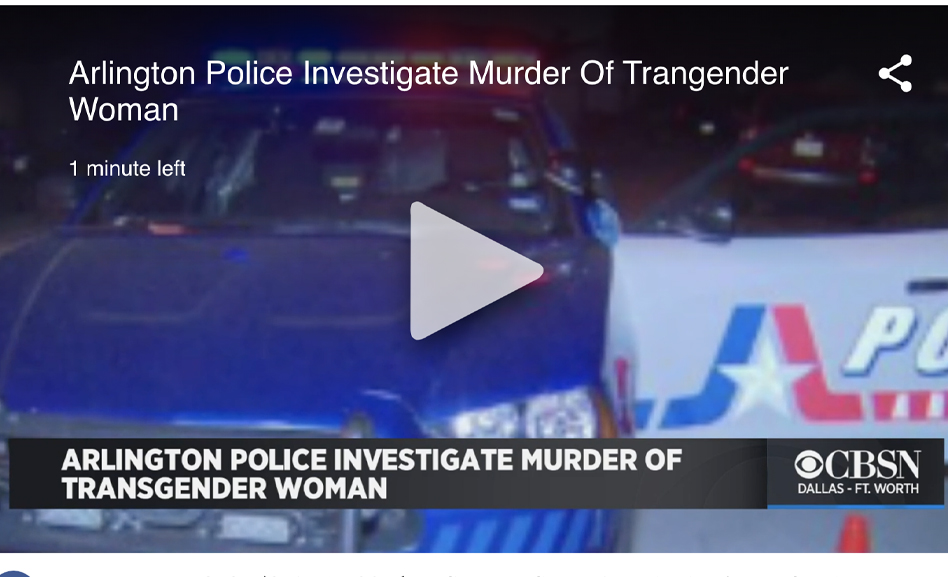 CBS Channel 11 (KTVT) has corrected the banner headline (above) on the video on its website reporting on the murder of a transgender woman in Arlington. You can see the original version, referring to the victim as a “man in a dress” below. 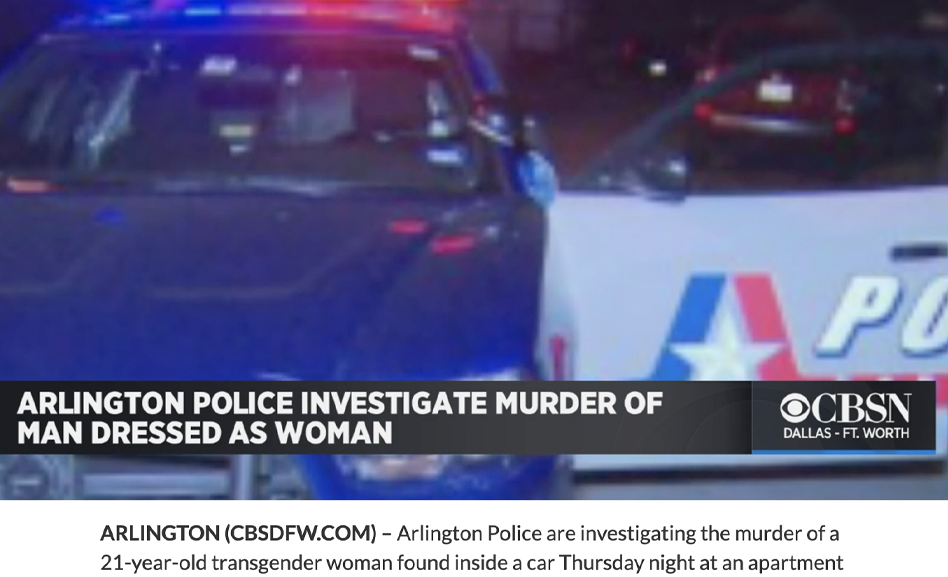 Kudos to KTVT for making the correction.

ORIGINAL POST: CBS Channel 11, a Dallas TV station, today identified a transgender murder victim found Thursday night in Arlington as “a man dressed as a woman” in a banner across the bottom of a video report on the murder.

And the article accompanying the video identifies the victims as a transgender woman. But that headline banner across the video — that’s pretty bad. At best, it is sloppy editing; at worse it is blatantly transphobic.

If you want to let them know what you think email news@KTVT.com.