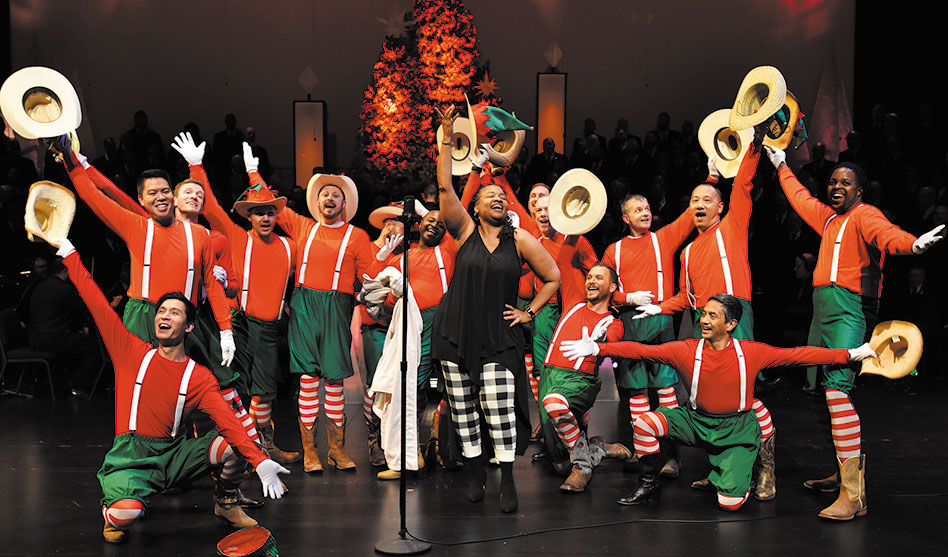 The Turtle Creek Chorale is famous for its holiday concerts, but will kick off its new season with Broadway showtunes this weekend. (Courtesy TCC)

Turtle Creek Chorale kicks off its new season with showtunes

The musical Aladdin may be figuring things out on Broadway right now, with its recent closure due to COVID, but Dallas is about to get a little bit of that show right here. In fact, a whole lot of Broadway will be heard on stage this weekend when the Turtle Creek Chorale launches its new season with “Broadway’s Back, Baby!”

While many companies have rescheduled shows from last year for their new seasons, TCC has pushed forward, having had the concert on the books.

In some ways, it’s also a fresh start.

“The show is going to be freaking fantastic,” Director Sean Baugh said by phone. “I try very carefully to curate a show for everyone. That could make for a very long production but hopefully a fulfilling one.” 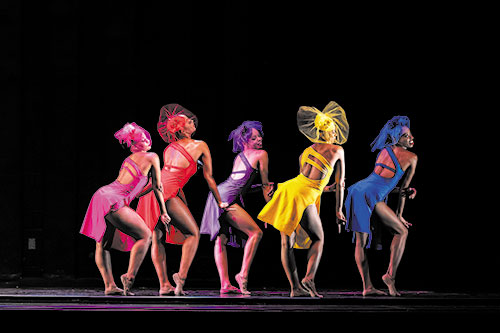 “Everyone” being not only the audience, but his singers, too. With the range of signature showtunes out there, whittling it down sounds like an impossible job. On top of that, Baugh selects songs that appeal to both groups — audience and singers.

“The process is about 75/25 percent. The 75 percent is, I believe, music the audience will connect with, and then the 25 I think the singers will connect with. And there’s some overlap,” he said. “Luckily I’m a big connoisseur of show tunes, also.”

Or so he thought. Baugh said he discovered that he may need to expand his knowledge of some new tunes.

“I was having coffee with a new member who is under 30, and he was disappointed there wasn’t a lot of new stuff,” Baugh recounted. “When I mentioned Les Miz as a newer musical, I realized I need to involve some younger voices in my research.”

The concert will feature some more classic Broadway hits along with some of those newer ones, like from Hamilton. He also hinted at some showtune covers that are even about the pandemic — but those will be a surprise for audiences. 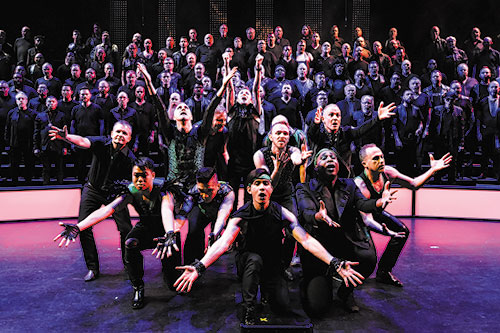 The show will also feature a couple of hometown singing sensations — Patty Breckenridge and Major Attaway.

“Patty has performed with us on several occasions, but I have no doubt should have a career on Broadway,” Baugh said, noting that he was first introduced to Breckenridge when she performed in a production of Next to Normal by Uptown Players.

Breckinridge said she is looking forward to this return to the stage: “I can’t think of a better way to get back on the stage and sing again than with these men and a show compiled of Broadway music. I feel like the luckiest person in the world to do what I love and have the opportunity to share the stage with these incredible men,” she said.

Attaway will bring some legit street cred from Broadway to the TCC show. The Fort Worth native played the Genie in the Disney musical Aladdin. Now he’s ready to bring his own magic back to North Texas. 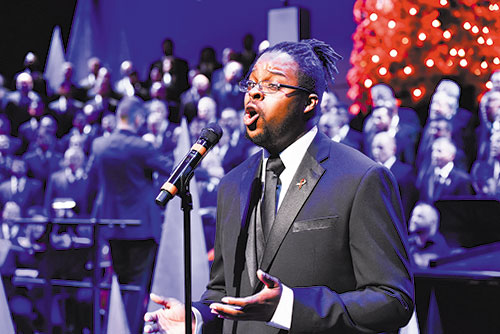 “There’s no place like home, especially when that home is Texas,” Attaway said. “The rehearsal process alone has reminded me how deep my theater roots run. I’ve missed live audiences and also the unmitigated honor it is to spread the necessary joy of theater with this world class chorus. Somebody pinch me — not too hard though.”

As the chorale and its featured artists gear up for this season opener, they are heading into it with excitement.

But director Sean Baugh admitted there are some mixed feelings.

“I will tell you, we’re in a place now [when] COVID is still a thing, so we felt it necessary to sing with masks,” he said. “As you can imagine, it takes away some joy, but other than that, we’re going about it the same we’ve always done.”

That won’t stop these voices though — even if it maybe changes the sound a little bit.

“I think we’ll just kinda forget and do what we do,” Baugh said. “We’re going to sing with our hearts. We want the audience to be entertained and leave with a message of togetherness and music.”

Bruce Wood Dance and The Dallas Conservatory will present an afternoon of dance and music at the inaugural Dallas Fall Arts Festival, a free event being held at Klyde Warren Park in the Dallas Arts District from 1-6 p.m. on Saturday, Oct. 9.

“We’re thrilled to host this multicultural celebration, which we hope will be an annual tradition for North Texans for many years to come. We are excited to bring together new audiences and returning friends to enjoy high–caliber performances in a casual, outdoor setting,” Bruce Wood Dance Executive Director Gayle Halperin and The Dallas Conservatory Executive Director Jacqueline Porter said in a joint press release.
The lineup will feature the following performances: