What to expect from SCOTUS 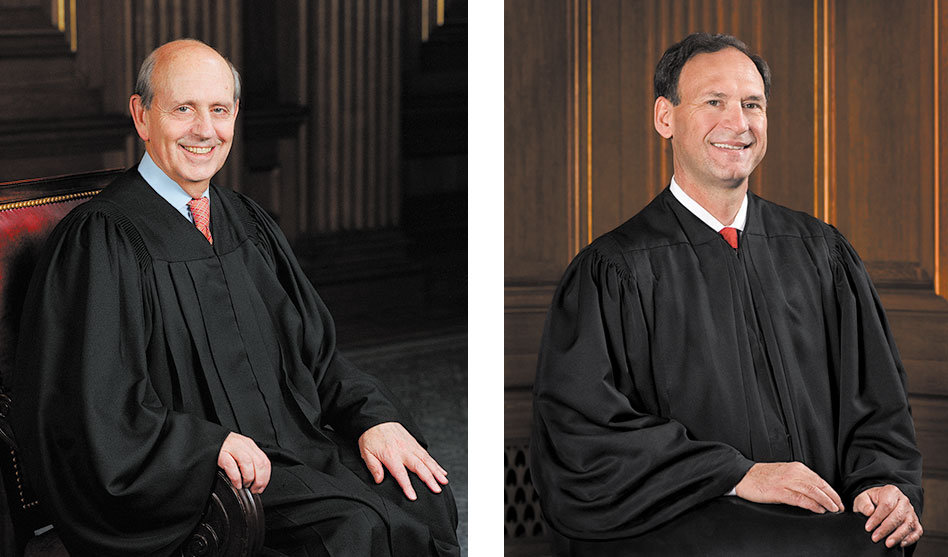 Religion will dominate as the Supreme Court begins a new session

First in the spotlight in the U.S. Supreme Court’s new session, which began Monday, Oct. 4, is the seemingly precarious state of the right to abortion, an issue LGBTQ groups have long considered to be of “vital importance” to LGBTQ people. But there are also several LGBTQ-related cases petitioning for review and several other cases that involve LGBTQ issues in some way.

Add to this two important off-the-docket concerns: One is the growing anxiety over when 83-year-old liberal Justice Stephen Breyer might vacate his seat; the other is the unusual step by conservative Justice Samuel Alito to defend publicly the court’s conservative majority’s increasing use of preliminary procedures to shore up conservative positions on highly controversial issues.

Most discussions of the court’s new session are focused on abortion cases. The Supreme Court will hear oral arguments in December about the constitutionality of a new Mississippi law that bans abortion after the 15th week of pregnancy. In that case, Dobbs v. Jackson, U.S. Sens. Tammy Baldwin and Kyrsten Sinema, along with all nine LGBTQ House members, signed onto a brief urging the Supreme Court to overturn Mississippi’s ban. Two dozen LGBT groups — including Lambda Legal, GLAD, the National Center for Lesbian Rights, the Human Rights Campaign, Equality California, Equality North Carolina, LPAC and longtime marriage equality activist Evan Wolfson — also filed a brief arguing against the Mississippi ban.

The groups’ brief states that the Roe v. Wade and Planned Parenthood v. Casey decisions, upholding the right of women to have an abortion, are of “vital importance” to sexual minority women, adding that federal statistics estimates one in 12 women between 18 and 44 is a sexual minority.

“Overruling Roe and Casey would have catastrophic effects on sexual minority women,” states the groups’ brief. It notes that, “Lesbian, bisexual and other non-heterosexual women are at least as likely as other women to experience unintended pregnancies and to require abortion care. Sexual minority women are more likely to experience unintended pregnancies as a result of sexual violence … .”

In a separate appeal involving Texas’ even more restrictive state abortion ban, the LGBTQ legal group GLAD issued a press release, criticizing the Supreme Court’s vote in September to deny an injunction to stop the law from taking effect until the court could rule on its constitutionality. GLAD said allowing the Texas ban on abortion to go into effect would “hurt women, LGBTQ people and families … .”

“Safe, accessible reproductive healthcare — including abortion care — is a matter of racial, economic and gender justice,” wrote GLAD, “and we must all be in the fight to repeal or reverse this ban and stop the erosion of the constitutionally protected human right to reproductive choice.”

The court could announce any day now whether it will take up these cases:

• Seattle’s Union Gospel v. Woods: Seattle’s Union of Gospel Mission, an evangelical group that provides food, shelter and religious guidance to people in need, asks the high court to affirm a part of the Washington Law Against Discrimination (WLAD) that allows “any” non-profit religious organization an exemption to the law’s prohibition on sexual orientation discrimination in employment. The Mission appealed to the U.S. Supreme Court after the Washington Supreme Court ruled in March that the exemption was unconstitutional as applied to one gay man who applied for a job at the Mission, after first serving there as a volunteer.

• Gordon College v. DeWeese-Boyd: This appeal brings a question similar to that in Seattle’s Union Gospel case. Gordon College, a private Christian missionary school in Massachusetts, was sued by one of its associate professors after the college refused her a full professorship. The school claimed the teacher failed to subscribe to its statement of religious faith; the teacher said it was because she criticized the school’s policies on LGBTQ people and same-sex marriage.

• Dignity Health v. Minton: In this case, a Catholic-run hospital in California refused to perform a hysterectomy for a female-to-male transgender patient. The hospital said that to do so would violate the ethical and religious directives that govern Catholic health care institutions. The patient sued, saying the hospital’s refusal violated the state’s human rights law.

So far, the patient has won, but the case has gone only as far as an intermediate state appeals court. The appeal has been on the U.S. Supreme Court’s conference list for more than a year.

• Arlene’s Flowers v. Washington: This case has been at the Supreme Court since 2018 and involves a florist who refuses to sell wedding arrangements to same-sex couples, claiming a religious belief necessitates the discrimination. The Washington Supreme Court has ruled against the florist twice, and her petition to the U.S. Supreme Court was rejected in July this year. The Alliance has asked the Supreme Court to rehear that appeal, saying it is very similar to another case arriving at the court from Colorado (see below).

• 303 Creative v. Elenis: This is a variation on the Masterpiece Cakeshop case. In this case, a graphic artist who creates websites for couples getting married refused to create one for a same-sex couple, claiming it was against her religious beliefs. The couple sued, saying the artist violated a state law prohibiting discrimination in public accommodations; the artist appealed, and the 10th Circuit U.S. Court of Appeals ruled against her.

On appeal to the U.S. Supreme Court, the Alliance argues that Colorado’s law violates the artist’s right to free exercise of her religious beliefs.

Other cases of LGBT interest
In other cases of interest to the LGBT community, the Supreme Court announced on Sept. 30 that it would review a lower court decision from the First Circuit U.S. Court of Appeals. That court held that the city of Boston’s right to allow some groups, but not a Christian civic group, to raise their flag over City Hall was a legal exercise of “government speech.”

According to Liberty Counsel, a legal group promoting religious liberty, Boston allows secular flags, including the LGBTQ Pride flag, to fly over City Hall but won’t allow a “religious flag.” The city said its policy is “consistent with the well-established First Amendment jurisprudence” against the “establishment of religion.”

The court has scheduled for argument Dec. 8 Carson v. Makin, which is not an LGBTQ-related case but is yet another case in which religious entities are seeking special dispensation under ordinary law. It’s also a case that echoes the arguments religious entities have been making to avoid complying with non-discrimination laws: that the religious person isn’t discriminating against a gay person but is instead discriminating against a person because his or her partner is of the same-sex.

The First Circuit U.S. Court of Appeals said Maine could withhold funding to sectarian schools because the exclusion was not based on any school’s religious affiliation but on “on what the school teaches through its curriculum and related activities, and how the material is presented.”