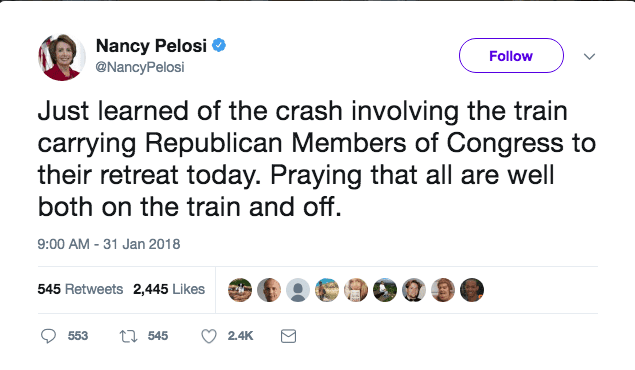 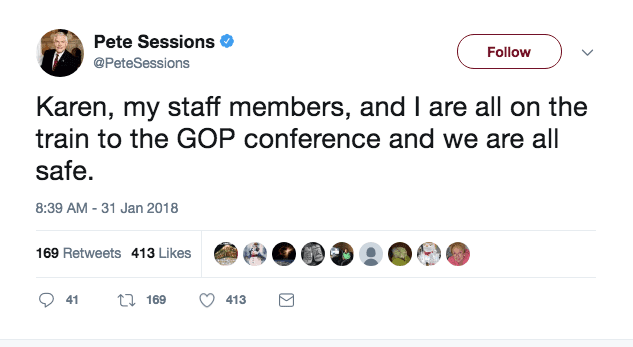 Dallas Rep. Pete Sessions was among a group of Republican congressmen on an Amtrak train that hit a garbage truck in Virginia. He tweeted that he and his staff are OK. Texas Sen.
One person is reported dead, but no serious injuries was reported among the members of Congress, their spouses and staff traveling to a GOP retreat. The injuries, not yet confirmed, were expected from people in the truck.
Sessions represents Texas’ 32nd Congressional District that includes part of Oak Lawn, the Park Cities, Preston Hollow, Garland, Sachse and Wylie.
UPDATE:
Ted Cruz was also on the train and is uninjured.
Sessions seems to be confirming the death of one person who was in the truck that was hit by the Amtrak train.