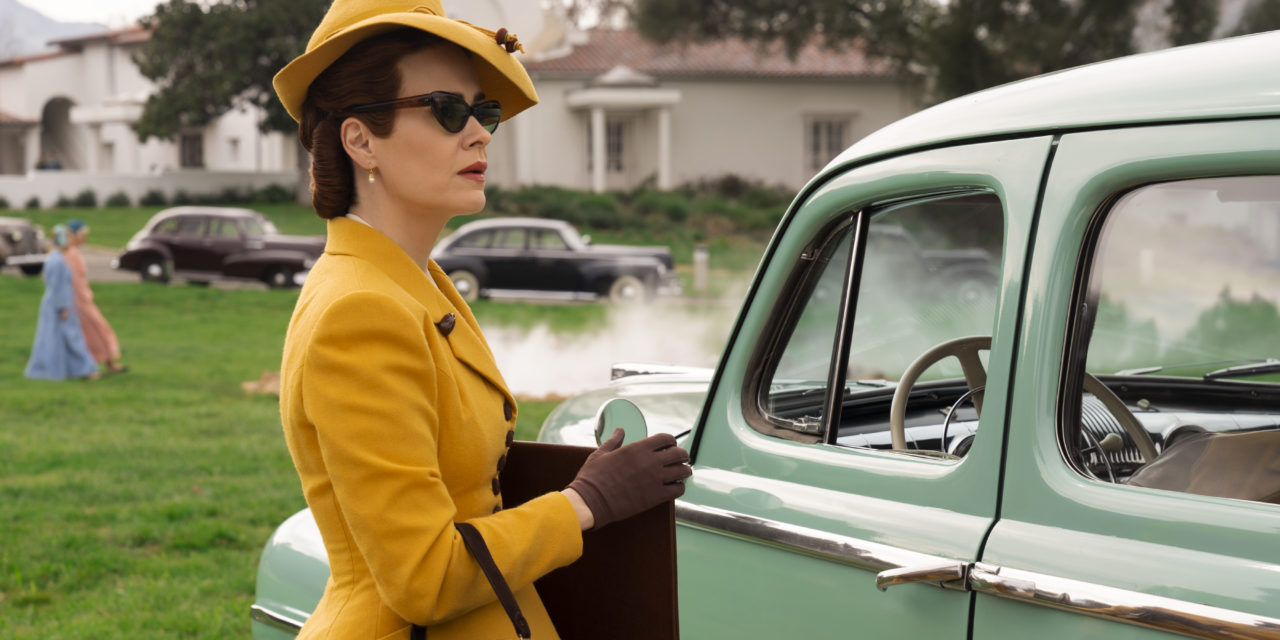 You know how the frustrating irony of the Trump Administration is that he is so corrupt, lies so much, causes so many distractions that you don’t know how to process all of it, and your cognitive faculties go into overload? Yeah, some things do that to you. The latest to do it to me is Ratched.

The countless goofs, non-sequiturs, failures, bad choices and implosions all seem to rush at you like an avalanche of awfulness, threatening to sweep you under and suffocate you before you call out a warning to others.

I suppose we shouldn’t be entirely surprised. Director-producer Ryan Murphy has become the Thomas Kinkade of TV, the Jeff Koons or Isaac Asimov or McDonald’s on entertainment, someone who occasionally lucks into some interesting and exciting work only because he throws so much at you some diamonds sparkle before they sink under the mud. We can be dazzled. We can be entertained. But ultimately we feel fooled.

Ratched purports to be the origin story of Mildred Ratched, the mental health nurse who served as the villain of Ken Kesey’s 1962 novel (later a film) One Flew Over the Cuckoo’s Nest. Louise Fletcher won the best actress Oscar for portraying the cold nurse whose cruel lack of compassion for her patients makes her possibly the craziest one in the asylum. Origin stories are all about “how did they get there” — A Christmas Carol begins with Scrooge being a miser, then looks back on the personal issues that led him that way. The point is to show the turning point, the place where everything went wrong. That doesn’t happen — can’t happen — in Ratched. Consider: Louise Fletcher was 41 when she played the evil caregiver; Sarah Paulson, who plays this earlier version (set 15 years before the action of Cuckoo’s Nest) is already 46. That’s sequel — not prequel — territory. And from the moment we meet the prim, judgy, rude, self-important Mildred, she’s bitter, bitchy and hateful. There’s no mystery how she got so bad, she seemed to have emerged from the womb with a chip on her shoulder. She plays it as a straight-up sociopath.

Then there are the bizarre choices: Setting the pilot in 1947, yet having a priest (named McMurphy, a ham-fisted nod to the hero of Cuckoo) deliver the blessings in English (Latin was required before Vatican II nearly two decades later) and crossing himself with his left hand. And there’s Murphy’s signature grotesquery: Needlessly brutal murders, perversions, gore, even a musical cue straight out of Bernard Herrmann’s iconic Cape Fear soundtrack. (Murphy steals mercilessly; he seems to be taking Kesey’s novel merely as inspiration for his latest cycle of American Horror Story: Asylum 2. It’s just a horror show without any subtext or character development.)

And all this within the first nine minutes of Episode 1.

The overacting (by Paulson, Judy Davis, Finn Wittrock, Cynthia Nixon, Vincent D’Onofrio, Corey Stoll, etc., all of whom should know better) exacerbates the melodrama and accentuates its horribleness. It’s as if Murphy thought Douglas Sirk was too subtle. The show is aggressively distasteful. Skip it.