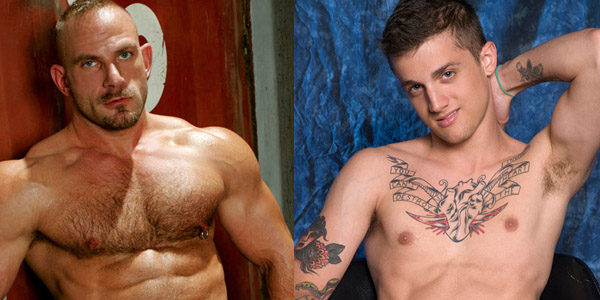 Maybe you could call it ironic that the weekend before Fat Tuesday, Dallas is being inundated with lots of muscle. It also gives those gays who head down to Cedar Springs something to repent during Lent: Lustful feelings will be top on the list.
Over at The Tin Room, Men magazine’s Man of the Year for 2010, Samuel Colt, pictured top right, joins real-life boyfriend and fellow adult film star Chris Porter, below right, for two nights of booty-shaking deliciousness. They will make a joint appearance starting at 11 p.m. on Friday and Saturday.
Also on Saturday, hot star and multiple GayVN Award winner Ricky Sinz, pictured below, will make his Dallas bow with an appearance at TMC: The Mining Company. You can get your photo taken with the sexy hunk beginning at 11:30 p.m
Samuel Colt and Chris Porter at the Tin Room, 2514 Hudnall St. March 4 and 5, 11 p.m.—2 a.m.
Ricky Sinz at TMC: The Mining Company, 3903 Cedar Springs Road. March 5, 11:30 p.m.