BearDance moves from party to experience with art, drag and more 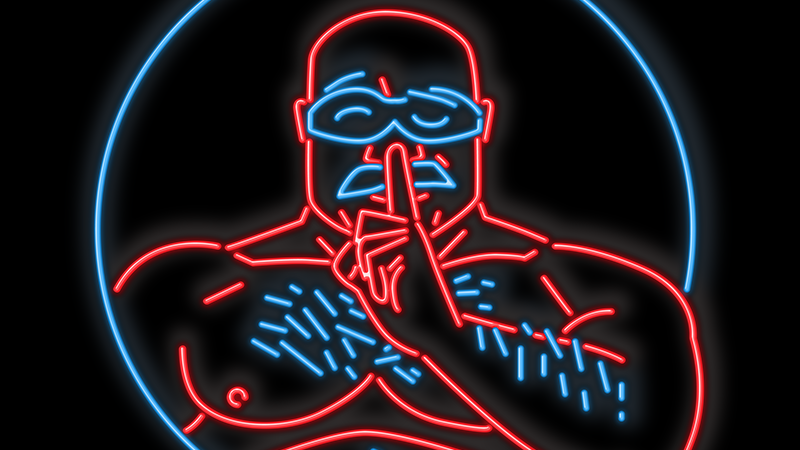 This piece by Linus Garsys is among BearDance’s new art exhibition ‘Masked: The Art of Anonymity.’ (Photo via Facebook)

Alongside Texas Bear Round-up’s return, which officially kicks off today, is BearDance. The nonprofit organization hosts TBRU’s official dance party each year and makes its own comeback Friday night at S4. In its evolution though, BearDance has grown from the dance floor into a full-on experience.

Since its inception more than 10 years ago, Bear Dance has grown from a dance party to include drag and live music performances, increased the DJ roster and introduced its pre-party event Opposites Attract, a mixer that brings bears and the men who love them together.

This year, the BearDance board has added another element – an art exhibition.

“It started when we were thinking about our decorations. We usually take the theme of TBRU which is Masquerade and we make a variation of that for BearDance so they are related,” founding board member Ami Sadeh said. “We started thinking about how much talent there is in the bear community and you can see on Instagram where artists were making these jaw-dropping works.”

Thus, what Sadeh and the rest of the board decided on was to reach out to select artists to participate in Masked: The Art of Anonymity with works commissioned by BearDance. Four artists contribute two-three pieces to the show with prints available for purchase.

“Our theme is MasqueRave and from that we extracted the theme of anonymity and asked the artists to create around that idea,” Sadeh said.

The show includes works by Saul Aguilar (@art_b34rs), Fireside Jack (@firesidejack), Linas Garsys (@lgarsys) and Steve MacIsaac (@steve_mac_isaac). Nine of the 10 pieces are original to the show with a previously made piece also contributed.

“The show will be presented in the Granite Bar at S4,” Sadeh added. “What’s great is that this is an additional way to raise funds.”

BearDance is a fundraiser that raises money for TBRU’s beneficiaries. This year, those organizations are The Greg Dollgener Memorial AIDS Fund, Cathedral of Hope Benevolence Fund and Access and Information Network (AIN).

According to Sadeh, the BearDance planning team – which includes Eric Way, Aaron Moore, Ryan Buggs, Jared Wilson, Paul Crisantes and board members Mark Trimble, Kevin Click and Sadeh – figures this could be the next step in BearDance’s evolution.

“I think so. We are always looking for ways to broaden the experience of BearDance,” he said. “With more than 2,000 people at times, not everyone is coming to dance. They may want to just socialize or watch the drag show and now we have this.”

The pieces can be purchased online at BearDance.org or at its booth at TBRU’s host hotel Hyatt Regency Dallas in downtown.

While part of TBRU festivities, BearDance is open to non-registrants 18 and up. Tickets are still available here.