Art at its greatest 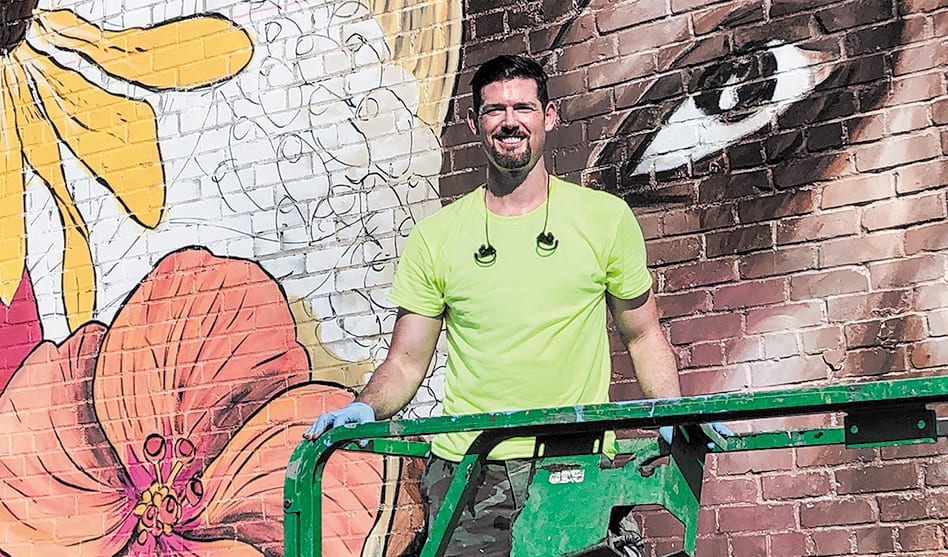 Had it not been for transwomen of color, Pride celebrations as we know them would be nonexistent. While the future of rights and freedoms for LGBT people remains uncertain in our current political climate, the feats the community has accomplished thus far would not have been possible had trans activists of yesteryear not broken barriers and created a path for activists of today to follow. 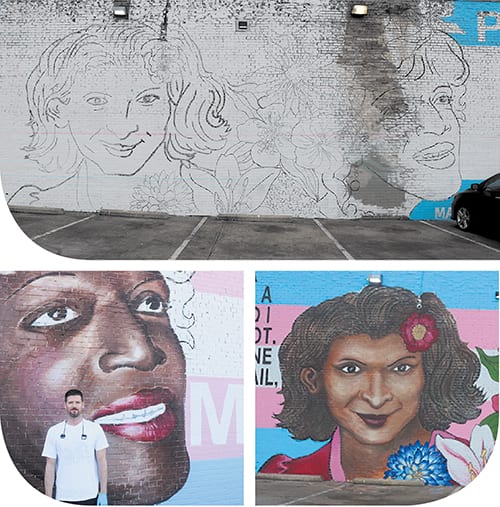 In honor of the 50th anniversary of the Stonewall riots, Dallas-based art group Arttitude brought in New York-based artist Brian Kenny to paint a mural honoring the transgender community and the activists who launched the Pride movement. The mural, on the side of the building housing Cedar Springs Tattoo and Piercing at 4008 Cedar Springs Road, features trans activists Sylvia Rivera and Marsha P. Johnson as its centerpieces.

Johnson was known for being a vocal advocate of gay and transgender rights. She was one of the first performers at the Stonewall Inn after they started allowing women and drag queens in. She was one of the founders of the Gay Liberation Front and was also part of ACT UP, an advocacy group committed to raising awareness on HIV and AIDS in the early days of the epidemic, writing to legislators and improving overall health and wellness of people with HIV and AIDS.

Like Johnson, Rivera was also an outspoken gay and transgender rights activist. She was also involved with the Young Lords and Black Panthers. The two were co-founders of S.T.A.R. (Street Transvestite Action Revolutionaries), an advocacy group committed to helping homeless gay children, drag queens and trans women.

On the mural, Johnson is painted wearing a crown of flowers — she loved wearing flowers in her hair — next to her signature quote, “Pay it no mind.”

To the left of Johnson, Rivera is depicted looking directly at the viewer. “She was just that type of person,” said Kenny of Rivera. “She was directly confronting the status quo and directly calling for gay rights and transgender rights.”

The two activists are painted in front of a transgender flag, and with an arrangement of flowers between them. The flowers were left unpainted for members of Dallas’ LGBTQ+ to paint upon the mural’s unveiling.

“This is a community-driven project,” said Kenny. “I believe that the transgender community is very underserved. I think they still face a lot of open discrimination and animosity, so anything I can do to give them more love and visibility, I’m happy to be a part of.”

Before finalizing the mural, Kenny made sure to receive input from Dallas’ LGBT community, holding meetings during early parts of the year and making sure everyone’s voices were heard.

As of now, Kenny’s mural is the largest in America dedicated to the transgender community.

“This mural references Stonewall, but I wanted it to be a positive work,” Kenny said. “I didn’t want to show riots or people throwing bricks or people getting arrested.

I wanted to depict these people as heroes.

“Art is at its greatest when it builds bridges and introduces new ideas and enlightens people.”