Yes, I said it. From Columbine to Sandy Hook to Odessa, the topic of gun control is always brought up when a mass shooting happens — and then forgotten. When I see my cousin calling Beto O’Rourke a moron for wanting to buy back assault weapons, I know that in her mind, that makes sense. But what does not make sense to me is how it is ok for large amounts of lives to be taken, but it’s not for her friend’s uncle’s feeble gun collection, which he has saved for the “end days,” to possibly be confiscated. 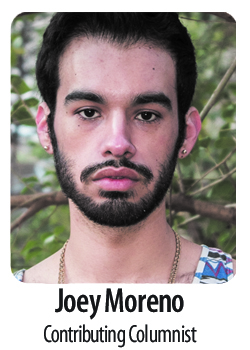 A bit alarmist, no? Well, maybe what alarms some is making a dent in their weak American pride vs. the preservation of innocent human lives.

I’m just going to get this first point out of the way. Many times conservatives in our LGBTQ community and people like Fox News commentator Tomi Lahren believe that a “good guy with a gun” can stop a bad guy with a gun. But any time there is a mass shooting, where is this super ’Merican to save the day?

Nowhere to be seen. Why? Because they don’t exist. Neither does the logic of having a gun to save you from someone else with a gun.

I recently read a story of a little boy in Florida who got choked with a shoestring at his bus stop. This was an innocent child who did nothing to deserve such an assault, and his outraged mother understandably took to Facebook to speak out against bullying.

But then she says, “Everyone keeps screaming about the problem being a gun problem, but the issue is much deeper; it is a mental health problem!” I disagree.

I mean, it’s too bad the boy didn’t have an extra shoelace to defend himself with, right? And no, I don’t actually think that; I’m just using the good guy/bad guy logic anti-gun control brethren use.

Also, I’d like to note that if this boy’s assailant was as disturbed as the mother is making him out to be, this child’s life was probably saved by the fact that the bully didn’t have access to a gun. As traumatic of an experience I’m sure this was the boy who was attacked, at least he still has a chance at a full life; he has a chance to recover — unlike those children who have died at the hands of mass shooters. 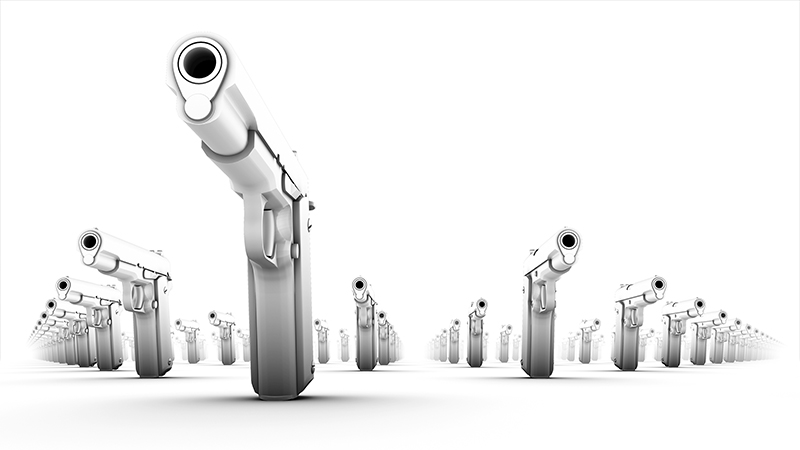 Yes, everyone knows there is a mental health problem in the U.S. This is why we are advocating for better gun safety measures, including universal background checks, the thing private sellers and gun shows definitely don’t do.

The Odessa-Midland shooter used the private seller method to evade a background check. Even if all the automatic rifles were bought up, he still would’ve had access to even the smallest handgun that could have resulted in the 17-month-old getting shot in the face. This is a direct result of not only lenient gun laws but gun access.

One might say universal background checks are the solution, so everyone should still be able to sell their AR-15s. Who actually needs such a gun? Sure, they can be cool; as a kid, I shot rifles and went to the gun range with my dad, so I can see why someone would want to upgrade to something more hardcore. They don’t need it though, just like millionaires and billionaires don’t need private jets, although I could see why anyone would want one.

But American lawmakers should not prioritize some people’s desire to have a semi-automatic assault-style rifle for the cool factor of it over the safety of the population.

Many times, conservatives oppose gun control with the claim of being “pro-rights.” Let’s not forget that there are restrictions on free speech when that speech can cause harm. In Schenck v. United States (1919), Justice Holmes wrote, “The most stringent protection of free speech would not protect a man in falsely shouting fire in a theater and causing a panic…. The question in every case is whether the words used … create a clear and present danger.”

So then why should we allow the argument of protecting the Second Amendment right to bear arms to also protect someone causing panic and presenting a clear and present danger?

In other words, why should we allow someone to obtain an object which statistically causes a higher chance of harm? The answer is, we shouldn’t.

On average, 100 Americans are killed by guns in a single day. There have been only six known deaths total regarding e-cigs/vapes and our president has already, within a day of this story breaking, using the FDA to ban this product. So the selfish hero fantasy which comes along with the rabid loyalty to “core American values” is really just being ok with murder as long as it involves a gun. Ultimately, being anti-gun control, inherently, admit it or not, is basically an approval of all the mass shootings which have occurred in the United States.

Joey Moreno is a local artist/author working on his first novel. He serves on the Stonewall Democrats of Dallas Voter Registration Committee and volunteers for the Bernie Sanders campaign..