UPDATED: Pennsylvania goes to Biden; Biden and Harris headed to the White House 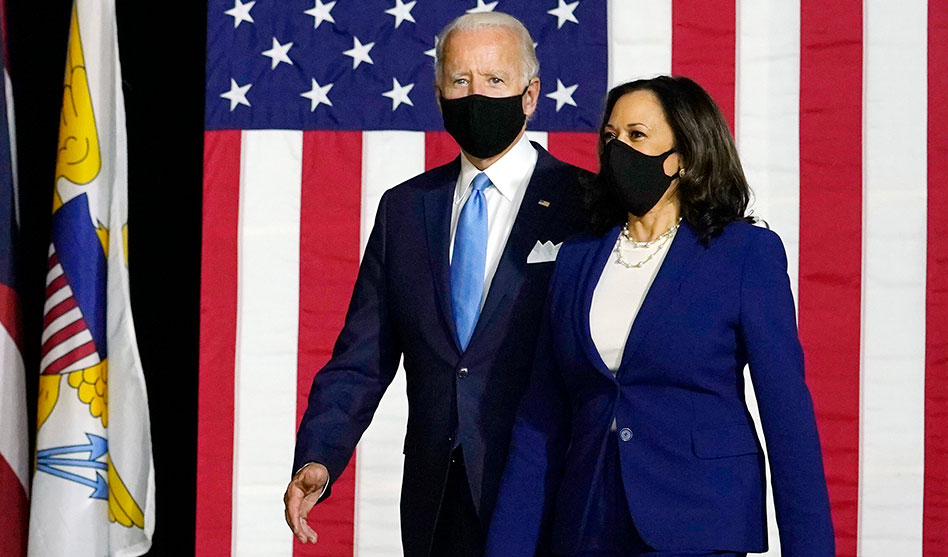 UPDATE: Pennsylvania with its 20 Electoral College votes has been declared for Joe Biden, putting him safely over the 270-EC vote threshold and making him the 46th president of the United States. The call came around 10:30 a.m. local time today (Saturday, Nov. 7, otherwise known as Tuesday, Nov. 3 Part 5) when the latest vote totals in Pennsylvania gave Biden a lead of 34,414 votes, outside of the automatic recount threshold, New York Times correspondent Nick Corasaniti reported.

Amid the hoopla around the race between Biden and Trump, it is important to remember that we just witnessed history being made as this country elected its firsts female vice president, Sen. Kamala Harris, who is of mixed racial heritage — Black and Asian.

In a just-released statement, President-elect Biden said, “With the campaign over, it’s time to put the anger and the harsh rhetoric behind us and come together as a nation.”

He continued, ““It’s time for America to unite. And to heal. We are the United States of America. And there’s nothing we can’t do, if we do it together.”

Biden is winning the popular vote nationwide by more than 4 million and is on track to win more than 300 Electoral College votes. And yet, about an hour before the Pennsylvania vote count sealed the deal for Biden, New York Times Correspondent Michael D. Shear noted, Trump claimed, on Twitter and Facebool, “I WON THIS ELECTION, BY A LOT!”

UPDATE: As of 9:30 a.m. local time on Friday, Nov. 6, Joe Biden had pulled ahead in both Georgia and Pennsylvania. In Georgia, the votes that put Biden in the lead came from Clayton County, just south of Atlanta, the heart of the home district of the late Congressman John Lewis, a hero of the Civil Rights Movement  and legendary Democrat in Congress. If Biden holds on to what is now a razor thin lead in Georgia to win the state, it would give him 269 confirmed EC votes, one shy of an outright win. But it would mathematically block Trump from reaching 270.

Still, Georgia election officials said the narrow margin there will prompt a recount. Shortly before 10 a.m. local time, Biden led by 1,500 votes. There are about 4,000 votes left to be counted there, with overseas and military ballots still arriving.

In Pennsylvania, Biden leads by just over 6,800 votes at 10 a.m. local time, with about 130,000 ballots left to count. According to New York Times correspondent Nick Corasaniti in Philadelphia, most of the uncounted ballots are coming from Democratic-leaning areas — including about 37,000 from Allegheny County (Pittsburg) and another 20,000 from Philadelphia suburbs.. Corasaniti added that even the recent counts coming from more traditionally red counties like Mercer County have favored Biden.

A win in Pennsylvania, with its 20 EC votes, clinches an electoral college win for Biden.

Ballot counting also continues in Nevada and Arizona, and Biden continues to hold a slim lead in both states. Trump leads in North Carolina, 50 percent to 48.6 percent, and mail-in ballots will be accepted there through Nov. 12.

ORIGINAL STORY: Despite Donald Trump’s premature declaration of victory on Tuesday night, Nov. 3 — and his ongoing claims of fraud and demands for legal action — the question of who will be the nation’s president for the next four years remained unanswered as of the Dallas Voice’s press deadline Thursday afternoon, Nov. 5.

Prognosticators are saying that Biden’s path to victory is wider and more certain, but Trump still has a chance to pull out a win. As of noon Thursday, with the electoral college vote count standing at 253 for Biden and 214 for Trump, ballot counting continued in six states. One of those six — Alaska — appeared to be clearly in Trump’s column, which would put his EC count at 217.

In two of the as-yet undetermined states — Arizona with 11 EC votes and Nevada with six — Biden was leading at press time. If his leads there hold up, Biden will have secured 270 EC votes, exactly the number needed to win the presidency.

News reports have indicated that officials in Arizona have had to temporarily halt the counting there after Trump supporters carrying guns surrounded the facility where the counting was taking place.
Some news outlets, including the Associated Press and — to most people’s surprise and Trump’s chagrin — Fox News, have already called Arizona for Biden. If they are right, then Biden needs only win Nevada to claim the White House.

At deadline, Biden was ahead in Arizona, 50.5 percent-48.1 percent, and, according to the New York Times, officials planned to release another update after 8 p.m. central.

More results in Nevada are expected to be released around 11 a.m. central on Friday. Biden was leading there by less than 1 percent.

At our deadline, Trump was still leading in Pennsylvania, North Carolina and Georgia — but by ever-shrinking margins in Pennsylvania and Georgia. There were enough ballots still uncounted in each of those two states to change the outcome, and the uncounted ballots in both states were said to be trending in favor of Biden.

In fact, as the counting continued Thursday morning in Georgia, U.S. Sen. David Perdue saw his lead in his race to re-election fall below the 50 percent mark, and since that is a three-way race, Perdue could be facing a runoff against Democratic challenger Jon Ossoff if that margin holds up.
The razor-thin margins in both that Senate race and the presidential race practically ensure a recount in Georgia.

As of about 12:30 (local time) Thursday, New York Times correspondent Michael Gold, reporting from New York, noted that Trump’s lead in Georgia had shrunk to 13,540 votes, with about 50,000 votes — most from strongly Democratic areas — left to count. And Glenn Thrush, another Times correspondent, reporting from Washington, D.C., said around 1 p.m. local time that in Pennsylvania where Biden was trailing Trump by 111,369 votes, Secretary of State Kathy Boockvar said there were about 500,000 ballots yet to be counted, but that officials there hoped to finish the counting and be able to declare a winner there by the end of Thursday evening.

Uncounted ballots in Pennsylvania are expected to favor the Democrats, and if Biden can secure that state’s 20 EC votes, he will clinch a victory, regardless of the final outcome in Arizona and Nevada.

At about noon on Thursday, Biden Campaign Manager Jennifer O’Malley Dillon told reporters that the campaign’s data analysis showed Biden coming out ahead in the end. Biden, however, has not claimed victory as the Voice goes to press. He and Harris on Thursday afternoon were briefed on the ongoing coronavirus pandemic and economic issues after both testing negative, again, for COVID-19, according to NY Times correspondent Thomas Kaplan in Wilmington, Del.

Around noon local time, Times correspondent Michael Cooper reported that Trump had issued a statement — in all capital letters — making “baseless claims that there could be fraud in the late votes” in Georgia and Pennsylvania. Also on Thursday afternoon, a judge in Michigan denied the Trump campaign’s request to stop counting ballots there, because all the absentee ballots there had already been counted.