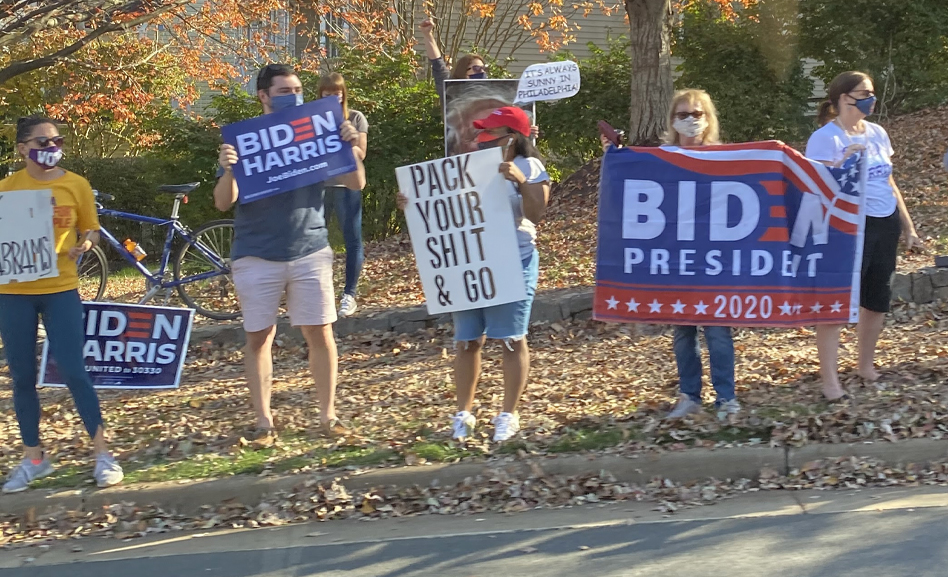 The White House press corps, on the way back from Trump’s golf club in Virginia, took photos of the crowds lining the streets as the motorcades passed by.

Lauren Feldman, Washington bureau chief for The Christian Science Monitor, at about 1:06 central time, wrote: “Dozens of onlookers line road to club, lots of signs for both Biden and Trump. Some more colorful anti trump signs: “You’re fired” and “Pack your shit and go.” Vehicles (including Jeep, pickups, SUV w big trailer) with Trump flags are driving back and forth, horns blaring, one vehicle with person shouting thru loudspeaker “Media sucks” and “CNN sucks.” And “the media lies about everything.” Big crowds at entry to club – again, for both sides.” 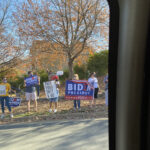 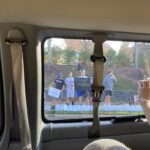 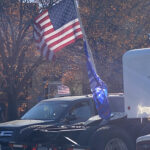 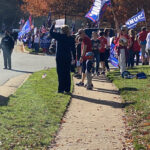 And in downtown Dallas, Biden supporters were marching in the streets, singing and dancing, as they celebrated the election of Joe Biden as president and Kamala Harris as vice president. Larry the Fairy was there and sent these photos and the video clip for Dallas Voice to post: 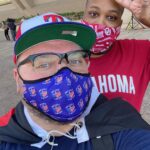 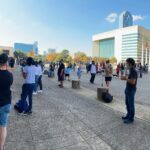 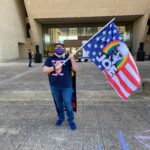 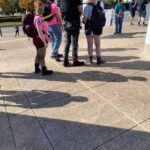