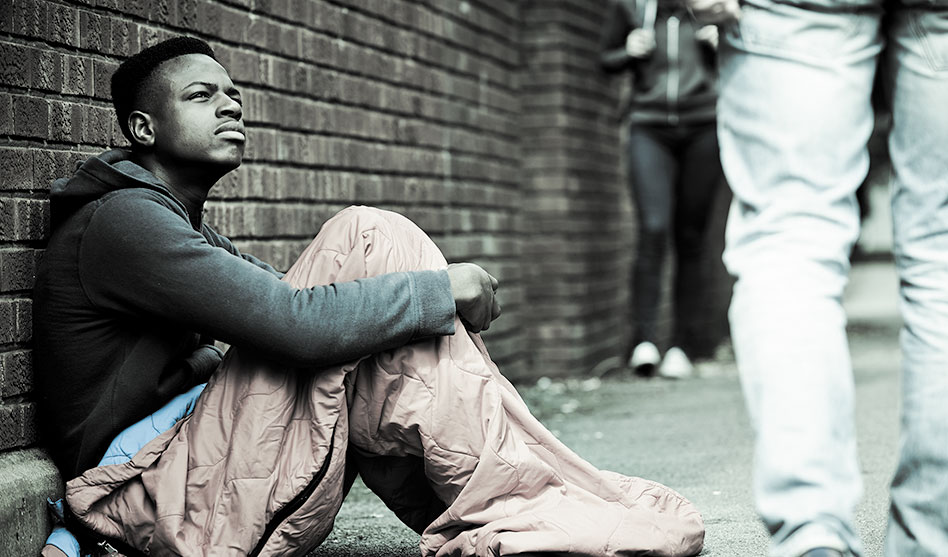 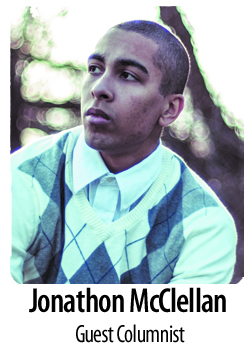 Even though I was homeless on the day that I turned 7, I was one of the lucky ones — because I’m still alive to tell the tale. Not every LGBTQ homeless youth can say that. Many can’t say anything, for that matter. Because LGBTQ youth are 120 percent more likely to become homeless than non-LGBTQ youth, according to Dallas Hope Charities.

These are the ones who can truly be considered the voiceless. Thousands die every year as a direct result of homelessness, but the deaths of our youth have never been accurately reported on.

In the dead of night in Fort Wayne, Ind., my pregnant mother, my little sister and I were fleeing the drug-induced rages of my stepfather. I was never more helpless than when this man brutally assaulted my mother.

Like many victims of domestic violence, we fled the home and became homeless, because that was a safer alternative than being in the home. Due to many selfless heroines, like my mother, we were rescued, and I was able to celebrate my seventh birthday with a surprise party.

On the surface, it was a typical surprise party. I remember the hushed giggles of the other children who were trying to keep the secret that September morning in 1995. The adults brought out my favorite — chocolate cake — and I blew out the candles. I was given my first bicycle — apple-red colored — and I learned how to ride it that day.

But take a deeper look and you’ll see stark differences from what we deem to be “normal” — starting with the fact that we were celebrating at the Faith Mission homeless shelter.

There were more children, all under age 13, at my party than adults. But that is still a small number compared to the 2.5 million children who were homeless that year in America, according to the National Center on

LGBTQ youth homelessness is far more pervasive than typical homelessness. If one dares to make eye contact with a homeless person, from time to time, beneath the dirt and the grime, one might see the humanity that society has violently stripped away from them. Most people would have no idea that they are looking at a homeless youth, because the day-to-day struggles of those without proper shelter age them before their time.

The actual risks associated with homelessness are staggering. Food insecurity, the threat of the elements, abuse, kidnapping and human trafficking are far too typical dangers that young people are facing every day. But even greater than the financial poverty is the emotional poverty one endures. Once depression and loneliness seize a person, substance abuse and prostitution become more accessible than ever. Many develop long-term mental illnesses as a result, and for some, they even succumb to suicide.

Part of addressing this issue means understanding why LGBTQ youth are at disproportionately higher risk of becoming homeless. According to a survey done by The Palette Fund, The True Colors Fund and The Williams Institute, there are five main reasons, and the leading cause is family rejection. Those minors who either come out or are found out face great prejudice in their own home, which leads them to running away.

While running away is the top reason, the second reason is that many are forced out of their homes because of their sexual orientation or gender identity. Some become homeless because of physical, emotional or sexual abuse at home.

Many are homeless because they aged-out of the foster care system and so have no support and nowhere to go once they turn 18. The fifth reason is that financial or emotional neglect from family members removes safety barriers, leaving these youth displaced.

According to one study reported on by the National Gay and Lesbian Task Force Policy Institute and the National Coalition for the Homeless, one in four teens was kicked out of their home when they came out to their parents. Those are not great odds. This means that some will most likely end up on the streets at some point or vetted into the foster care system. The constant instability and exposure to harm has the adverse effect of conditioning these youths for later incarceration.

Society is starting to see just how serious a threat our community is facing. And the worst possible response is doing nothing. With the recent economic crisis due to the pandemic, the rate of homelessness has skyrocketed in America and around the world.

There are, however, beacons of light, shining rays of hope. In 2018, Dallas Hope Charities opened the Dallas Hope Center, Dallas’s first LGBTQ focused youth shelter for those between the ages of 18-24. Housing, food, life skills training and assistance with transportation are some of the ways they help. Even healthcare and mental health services are provided, which means that these youths finally have a chance to heal.

When I look back on my own experiences as a gay homeless youth, I recall that, I too, was able to heal. For many years, I pondered deeply on why I was fortunate enough to survive homelessness while so many did not.

What made me so special? But it was not until recently that I realized that I was not an exception and that hope still exists. For me, my surprise party symbolizes the power of a loving community and what it can do.

Yet, my childhood is a somber reminder that what happened to me is still happening to others. There are many pieces missing to the puzzle of how to solve the greater issues; namely, how are we going to better fund organizations that are catering to the needs of displaced individuals? And how are we going to improve existing bulwarks of the most vulnerable?

We cannot underestimate the impact our contributions may have for a single individual. That person may one day grow up to be a doctor, a schoolteacher or even someone who remembers your kindness enough to model their own life after it. If we are to give our youths a life that they can truly treasure, then we must be willing to be the architects of change while remembering that one hardly finds a treasure without first hoping that it exists.

Jonathon McClellan is an award-winning author who often writes devotionals for Cathedral of Hope. In March 2022, he will release Messages of Hope for adults and The Ant’s Palace for children, each the first of series empowering adults to keep hoping and encouraging children to look beneath the surface to find true riches. A large part of the proceeds will be donated to Cathedral of Hope programs for the homeless. Learn more Facebook.com/NewSeedsOfHope.