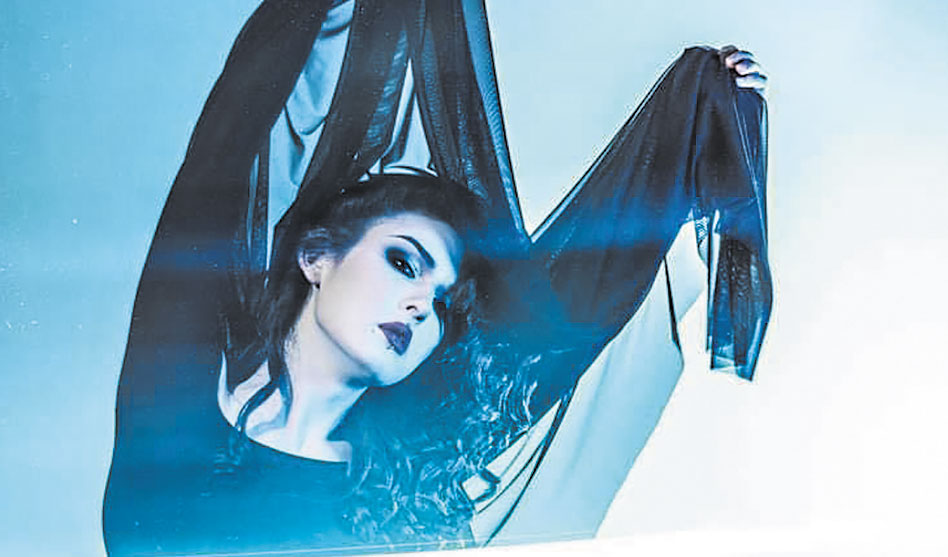 This year is something of a slow burn for local dream-pop band Lorelei K: The band has released a number of singles throughout 2021 as a buildup for its new album, coming next year. And while pre-album singles are nothing new in the industry, lead singer Dahlia Knowles (no relation to Beyonce) is digging the process and how it speaks to the darker tone of the upcoming album. 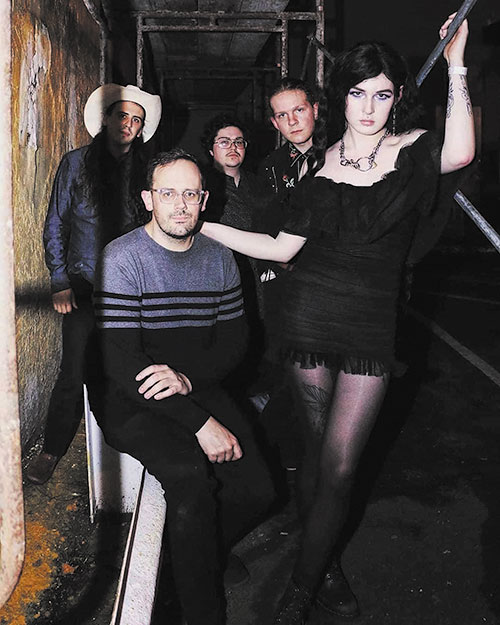 “It has become darker and darker musically,” Knowles said of the album by phone. “This album was written before the pandemic and during the first part of it, so it definitely has a different perspective than our last album, Lightbender.”

This is also a new chapter for the Denton-based band which has primarily been a solo project of Knowles’ since Lorelei K’s debut in 2016. K’s third full album, Eternity, will also mark the first full band record. Before it was Knowles working with guest artists. But this time, she and the other players all contributed to the songwriting.

“It’s so great, and I’ve been wanting that for a long time,” Knowles said. “They are all so fucking talented, and to have them backing me has changed the sound and direction I want Lorelei K to go in. Even our live shows have changed so much.”

These days though, live shows are at a minimum for the band. Even though venues have re-opened and live music has made its comeback, Knowles said that COVID has had an impact. They also have a different idea about shows now.

When the pandemic crossed paths with the band, they had just completed a tour, and they had additional dates and music festivals scheduled.

Then, all of the sudden, they didn’t.

“That really devastated me. We were in a good spot and then nothing,” Knowles said. “That was really a wrench in our plan. We have performed a handful of local shows, and our first time out of town was in October.”

That show was reminiscent of being on tour for the band, but it was a fleeting feeling. Still, the band has an entirely new strategy for live shows. “Everything is different now in our approach to shows,” Knowles explained. “We’re actually playing less but more effective shows.” 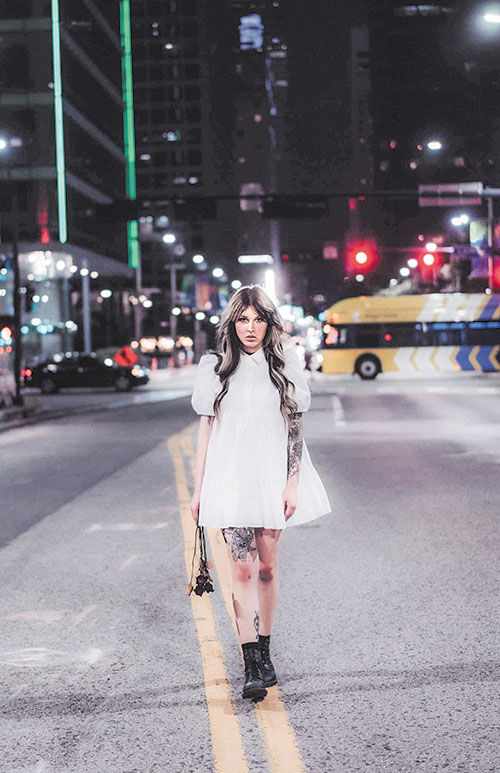 Quality over quantity is the goal. Lorelei K’s only Dallas show this year will be next month at Three Links in Deep Ellum. The show will coincide with the title track single being released on Dec. 10.

Knowles’ music has often been about atmosphere. She frequently uses the word “dreamscapes” when describing what Lorelei K is about. But, she adds, they are also filled with emotion and identity — which is important to her.

“They are these extremely emotional scapes, because I think my trans identity is in my music, and that’s all over the place,” she said.

Knowles said that her identity is how Lorelei K got started. Bright, happy pop music just wasn’t doing it for her. So she created her own music.

“I started writing when I was literally in the closet,” she said. “That music was reflecting my identity and my dysphoria and just my place in this world. That relates to my trans experience, which is the coolest part of this project for me.”

She’s been finding her own space in the local music scene and doing it on her own terms.

Fans may not find Lorelei K performing on The Cedar Springs Strip; the dark and dreamy music doesn’t quite match the vibe of drag queens, dance beats and go-go boys. Knowles admits it’s been an experience to navigate the music scene, but she wouldn’t have it any different.

“The whole fucking thing has been weird. My music is pretty niche, so I can’t really book myself into a fun pop, so I get into the art crowds,” she said. “But I’m having a blast and I’ve worked hard to make my own space.”

More importantly, Knowles is expressing trans representation without that being her driving force. That she is trans is secondary, she said, but connecting with the community is certainly a plus.

“Performing is the thing for me. There’s so much that trans people have to offer, and this has been empowering. It’s important to me that the music communicates and involves my community, and making that happen has led to some cool and diverse opportunities.”

Knowles said she hopes that her being out there encourages other trans artists to put their art out as well and expand visibility.

“You have to lead with purity and believe in it and just keep creating. Keep making the art itself and eventually people will catch on,” she said.