‘Love’ is shiny and new at Rainbow Vomit 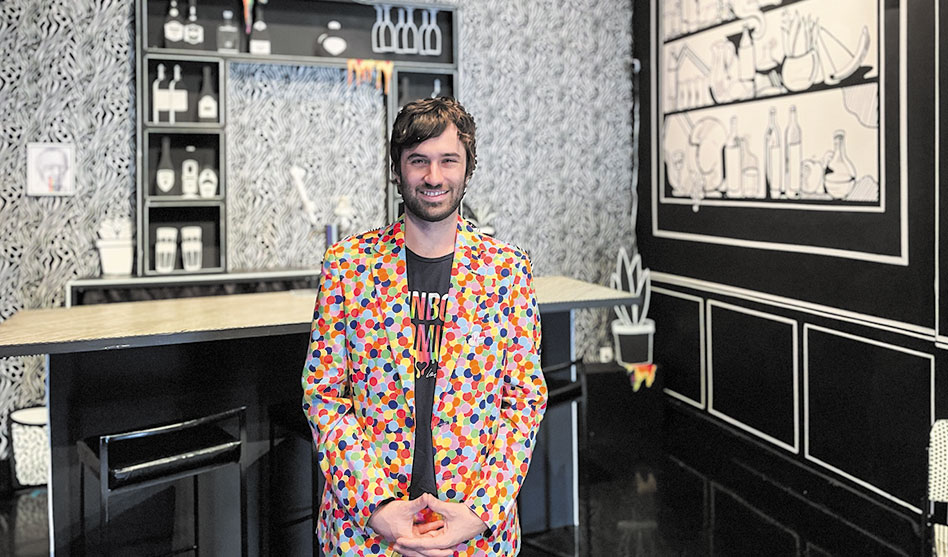 At first mention, the name Rainbow Vomit can stir up mixed emotions: Rainbows — yay! Vomit — eh, no thanks. The two together though are something altogether different — with a lot more yay to it.

For three years, this immersive art exhibit/experience has called Exposition Park its home. For the uninitiated, it’s basically like walking into a colorful, comic book-like experience ripe for selfie-taking.

Throughout its tenure, the space has offered a variety of themes or experiences, and for springtime this year, Rainbow Vomit is all about the love.

“Right now our theme is A Love Story,” Rainbow Rob said during a tour of RV’s latest exhibition. “We’re just leaning into those stories of love and acceptance that Rainbow Vomit has long circled around.” 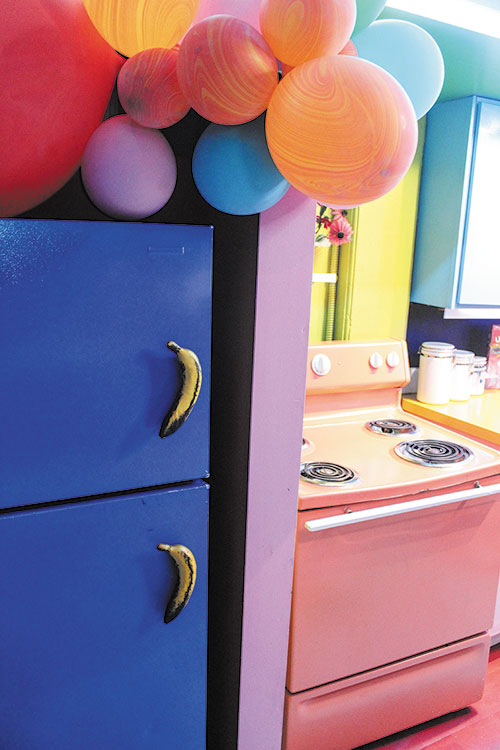 It was launched around Valentine’s Day, but experience director Rainbow Rob (nee Robert Andrews) and lead designer and curator Deanna Theis are holding over the exhibition, since love is in the air during this time of year.

The two founders are also partners in real life.

“For Deanna and me, this has been special personally and, in a way, a manifestation of our own love,” Rob said. “We want to share that with a wider audience, because the world just needs more love.”

Rainbows, love, acceptance are all keywords that resonate with the LGBTQ community for sure.

“The theme fit us and opened up creative possibilities for us,” Rob said. “We talk about accepting all the colors of the rainbow here, and you have to do that to find happiness.”

Rainbow Vomit is certainly about an upbeat vibe, and the team invites everyone to come out and feel the love — whether it’s a date night, a family outing or a group of single friends.

For those familiar with RV, the experience opens with the black and white room. Then crossover through the ribbon curtains into an explosion of color, art and balloons to first see Cupid’s Armory, followed by the Kissing Booth and an actual phone booth.

The RV team “and other vomiteers” usually work on any redesigns within the space, but some works are commissioned — like the Kissing Booth by graffiti artist Jose “Sparks” Rami.

The space celebrated its third anniversary in January. As Rob, Deanna and co-owner Jason Mendez and the rest of the team now have that time under their belts, new conversations have come up regarding the future of Rainbow Vomit.

“We really use this art form as a way to raise people’s spirits with impact,” Rob said. “This is a very positive experience, and it fills people with joy and happiness. But there are deeper levels we want to go through
“We’re determining — at this point – what is our grander vision?”

The magic of the space is that it appeals to the vanity in all of us. Who wouldn’t like a fabulous selfie with all these colors and shapes and props? But then visitors might find something special within its psychedelic walls.

“You may get a vibe that’s a bit deeper here. We allow people to create their own story here in this kind of big comic book,” he said.

In fact, people may even put down their phone to just take in this dreamscape of a place that sits across Fair Park.

After more flamboyant backdrops upstairs, Rob reveals A Love Story’s final fantasy back on the first floor: The cloud room is a mainstay of RV, and it’s like walking into a dream. Visitors are surrounded by “clouds” with lightning and comforting sounds. The vomiteers added a joyful feature into the room ready for that up, up and away selfie. 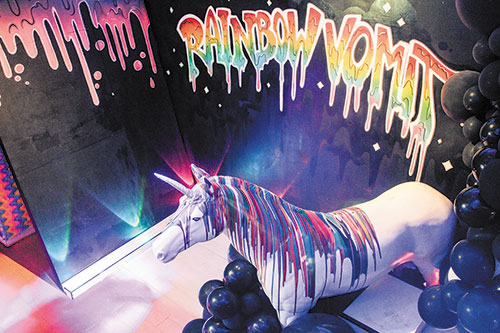 “It’s been such a positive experience. We have this mix of love songs playing, and we want people to just turn off the world and find our message of ‘exude love,’” Rainbow Rob said.

A Love Story is currently on display. For more information or to purchase tickets, visit RainbowVomit.com.