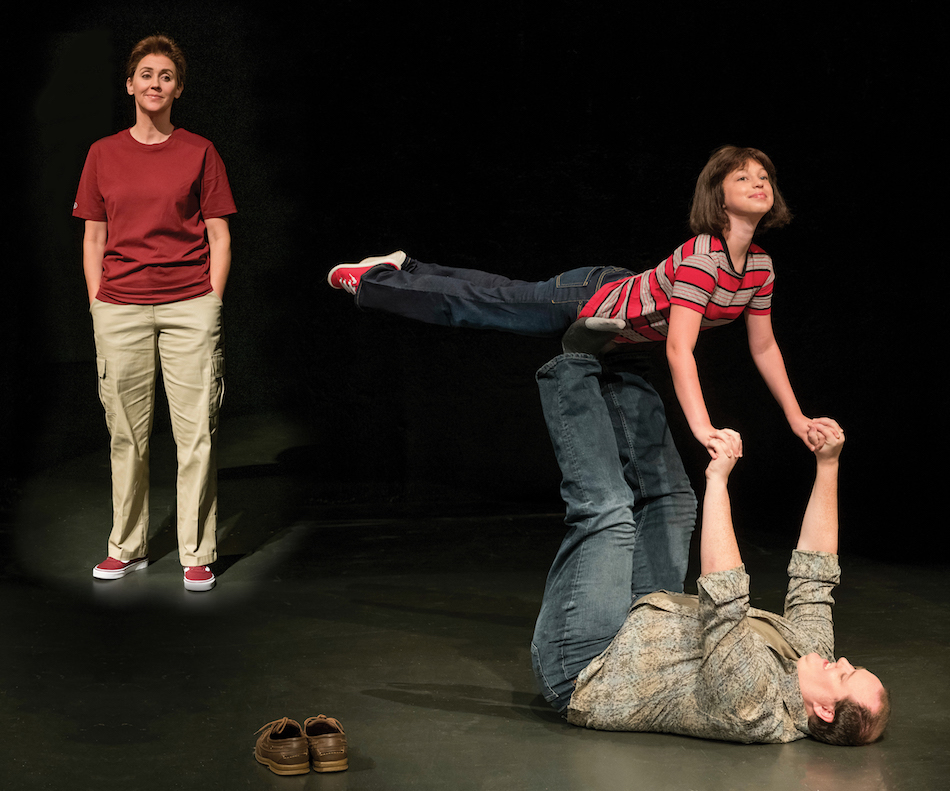 After its fabulous fun run of When Pigs Fly, Uptown Players follows up with the Tony-winning musical Fun Home, based on Alison Bechdel’s 2006 titular graphic memoir. The show opens Friday and runs through Aug. 29 at the Kalita Humphreys Theater. The show was originally slated for its 2020 season.

Fun Home was developed by Lisa Kron (book/lyrics) and Jeanine Tesori (score) and is often regarded as the first mainstream musical with a lesbian protagonist. The show dives into themes of family, sexuality and secrets, sometimes with dark overtones.

After her father’s sudden death, Alison dives into her past and tells the story of her untraditional family dynamic, with her strict, temperamental father defining a large part of her childhood. Switching from past to present, the musical presents Alison at three different ages, revealing memories of a uniquely dysfunctional family and their complex relationships within, as Alison navigates her queer identity and discovers her father’s mysteries along the way.

Fun Home is a uniquely emotional theatrical experience that courageously accepts vulnerability, and its universality relates to all audiences, presenting the idea that sometimes we never fully know the people closest to us.

Fun Home won five Tonys in 2015 for musical, book, score, direction and actor. The album was also nominated for a Grammy.