A place at the table 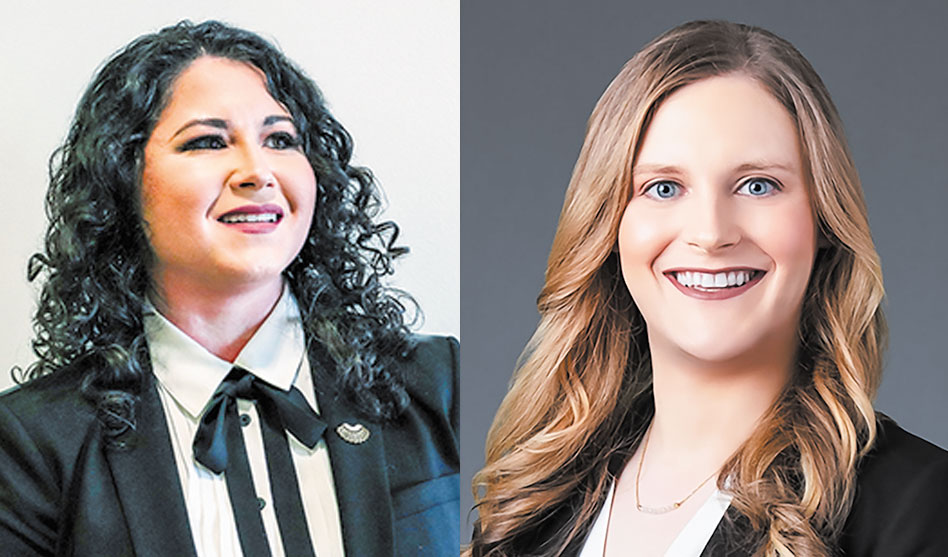 The Dallas Bar Association board of directors last week voted unanimously to elevate existing ex-officio board seats to voting director seats for both the president and president-elect of the Dallas LGBT Bar Association. DBA’s full membership will vote on amending DBA’s bylaws on Nov. 4.

Elissa Wev, an attorney and the secretary and vice president of membershjip for the Dallas LGBT Bar Association, said the final vote on Nov. 4 is just procedural and that she expects the president and president-elect to take their seats on the DBA board effective Jan. 1.

The Dallas LGBT Bar Association tried to achieve status equal to those other bar groups in 2020. While DLGBTBA was given non-voting status then, a new list of criteria for a voting seat was established. Among the new requirements was one that the group being considered for voting seats had to have been in existence for at least five years. While the LGBT Bar Association was established in Dallas in 1999, the association could not prove it had remained the same organization continuously throughout that time. So the DBA gave the LGBT group provisional approval.

Dallas LGBT Bar Association President Callie Butcher said that for the last two years, the LGBT group has been getting the necessary paperwork in order while at the same time working to change hearts and minds among other DBA members.

And when Butcher takes her seat on the board as a voting member on Jan. 1, she will be the first trans person to sit on the Dallas Bar Association board.

The Dallas LGBT Bar Association is an organization for lawyers, law students and related professionals who share an interest in laws affecting and protecting the LGBT communities. “We provide a community for LGBT attorneys and allies,” Butcher explained.

That community includes get-togethers, mentoring and providing CLE programs on topics of interest to their members. Butcher explained that attorneys are “often siloed in their firms,” and the LGBT organization offers ways for LGBT attorneys to build their professional network.

And while Dallas is a big blue dot, Wev explained that the legal profession can be quite conservative. Depending upon the firm, it can be difficult for some attorneys to practice law as their authentic selves.

The DBA, for its part, is “dedicated to the continuing education of its members as well as public service programs and improvement of the administration of justice.”

The Dallas Bar Association was founded in 1873 by 40 attorneys and now has more than 11,000 members. It is, Butcher said, one of the most active bar associations in the country.

Butcher sees growth for the LGBT Bar Association because of the increasing numbers of LGBTQ law students. Neither Wev nor Butcher had a specific reason for the increase, although Butcher suggested that landmark decisions for equality have inspired many young people to become a part of that process.

And while gaining a vote on the board didn’t surprise either one, both Butcher and Wev said they were gratified that the amendment passed unanimously.

“Everyone in the room was happy with the vote and how it happened,” Butcher said. “There were people who attended that meeting who are normally not at meetings.”

She said supportive remarks were made, and a past president spoke saying the change was long past due.

Wev said the LGBT Bar threw a Pride event at Sue Ellen’s in June. She said it was a lot of fun and well attended by members of the DBA. Three appeals court judges even made an appearance. After that, Wev said, “the Dallas Bar helped us navigate the process.”

As for the future of the Dallas LGBT Bar, Wev said in-person events have come back more slowly in the LGBTQ community than elsewhere because so many people are immune-compromised. But she said she hoped to see gender marker clinics and estate planning and wills workshops return in the spring.

To contact the Dallas LGBT Bar Association, email info@dallaslgbtbar.org or visit DallasLGBTBar.org and go to the Contact Us page.